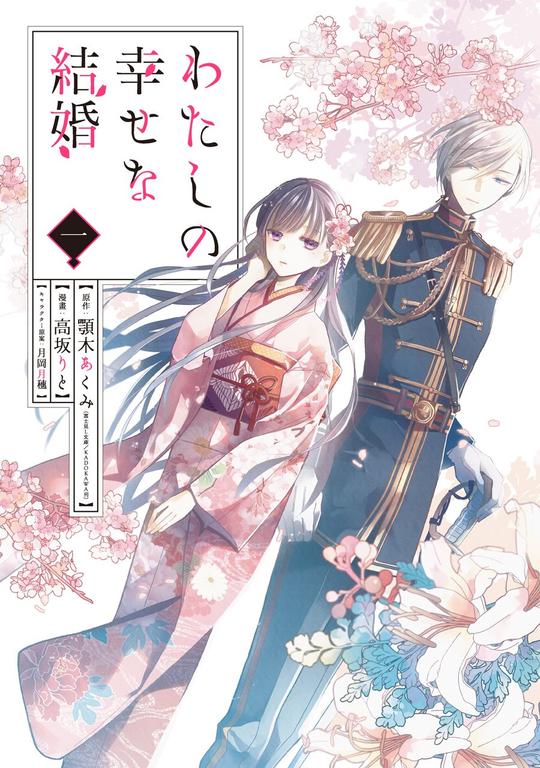 If you’re looking for a good book or manga recommendation, either a librarian or a bookstore clerk would probably be able to help you. So, if clerks across Japan all recommend the manga My Blissful Marriage (Watashi no Shiawase na Kekkon), they probably know what they’re talking about.

The series by Akumi Agitogi (author), Rito Kousaka (artist), and Tsukiho Tsukioka (designer) started out as a light novel. It’s a fantasy/romance story, with some Cinderella-ish overtones. We have a woman who is mistreated by her step-sister. Her parents don’t love her. She didn’t inherit the ‘abilities’ of her family. And so she gets married off. Worse yet, her new husband is rumored to be ‘cold and ruthless.’ Well, that’s just the start of the story.

My Blissful Marriage topped Honya Club’s 2021 Zenkoku Shoten’in (‘nationwide bookstore clerk’) list of recommended manga, for which they asked clerks across Japan for their opinion.

Although My Blissful Marriage slipped past the reviewers at OTAQUEST, quite a few of the other manga on the list attracted our attention:

4) Oshi no Ko, by Aka Akasaka and Mengo Yokoyari

5) The Cuckoo’s Fiancee, by Miki Yoshikawa

7) Kemuri to Mitsu (Smoke and Honey), by Hiroko Nagakura

8) Call of the Night (Yofukashi no Uta), by Kotoyama

12) Onna no Sono Hoshi (Stars in the Women’s Garden), by Yama Wayama

13) Ninja to Gokudou (Ninja vs. Yakuza), by Shinsuke Kondo

Honya Club also posted a list of manga selected by publishers. Some of these are the same as the first list, but there are some differences:

1) Onna no Sono Hoshi (Stars in the Women’s Garden), by Yama Wayama

4) Oshi no Ko, by Aka Akasaka and Mengo Yokoyari

5) Ninja to Gokudou (Ninja vs. Yakuza), by Shinsuke Kondo

8) Boku no Kokoro no Yabai Yatsu (The Bad Guy in My Heart), nicknamed BokuYaba, by Norio Sakurai

9) Magus of the Library, by Izumi Mitsu