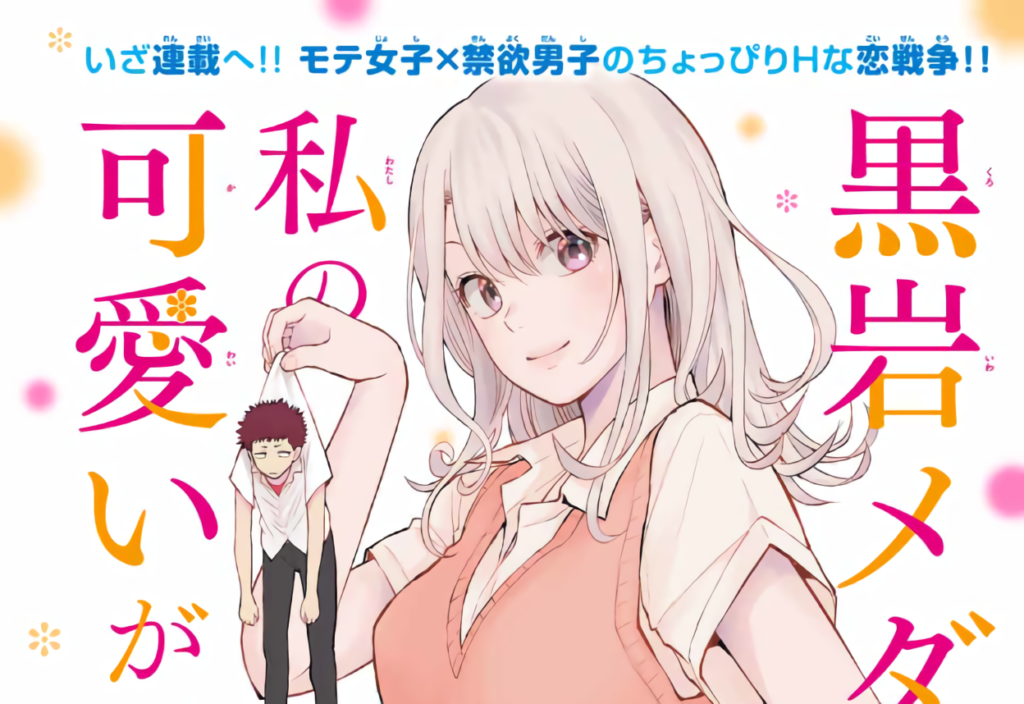 Another day, another love comedy for Weekly Shonen Magazine. It’s almost an inevitability at this point, but Kuroiwa Medaka ni Watashi no Kawaii ga Tsuujinai or My Cuteness Isn’t Getting Through to Medaka Kuroiwa is a little different: it shows that the editorial department’s recent gambits are working.

Penned by Ran Kuze, the original one-shot of the same name was initially published in Magazine last December. This came as part of a ‘love comedy rush,’ whereby the editorial department were attempting to double down on the success they had found with Miki Yoshikawa’s The Cuckoo’s Fiancee by starting similar series and publishing relevant one-shots.

For the most part, this campaign appears to have worked. After all, My Cuteness Isn’t Getting Through to Medaka Kuroiwa isn’t the only series to get a serialization off the back of it: Amagami-san chi no Enmusubi (lit. Marriage Ties of a Sweet God’s House) by Marcey Naitou was already turned into a proper series last month following overwhelmingly positive reader feedback. 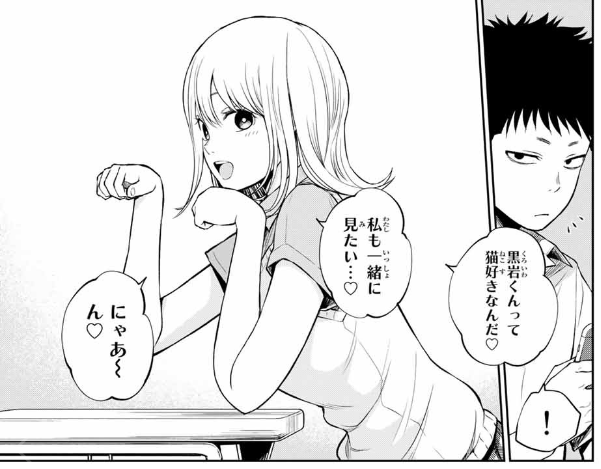 My Cuteness Isn’t Getting Through to Medaka Kuroiwa may have gone through the same process, since the article from Oricon says that it was well received. Stemming from this, it seems like just a matter of time before the last remaining one-shot published as part of this campaign, Koi ni Utsutsu wo Nukasubekarazu!! (or I Must Not Get Hooked on Love!!), gets a serialization, too. Provided that it was well received, of course.

Whether you want to read yet another love comedy or not, one thing’s for sure: My Cuteness Isn’t Getting Through to Medaka Kuroiwa will have an audience when it begins on 26 May. You can get a feel for the series in the animated voice comic that was released alongside the serialization announcement: it follows the attempts of stylish high school student Mona Kawai to get her ‘austere’ classmate Medaka Kuroiwa to notice her.