My Hero Academia 4 Episode 25 Review: The New Number One 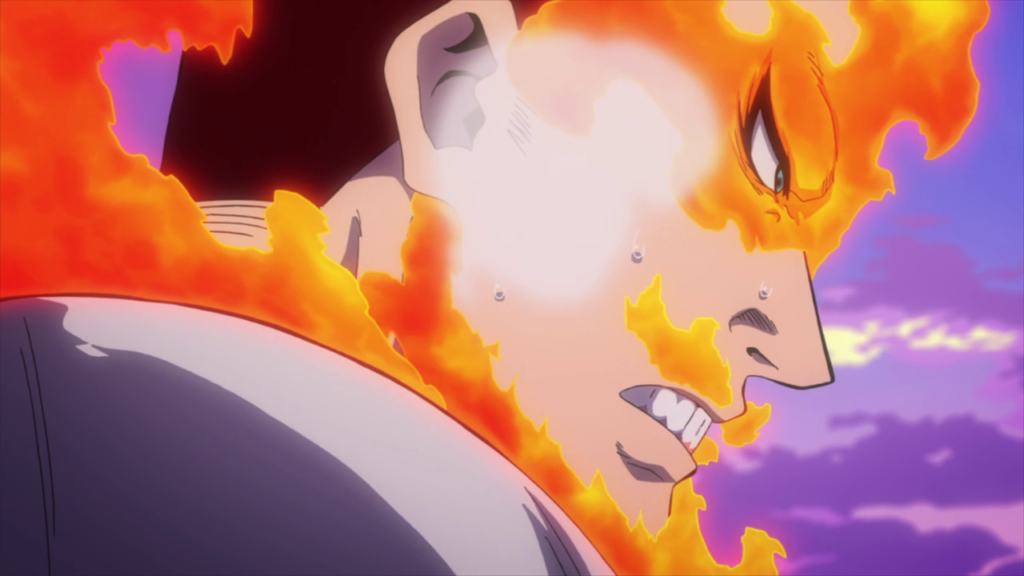 Elevating Endeavor to the position of number one was always bound to cause some controversy. The legacy of his abuse is simply too much for some to stomach, and that is totally fine. Nevertheless, what My Hero Academia 4 Episode 25 shows is that his character development is much more nuanced than may first seem, which should serve to counter some of the more tiresome discourse.

From the very beginning of this episode, Endeavor’s abusive past is front and center. The first scene goes to his children Fuyumi and Natsuo and his wife Rei, who discuss the question of their father and support him during his darkest hour. Todoroki, too, has no choice but to cheer for his father when all seems lost. Endeavor even remarks to the High End Nomu that he was once like him – obsessed with power and willing to destroy everything to obtain it. This is the through-line that runs through the entirety of this episode, and only some resolution is offered.

Firstly, that last scene with the High End Nomu is particularly important as it shows how Endeavor is attempting to reconcile with his past: he understands what he did was wrong, but isn’t interested in changing it through apologies or appeals. That’s why his speech at the Japanese Billboard Hero Chart event was so laughably short – he’s all about action, proving that he’s strong enough to be number one. It is by doing so that he is coming to terms with his past, albeit slowly. 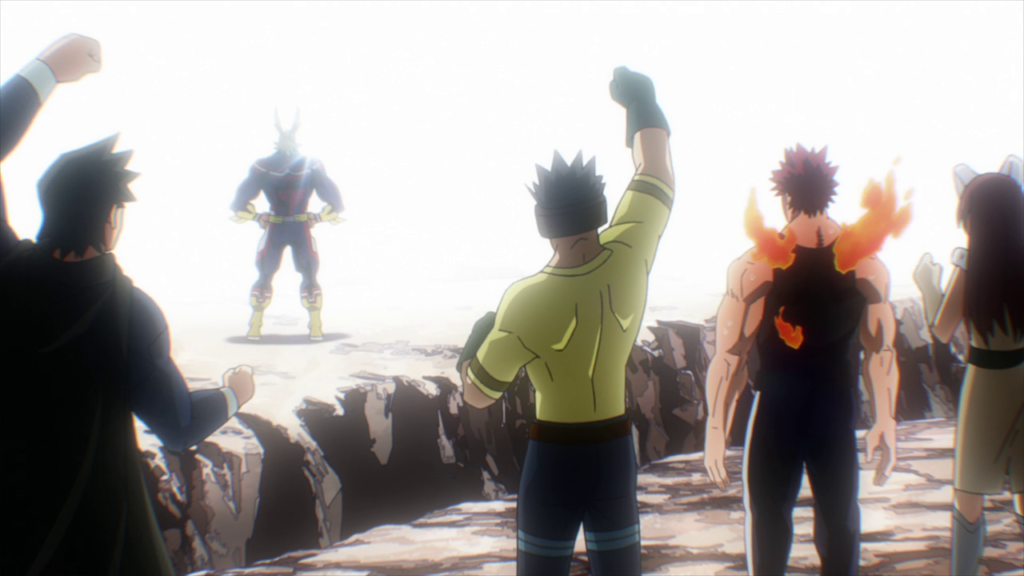 Secondly, Hawks’ revelation that it was only ever Endeavor who was seriously attempting to catch up to All Might offers some explanation as to why he did the things that he did. Our heroes, as humans, are not impervious to the pressures that surround them, and the sheer pressure of trying to match the overwhelming power and prestige of the Symbol of Peace was what pushed Endeavor into his abusive mindset. That is not meant to explain away his past crimes, but merely provide a reason as to why.

Discussing Endeavor and his character development is difficult not just because of the controversial subject matter, but because so much of it is still ongoing. Even so, it seems clear to me that his journey is about much more than a question of ‘forgiveness,’ as some have attempted to paint it. Whether or not he even wants to be forgiven is one issue, along with the fact that there are multiple other issues that lie beneath the surface. My Hero Academia 4 Episode 25 offers us a little taste of that.

Regardless of what you think of Endeavor as a character, his firm status as the new number one hero cannot be denied. In fact, the way that he steps up to the plate during his fight with the High End Nomu feels a lot like his Kamino moment – something which is telegraphed outright by his finishing pose.

Nevertheless, his victory would’ve been impossible without the help of Hawks, who (literally) pushed him forward at several junctures. There is a clear synergy between the two characters, which I hope that anime-only viewers are coming to appreciate.

Furthermore, this episode would not have had nearly as much emotional resonance without the solid work on the production side of things by Studio BONES. Whether or not it reaches the heights of Kamino is an open question, but credit has to be given to the sheer amount of impressive animation cuts during the fight with the High End – Yutaka Nakamura even makes an appearance after several weeks out of the limelight. The fact that the studio can pull this off 25 episodes in is a testament to their organization and talent, so some applause is in order.

All in all, My Hero Academia 4 Episode 25 is an explosive finale to a season that threatened to fall apart under the sum of its tonally diametrically opposed parts but managed to pull through thanks to impressive animation and compelling character development, among other things. But what can we expect going forward? 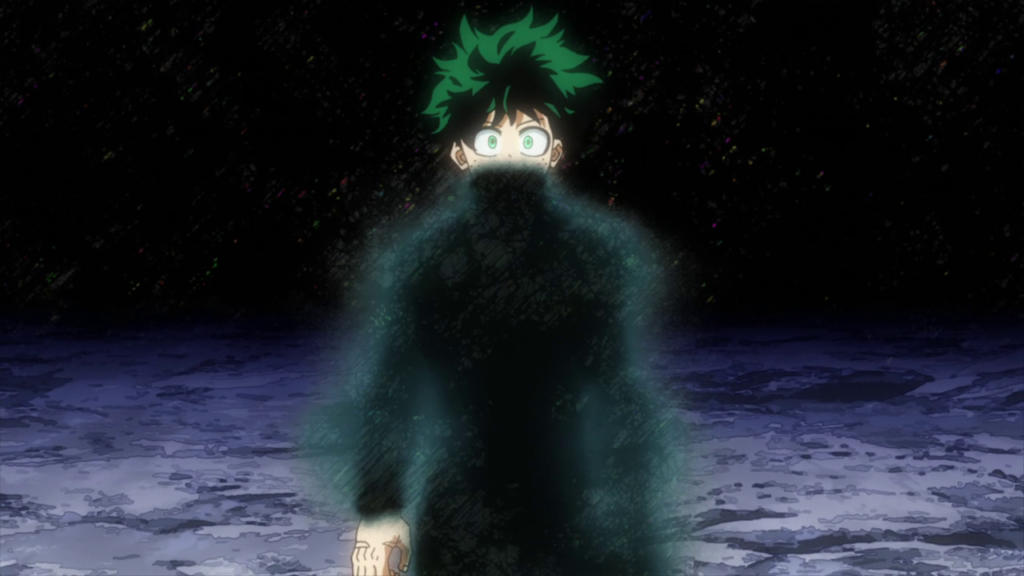 Aside from the fact that season five has already been announced, the final sting of the episode offers us a little taste of that: Deku awakes in a dream to meet with all of the previous holders of One for All, wrapped in a mysterious fog. I won’t say what will come of this for fear of spoilers, but needless to say that things will never be the same again.

Leaving off on a cliffhanger is always a risky move, but at least we can be fairly sure that we will see the story resume fairly soon. Plus, it could have been much worse – chapter 190 of the original manga, where the episode more or less leaves off, has an ending that is arguably even more breathtaking. So, thank your lucky stars.

You can watch My Hero Academia 4 Episode 25 via Crunchyroll.