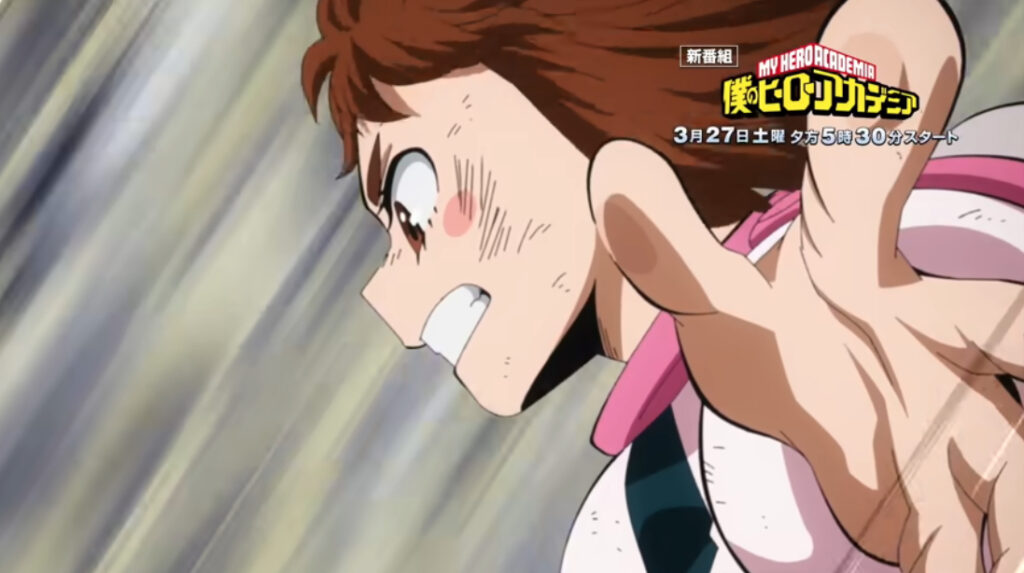 My Hero Academia will return in just a couple of weeks with its highly anticipated fifth anime season. And to help fans get hyped for the superpowered start of Season 5 on 27 March, Toho Animation posted a pair of short PVs to its YouTube channel on Saturday. You can see the promos (one video divided into two parts, really) here:

The video features two of my favorite U.A. High School heroes, the explosive Bakugo, and anti-gravity girl Ochaco. Funnily enough, the Bakugo version is all-male, while the Ochaco version focuses on the women, except for one brief glimpse of Deku.

It’s nice to see a shonen series not forget about its heroines, and My Hero Academia has some memorable and likeable ones that you really want to root for (especially Ochaco, Tsu-chan, and Kyoka Jiro IMHO). 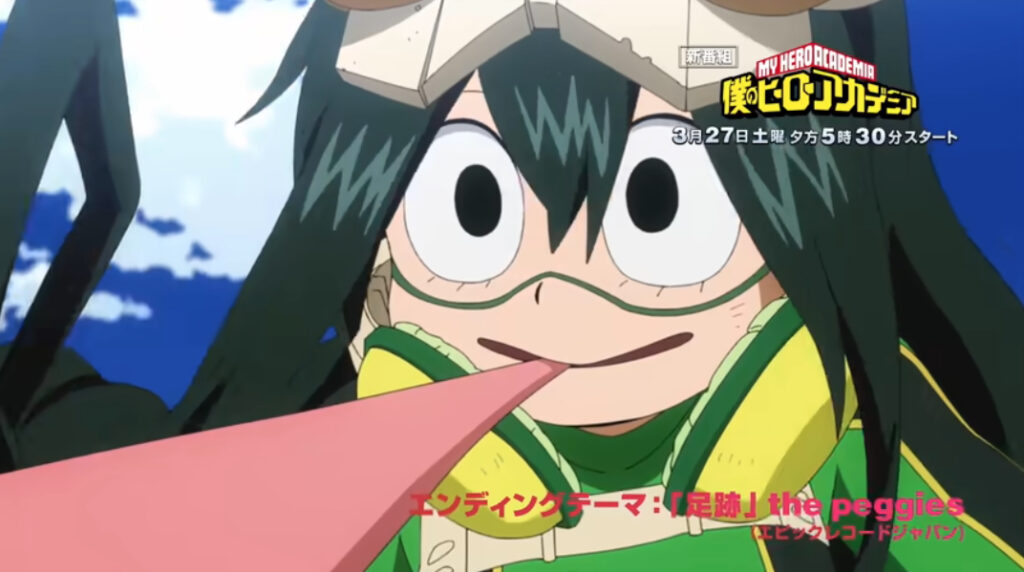 The two promos also have brief glimpses of the fifth season OP and ED songs. The first one (Bakugo) features the opening theme, ‘No. 1’ by DISH. The second one (Ochaco) features the ending theme, ‘Ashiato’ (Footprints) by The Peggies.

(DISH is also all-male and The Peggies is an all-female band… I see what you did there, Toho.)

Based on what we know from the manga and previous promos, season 5 will feature our heroes being divided up into teams for a competition between classes. But the teams supposedly won’t be gender-based. You can hear more of DISH in this promo from February:

Also, there will be some stuff planned for the anime series’ fifth anniversary. Not to mention a new movie coming soon. Add it all up, and it looks like another exciting season of PLUS ULTRA action.

You can catch up with My Hero Academia at Crunchyroll.