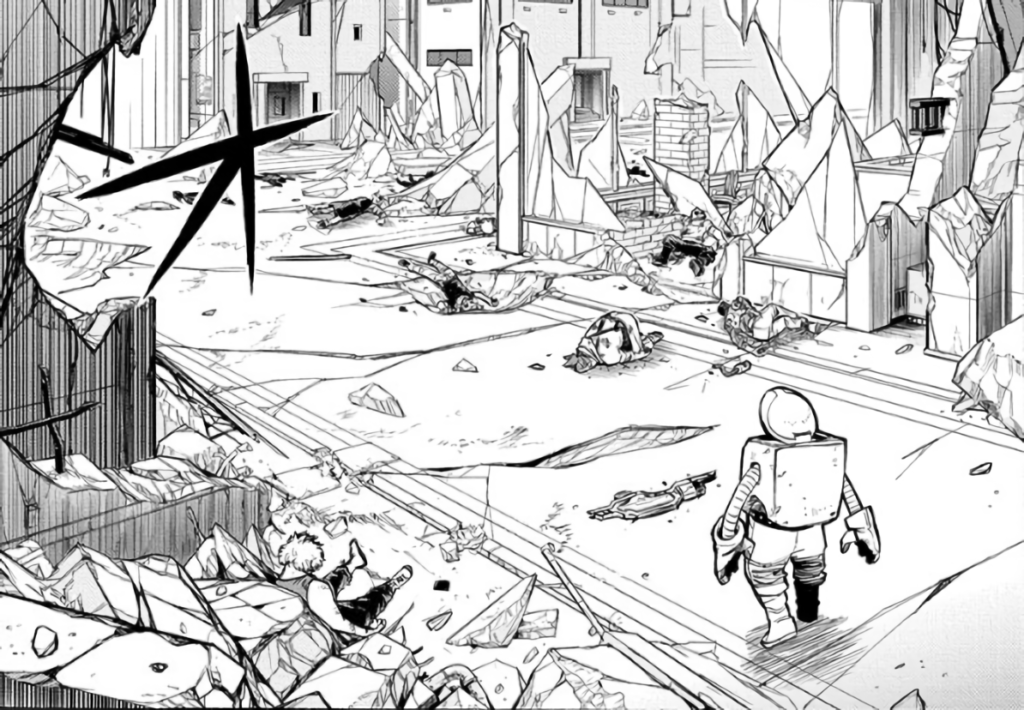 The beginning of a new week can only mean one thing: time for new Weekly Shonen Jump! This is where Jacob investigates the latest and greatest in the magazine, telling you what’s worth your time and what’s not. You can find coverage of other series under the tag Jump Time. Here’s My Hero Academia chapter 300.

It’s been a long time coming, but the villainous forces of My Hero Academia may have finally done it: brought about the end of hero society. Although the League of Villains originally planned to do so by killing All Might, they eventually achieved their goal in a different way: exposing Endeavor’s scandalous past, along with unleashing the Nomus and various imprisoned villains from Tartarus. Stemming from this, My Hero Academia chapter 300 is perhaps one of the darkest in the series, and one that brilliantly explores the fallout of the Paranormal Liberation War.

In My Hero Academia chapter 300, society appears to have reverted to how it was when Quirks first appeared, all those years ago: civilians are taking the law into their own hands, using support items to defend themselves and their homes from villain attack. Yet, the average person isn’t used to using such weapons, and thus such battles are ‘rarely contained’ and ‘often incurred excessive damage and casualties,’ to quote Pro Hero Wash.

Amidst the chaos of a decaying society and under immense pressure to defend it, Pro Heroes are retiring one after another. This includes Yoroi Musha, the former number nine Pro Hero, who decides to ‘fall on [his] own sword’ in My Hero Academia chapter 300. Even so, the public isn’t sated, with journalists rightfully saying that he’s just ‘dodging any real responsibility.’ In particular, their ire is drawn to the one who stands at the top of hero society: Endeavor, the number one Pro Hero and the new ‘Symbol of Peace.’ 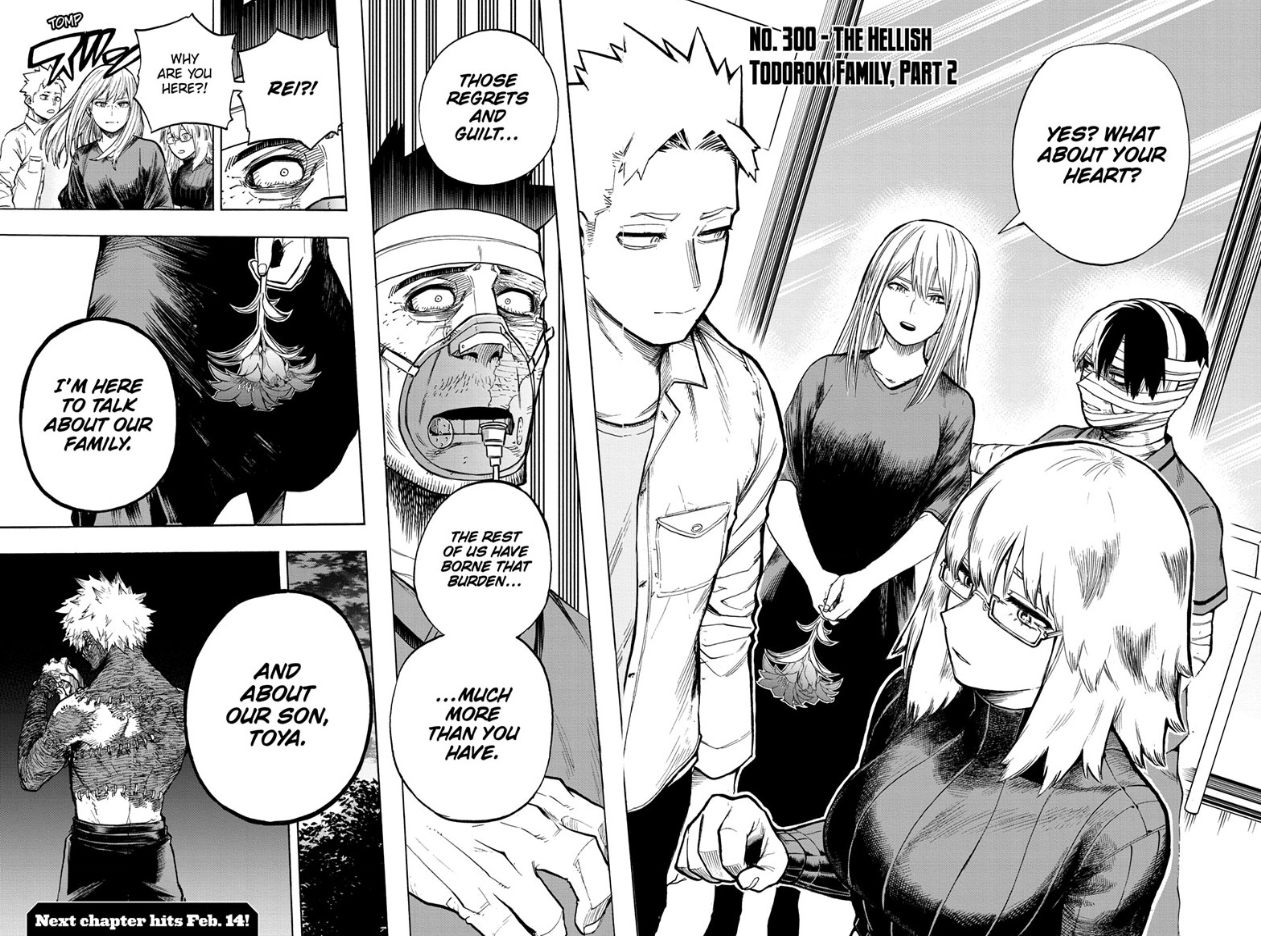 Any chapter exploring the complex and multifaceted nature of Enji Todoroki as a character always ends up mired in controversy, but I’ve never understood quite why. For all those who complain about Kohei Horikoshi trying to ‘redeem’ him, he’s said multiple times that he’s not interested in atonement; when his wife Rei visits him in hospital in My Hero Academia chapter 300, she lambasts him, saying, ‘What about your heart? Those regrets and guilt… The rest of us have borne that burden much more than you have.’ Rei is saying very clearly here that she has no intention of forgiving him, but that the Todoroki family needs to talk after the revelation that the murderous villain Dabi is, indeed, their son Toya.

Endeavor aside, My Hero Academia chapter 300 also combats beautifully the idea that the Paranormal Liberation War was somehow pointless or bereft of consequence. Clearly, Horikoshi has been thinking for a very long time, how he can further his exploration of what truly makes a hero, and this chapter has me confident that the new status quo will allow him to continue to do this in interesting ways. For all intents and purposes, how our heroes both young and old face up to this momentous sea change in society will be their making.

You can read My Hero Academia chapter 300 for free via VIZ Media.