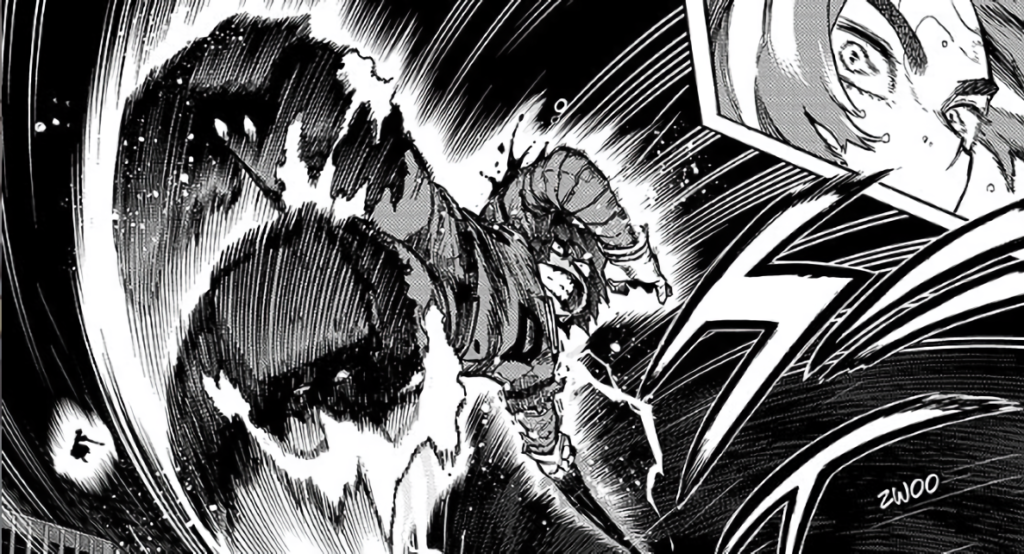 The beginning of a new week can only mean one thing: time for new Weekly Shonen Jump! This is where Jacob investigates the latest and greatest in the magazine, telling you what’s worth your time and what’s not. You can find coverage of other series under the tag Jump Time. Here’s My Hero Academia chapter 315.

The question of what the third wielder of One for All’s Quirk actually is has been in the background of this latest arc for a while, but My Hero Academia chapter 315 finally provides a concrete answer.

Fa Jin. This is what actually gets Deku out of a bit of a pickle in his fight with Lady Nagant, but what exactly is Fa Jin? Well, it’s an Emitter-type Quirk much like One for All itself, but there’s an interesting twist: only by repeating regular motions can energy be stored up for later use. And when the user chooses to release that built-up energy, they can gain incredible amounts of speed and power.

The comparisons with One for All are obvious when Deku uses Fa Jin at multiple points in My Hero Academia chapter 315 to unleash ‘Faux 100 Percent,’ but more on that later. For now, we should talk about Lady Nagant: an opportunity to discuss her unfortunately never presented itself until now, but that doesn’t mean she isn’t worth talking about. Rather, the way that she grew disillusioned with hero society after being used as a tool to maintain it was excellent writing on Kohei Horikoshi’s part, fitting in perfectly well with his newly grey view of what it means to be a hero. 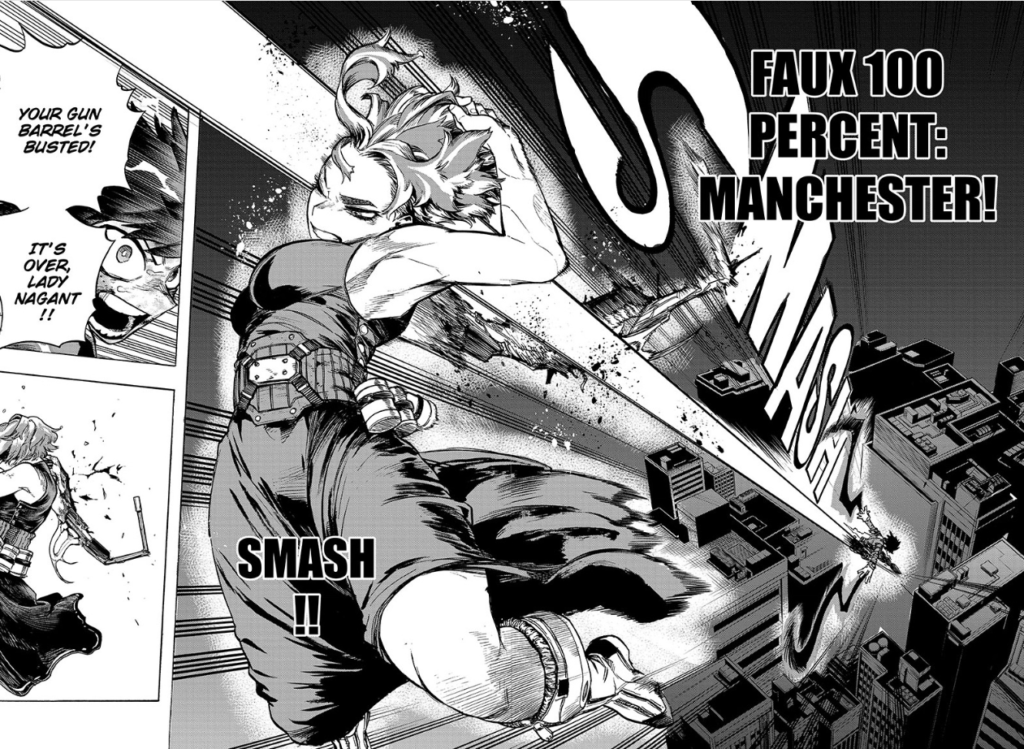 What’s more, the fight with Lady Nagant is a strong indication of how much Horikoshi’s writing has come on over the years. Some fights, particularly Deku vs. Muscular, drew criticism at the time for essentially boiling down to ‘who can punch harder’: here, though, Horikoshi has taken more of a mechanical approach and rooted the twists and turns of the clash almost entirely in Deku’s abilities, how much control he has over them, and how many he can use at once.

Fa Jin is what brings the fight between Deku and Lady Nagant to a close in My Hero Academia chapter 315, but not because he just punches her harder. Rather, it’s all about how he uses One for All, Blackwhip, and Fa Jin together at the same time to unleash a ‘Faux 100 Percent’ Manchester Smash. He also manages to save Chiaki (aka Overhaul) from getting shot by moving faster than a speeding bullet, although Nagant’s aim was off, anyway.

This suggests that she didn’t actually want to kill him, providing a tiny glimmer of hope that this former hero can be brought back to the side of the light. Deku almost nearly has her convinced, too, but then a ‘failure clause’ implemented by All for One when he gave her an extra Quirk is activated.

Whether Nagant will die is another question entirely, but it sure does leave My Hero Academia chapter 315 off on a bittersweet note. At least Deku has the third Quirk down pat!

You can read My Hero Academia chapter 315 for free via VIZ Media.