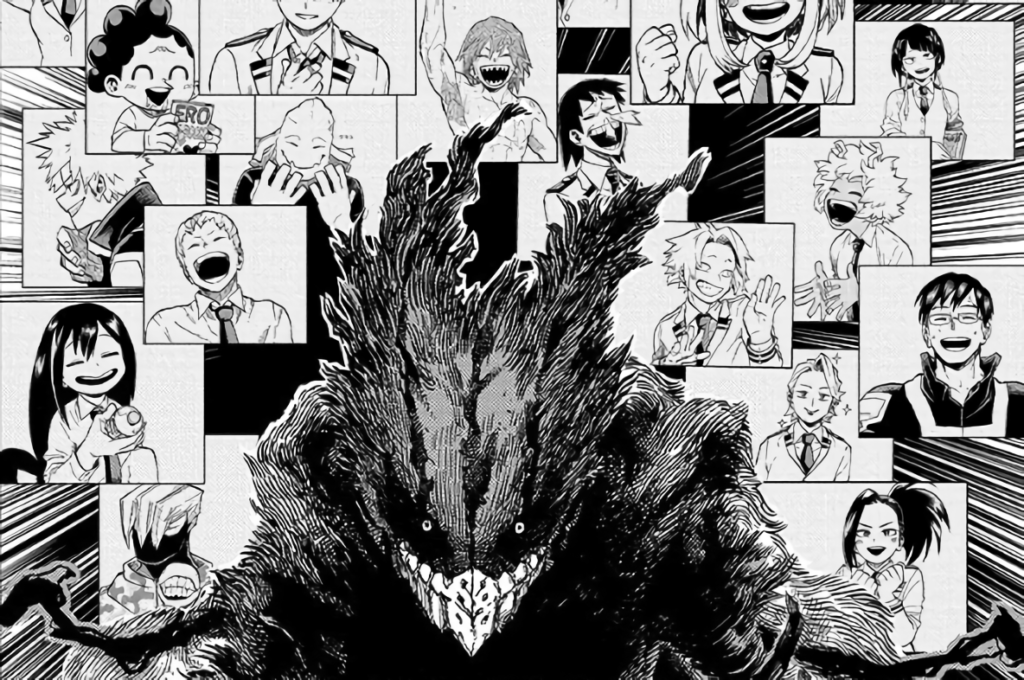 The beginning of a new week can only mean one thing: time for new Weekly Shonen Jump! This is where Jacob investigates the latest and greatest in the magazine, telling you what’s worth your time and what’s not. You can find coverage of other series under the tag Jump Time. Here’s My Hero Academia chapter 318.

Last week, an observation made by a certain Hero Killer Stain struck at the heart of Deku’s predicament in My Hero Academia chapter 318: ‘Looking at him, you’d never guess he was a hero.’

Caked with blood and filth and with Quirks spilling out of him, the young hero is obsessed with stalking any and all links to the League of Villains. He may not show it, but All for One’s taunt at the end of chapter 316 that ‘Now it’s your turn’ (an obvious nod to what All Might said at the end of the Kamino Incident) has shaken him quite a bit. Luckily, someone appears towards the end of My Hero Academia chapter 318 that might lift his spirits.

Before that, however, My Hero Academia chapter 318 does a very good job of showing just how low Deku truly is. He brushes off Endeavor’s warnings, remarking that ‘I’m still on my feet. I’m fine.’ The former users of One for All debate whether this approach is necessary, with the second noting that ‘inaction is not an option. Especially given the circumstances.’ He may have a point, but Deku doesn’t exactly strike as a heroic silhouette, accidentally being mistaken for a minion of All for One by someone he saves at one point. 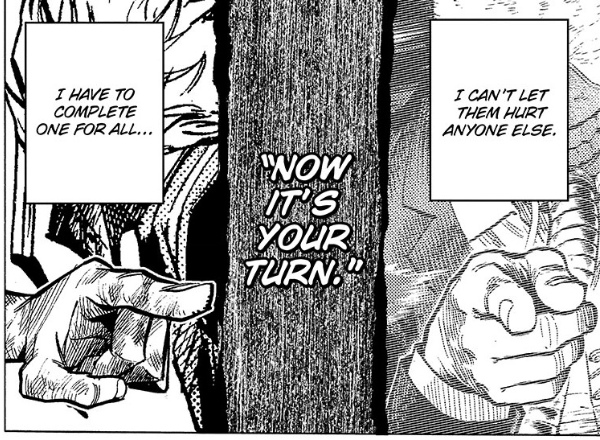 What is fuelling this relentless determination? Well, it’s partially due to All for One’s taunts, but we already knew that Deku was moralistic to a fault. At the end of the day, he just wants to create a world where he can ‘smile together again’ with his friends and family, even if his appearance doesn’t exactly match this sense of naive justice. This contrast only serves to highlight the dead end he has found himself in.

Eventually, fatigue gets the better of Deku in My Hero Academia chapter 318 as he takes on the villain Dictator and fails to come up with an effective strategy to counter his Quirk, Despot. Lying on the ground, he appears to have given up all hope , when who else would appear but Bakugo! His line ‘He’s here, guys’ also seems to suggest that some other U.A. students are close behind, which should serve to remind Deku that he’s not alone in these dark times. 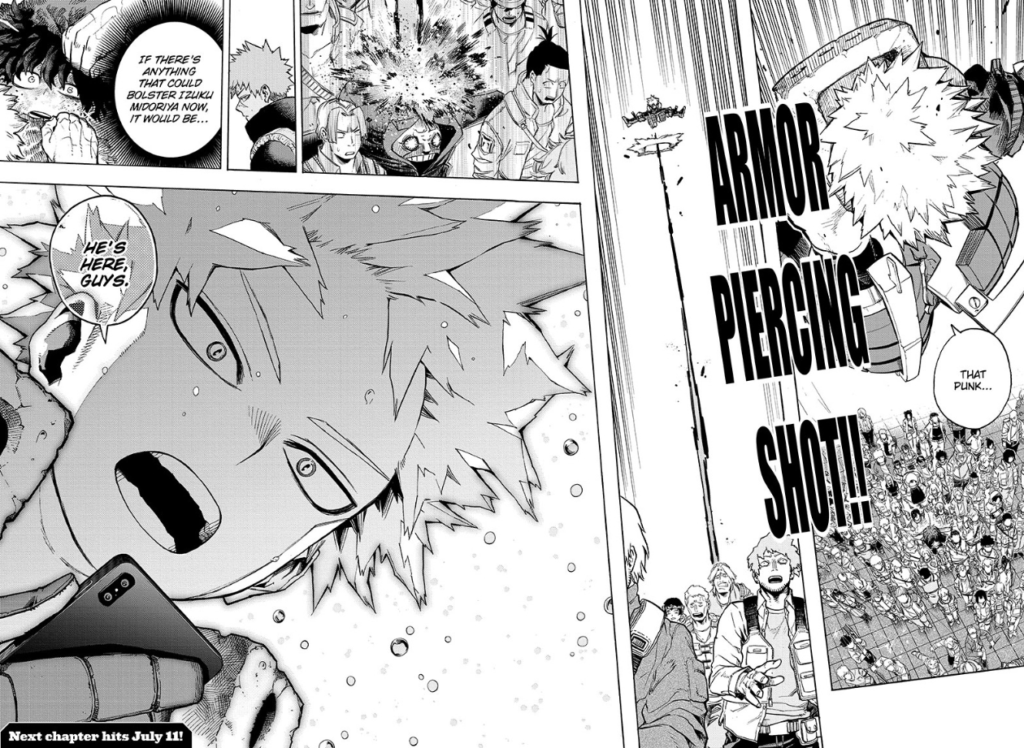 To be honest, I’ve been wondering what happened to Bakugo and the others ever since the timeskip, so it’s great to see them back. That being said, the point of My Hero Academia chapter 318 is very clear: establish a concrete baseline from which the new, ultra-powered Deku can rise up from and eventually defeat All for One.

Horikoshi does some excellent work in depicting this rock bottom throughout My Hero Academia chapter 318, even going as far as to not show us Deku’s eyes until the very end. It is an absolute masterclass in visual storytelling, and I can’t wait to read more when the series comes back from its short break on July 11.

You can read My Hero Academia chapter 318 for free via VIZ Media.