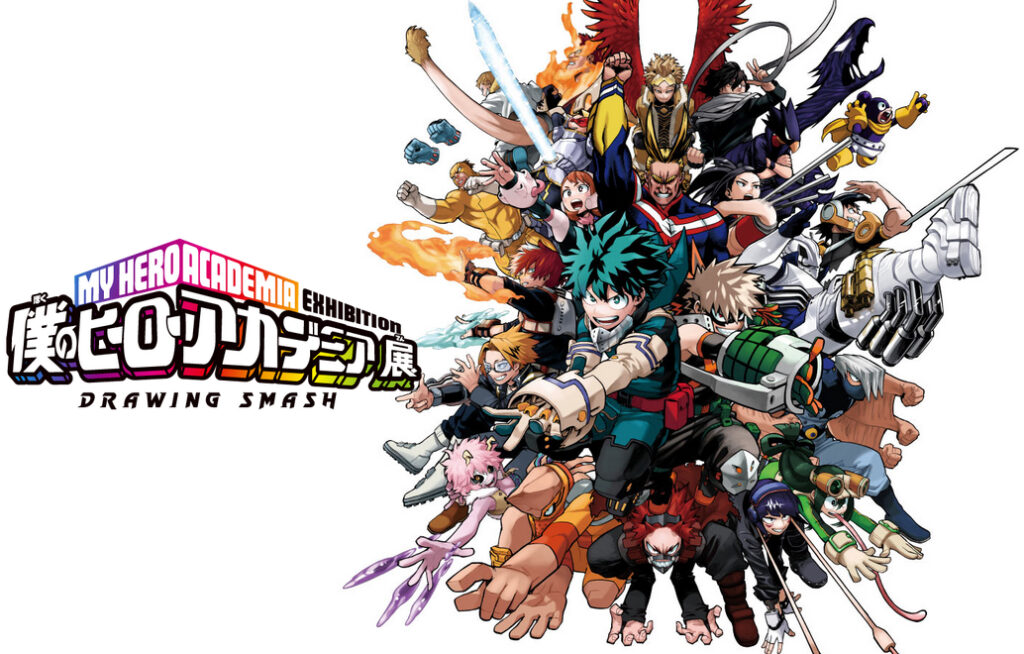 Fans of the superhero anime series My Hero Academia have a new art exhibition to look forward to next year. The My Hero Academia DRAWING SMASH exhibition will feature drawings by manga artist Kohei Horikoshi from 23 April to 27 June 2021 in Tokyo. It will also appear in Osaka from 16 July through 5 September.

The Tokyo dates of the exhibition correspond well with the Spring 2021 Season 5 start date for the anime series (April 2021 is an educated guess, based on typical Japanese TV schedules.) Meanwhile, the Osaka dates would seem to match up with the anticipated third movie.

DRAWING SMASH will include Horikoshi’s handwritten documents and a video exhibition. ‘I didn’t think that I would open the original exhibition, and after hearing the story from the editor-in-charge, I was anxious and hungry,’ Horikoshi stated in a message posted on the My Hero Academia exhibition’s Twitter account on Sunday. ‘We are working on various things so that those who come will never lose!’ 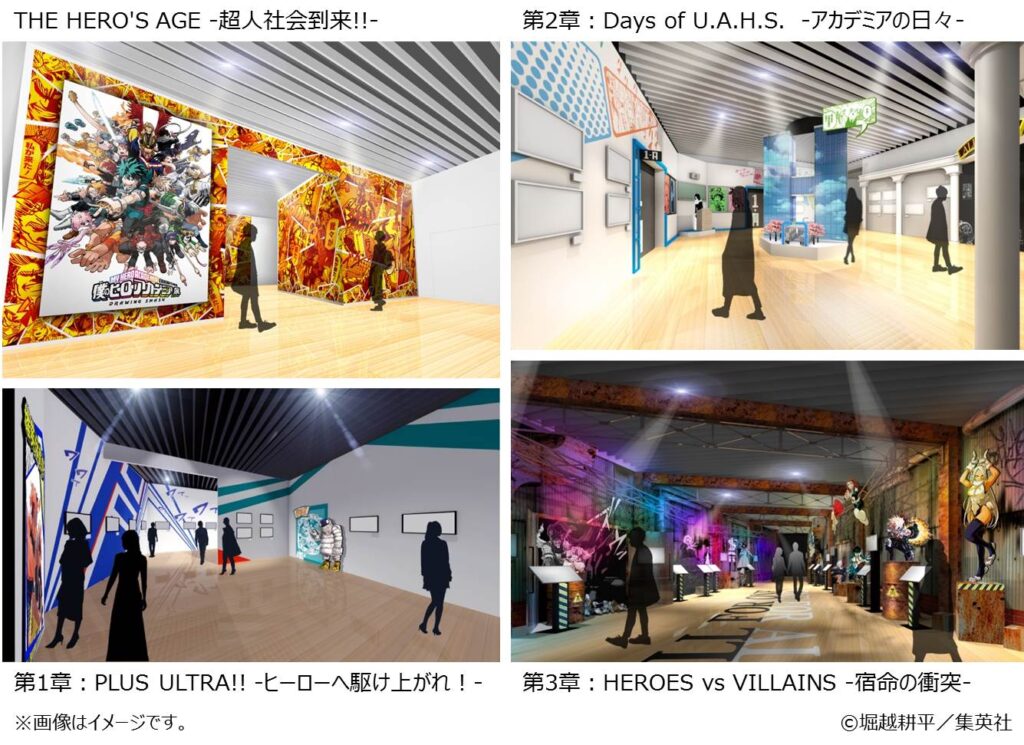 The My Hero Academia DRAWING SMASH exhibition will be divided into three ‘chapters.’  ‘Chapter 1: Plus Ultra! Run Up To The Hero’ will look back on the various trials and threats which Deku and the other heroes have faced. ‘Chapter 2: Days of U.A.H.S. – Academia Days’ will include a diorama of the heroic high school. It will also have a hero department training scene and ‘an unusual class scene.’ ‘Chapter 3: Heroes vs. Villains – Collision of Fate’ will look like a villain’s hideout and will include scenes featuring each character.

In addition, ‘The Hero’s Age- The Arrival of A Superhuman Society’ will feature an ‘American comic’-style entrance gate. My Hero Academia’s animation studio, Studio BONES, will also exhibit videos and other content.

Horikoshi recently created the key visual for the exhibition, which can be found on the exhibition’s website. The website launched on Sunday. The visual features 24 characters from the series.  If you look closely, you might find your favorite character somewhere in there. However, Deku, Bakugo, and All Might are a lot more noticeable than Ochaco Uraraka (buried to the left of All Might), or Tenya Iida (his rocket leg is more visible than his head).

In Tokyo, the exhibition will be at the Mori Arts Center Gallery in Roppongi Hills. The gallery has hosted other anime exhibitions before, including Attack on Titan in 2019; Cardcaptor Sakura in 2017; and Doraemon in 2017. In July, the exhibition will move to the Event Lab/ Knowledge Theater of the Knowledge Capital, North Building of Grand Front Osaka, on the north side of Osaka Station.

The first four seasons of the series are available at Crunchyroll.