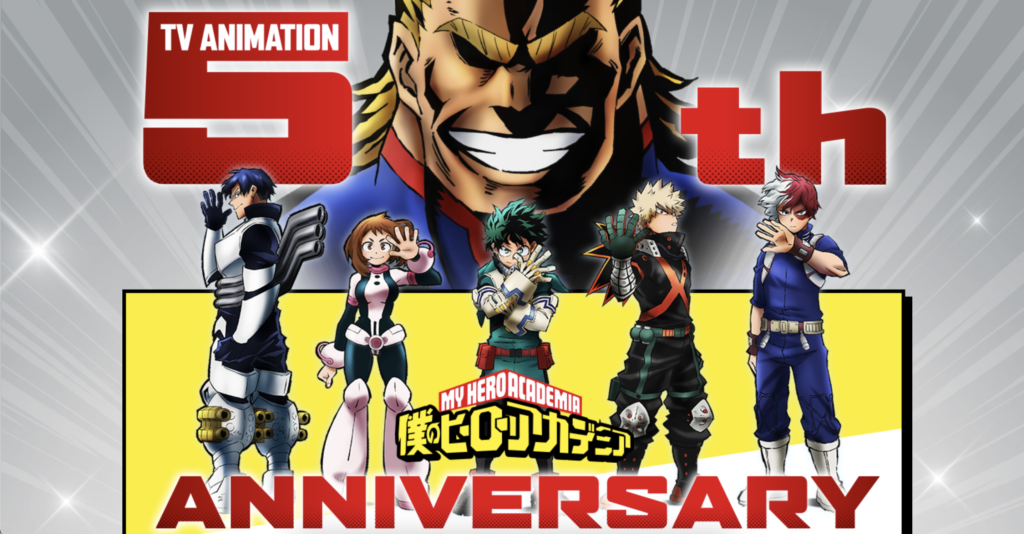 This April marks the fifth anniversary of the TV anime My Hero Academia, and it seems that BONES and Shueisha have some festivities planned. The fifth season of the anime series is just around the corner and there are some other goodies planned in the pipeline.

Today, they released with a special website dedicated to the celebration that will include all the events.

BONES and Shueisha made the following announcement on the special website for the fifth anniversary:

The first season of the TV anime aired on April 3, 2016, and up until the fourth season, a total of 88 episodes, 4 original anime seasons, and 2 theatrical releases have been produced for the anime My Hero Academia. This year, 2021, will be the 5th anniversary year since the start of the TV anime, and in addition to the broadcast of the 5th season of the TV anime, the release of the 3rd theatrical version, and the holding of the My Hero Academia exhibition as well as other various other events will be held! 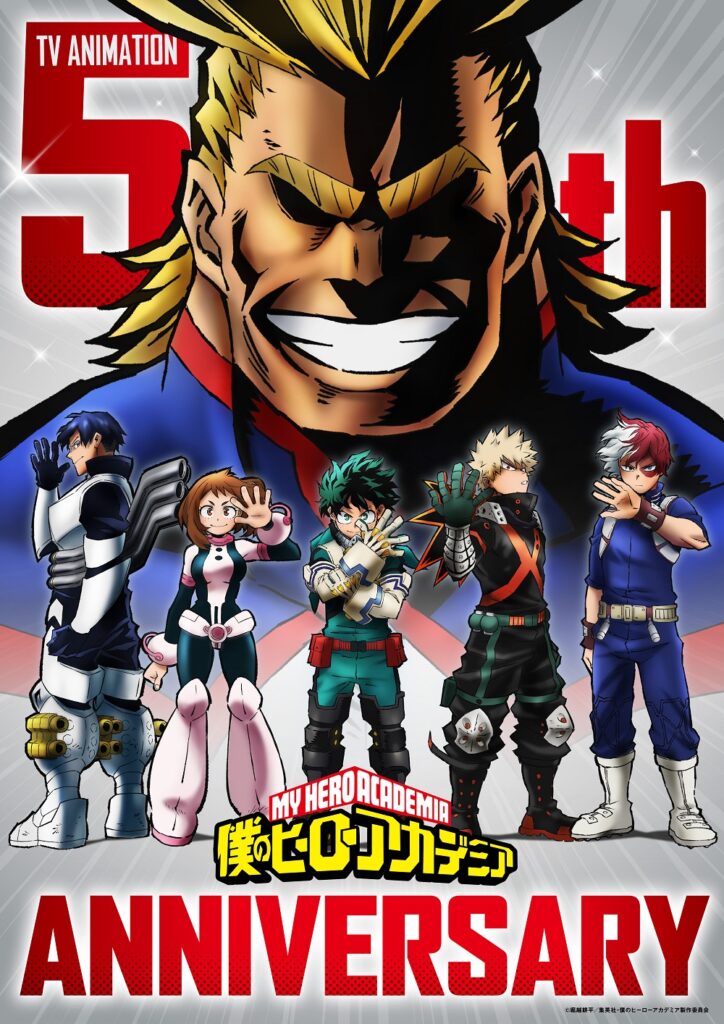 They also released the special key visual for the fifth anniversary (above), they outlined that they will be holding the following:

The fifth anime season of My Hero Academia kicks off on 27 March 2021 in Japan.