‘My Hero Academia’ Author Reflects on Four Years of Serialization 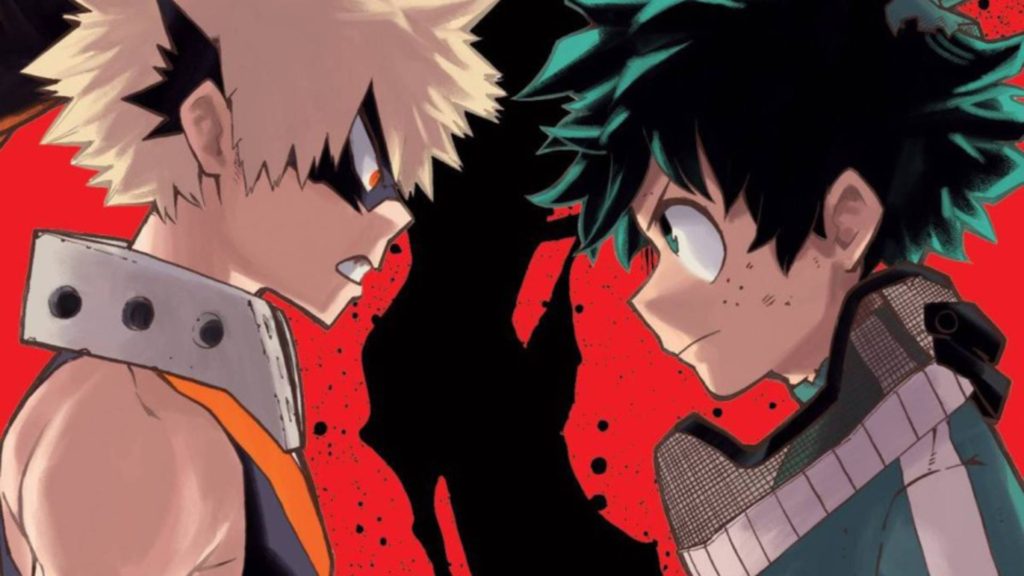 It’s hard to believe that four years have passed since the mega-popular My Hero Academia began serialization, and author Kohei Horikoshi has also barely had time to take stock of this between his strict serialization schedule and cooperation for anime, game and now movie projects. He finally had the chance to unload, however, thanks to a special commemorative interview with Comic Natalie, and the way he reflects on his series thus far is truly fascinating.

*Spoiler Alert for both My Hero Academia anime & manga*

The interview began by discussing the latest volumes, mainly the ones containing the ‘Intern arc,’ which have not yet adapted for the anime. When compared to other arcs in the series, this arc is very dark, surprising me as I read each week due to its excellent character development and pacing, and Horikoshi couldn’t agree more. He worried constantly that the arc was too dark, as the tone of his previous arcs had been relatively playful. That being said, Horikoshi did admit that his emotions “flip-flop” when writing, so his own personality didn’t help much with this unease.

Further setting apart the Intern arc from previous arcs is its length. Whereas other arcs span one volume, maybe two volumes at most, this arc spans five volumes – letting it develop and mature in ways never seen before in the series. Horikoshi wanted to try and do a longer arc since his arcs tend to be short, but he was also looking to another Jump giant for inspiration – Eiichiro Oda’s One Piece. Oda’s manga is characterized by long, sprawling arcs that span tens of volumes, and Horikoshi wanted to try his hand at this as well. Luckily it worked very well, but it’s still interesting to see how much Jump mangaka are influenced by each other – truly setting the magazine apart from the countless others that line the shelves.

With the anime just wrapping up the All Might versus One For All fight, leading to ‘All Might’ becoming number 1 trending worldwide, Comic Natalie also took the opportunity to ask Horikoshi what his thought process was behind this fight – particularly with regards to All Might losing his powers. Horikoshi is thinking long-term with this it seems, as he stated that he wanted people to remember that fight as the best part of the manga when they look back on the series once it has finished. It certainly seems like a long way before the series finishes, but I can’t fault Horikoshi for thinking long-term.

Once more taking the long view, Horikoshi also reflected on how his own ideas as to the themes of the series have changed since beginning serialization, mainly regarding the major theme of “what makes a hero.” At first, Horikoshi professed, he had a much simpler view of what it means to be a hero, but with the development of the story so too have his thoughts on the matter developed. He now believes there are multiple things that make a hero, reflected in the many characters he has created. This would explain why the moral boundary in the series has blurred considerably recently, with the character of Gentle Villain being the main cause of that.

Comic Natalie then attempted to extract some new information regarding the upcoming film from the mangaka, but Horikoshi remained remarkably tight-lipped. We hardly got any indication as to where the manga might end up in the future also. So we didn’t necessarily get any new information, but I say let the man reflect – he’s earned it.