Could ‘My Hero Academia: Heroes Rising’ Really Be the ‘Final Film’ in the Shonen Franchise? 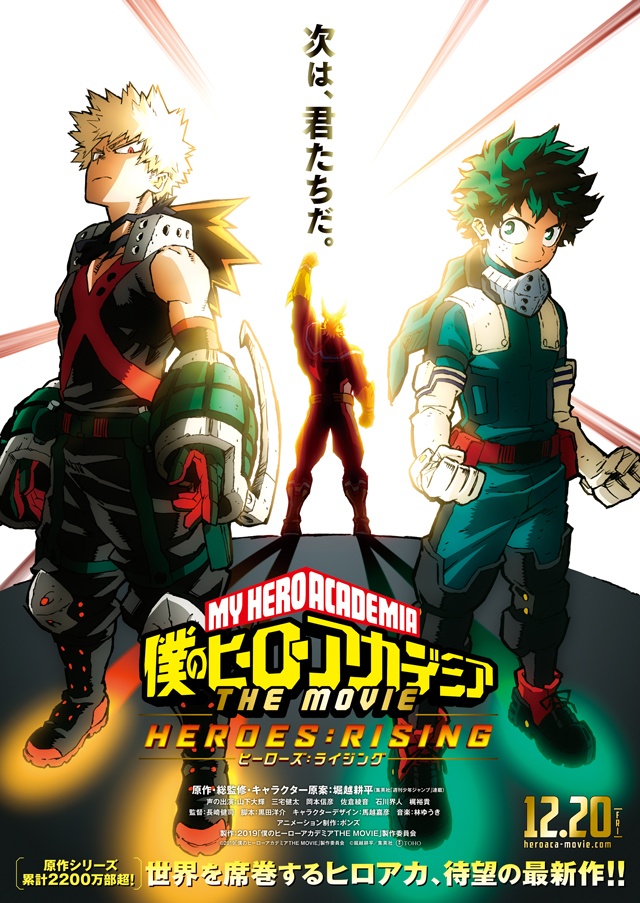 Last week, we finally got some concrete news on the upcoming second My Hero Academia movie by Studio BONES. Not only was the title revealed to be My Hero Academia: Heroes Rising, but the film was given a release date of this December and an official synopsis. But along with that information came the confounding statement by series creator Kouhei Horikoshi, who said that Heroes Rising film might be the last. Could that possibly be true? Let’s find out. 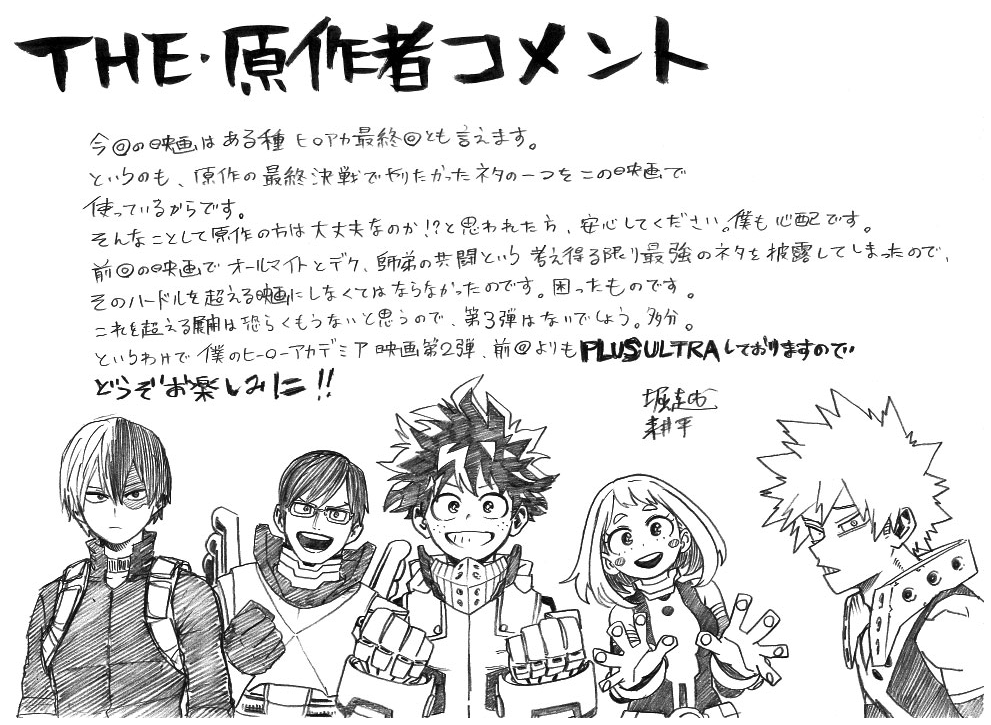 Firstly, it’s important that we understand Horikoshi’s statement in full. Horikoshi said via his comment on the film’s official website that “you could call this the last one,” as the film uses “an element that I wanted to use in the manga’s final battle.” If, like me, you’re worried about the surprise being spoiled for you in the manga, then don’t worry – Horikoshi is worried too.

So, what is this “element” that Horikoshi is talking about? Given that he talks about the need to “surpass” the All Might/Deku team-up at the end of the last movie, The Two Heroes, and how that also mirrored the Kamino fight in the original work, we can probably bet that he’s talking about another team-up for the climax of My Hero Academia: Heroes Rising.

But, between who? Well, if you look at the newly unveiled key visual for the film, then it becomes quite obvious – between Deku and Bakugo.

This makes a lot of sense from a narrative perspective, as season three of the anime ended with the reconciliation between Deku and Bakugo alongside All Might’s acceptance of the two as “successors” of All for One. Bakugo’s even been attending some of the All for One discussions that Deku and All Might have over tea in the original manga, lately.

Speaking of the original manga, there is another issue that might come into play when Horikoshi says that My Hero Academia: Heroes Rising will “probably” be the last movie: the fact that the manga seems to be quite rapidly approaching the end of it’s narrative.

Spoiler for the My Hero Academia manga up to chapter 235.

Ever since it was revealed that League of Villains head Tomura Shigaraki was actually the grandson of All Might’s former master, the series has been pretty heavily pushing the thematic conflict between Deku and Shigaraki.

This is because whereas Deku always had his dream affirmed by those around him and ended up becoming a Hero because of his hope, Shigaraki was punished for dreaming and ended up embracing hate, becoming a villain.

We’re only just learning about the specifics of Shigaraki’s backstory now, but even without that prior knowledge, it was always made sense for Deku and Shigaraki form the final fight – as it would be a fight between the ‘new generation,’ following the epic clash between the ‘old generation’ at Kamino. 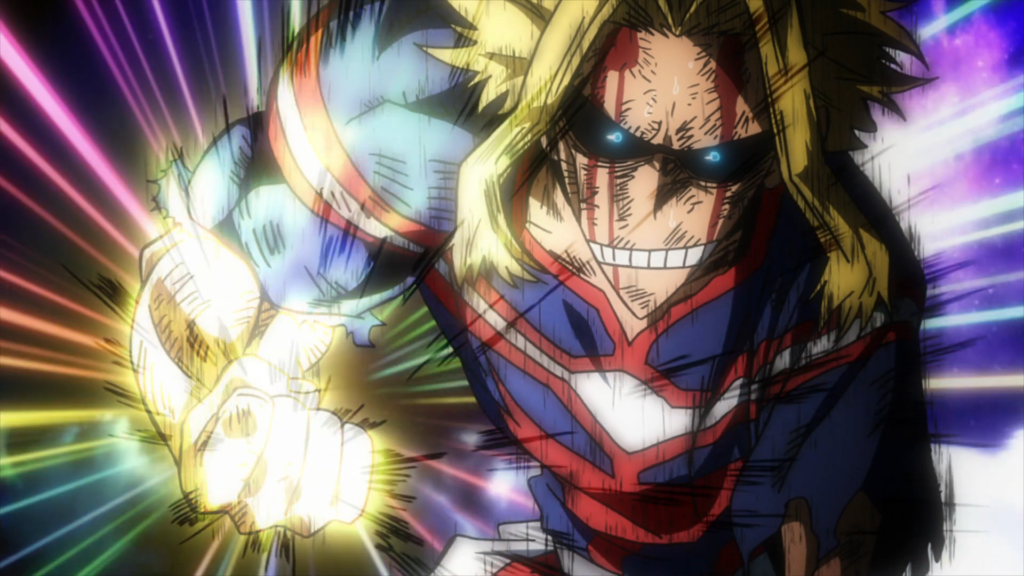 The logic of shonen storytelling also gives us several hints that this final conflict is incoming. In the first instance, shonen manga always tend to give characters power-ups before such conflicts (to make them more exciting) so it’s also interesting to note that both Deku and Shigaraki have had significant power boosts in recent chapters.

To the ire of some readers, Deku has turned out to be in possession of six Quirks through All for One – quite a power growth from being Quirkless, huh – and Shigaraki is also developing his destruction ability, alongside gathering a new army of more advances Nomus – courtesy of the mysterious ‘Doctor.’ 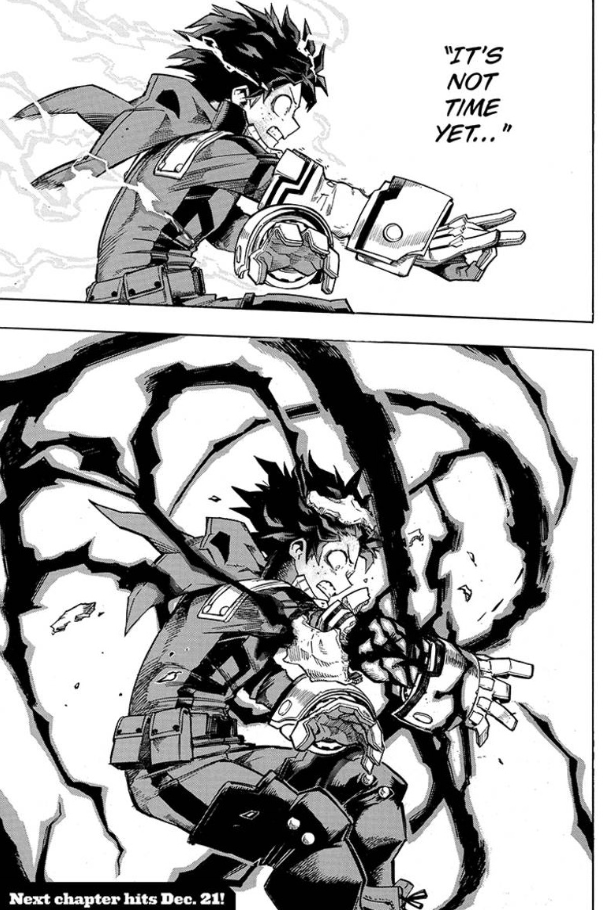 Is this conflict going to play out any time soon, though? Probably not. If we follow the logic of shonen storytelling, we must inevitably grasp with the fact that these series tend to go on for a long time. So while My Hero Academia might be setting up it’s narrative endgame, this doesn’t necessarily mean that the series will be ending any time soon, meaning that My Hero Academia: Heroes Rising might not have to be the final film. Shueisha also probably want to keep their golden goose going for a little while longer yet, although they have loosened up about series concluding in recent years.

But, lest we forget, Horikoshi has said in the past that he’s always had the ending for the My Hero Academia story in mind from the very beginning. In this sense, perhaps he’s just annoyed that some of the thunder of that ending will be stolen by My Hero Academia: Heroes Rising – hence why he proclaims it as the ‘final film.’

Or, perhaps he’s annoyed because that ending will be coming sooner than we think…