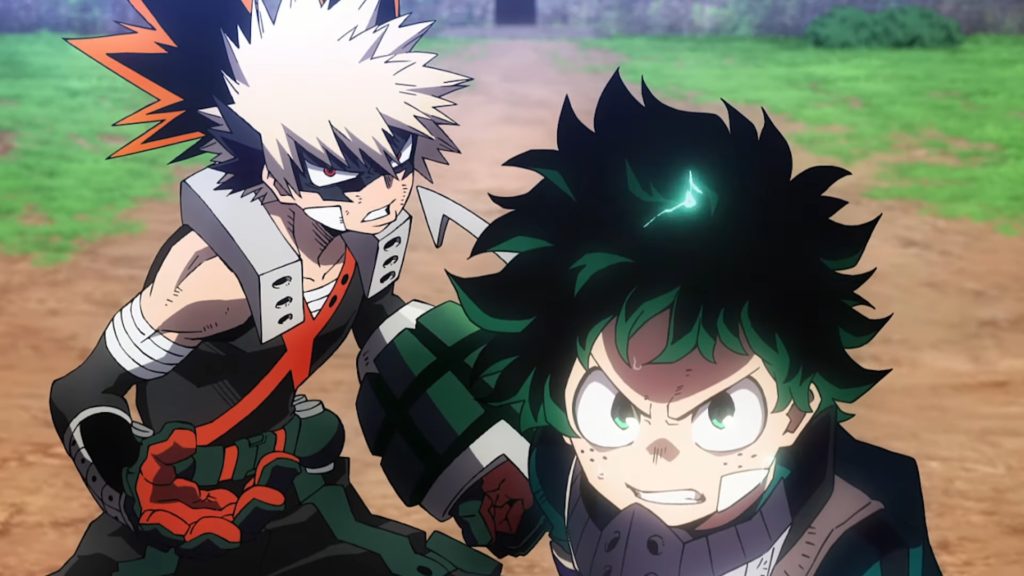 All eyes have been on the second My Hero Academia movie, Heroes Rising, ever since series creator Horikoshi Kouhei’s comments that this one ‘might be the last.’ While considering the trajectory of the series provides some context to this statement, My Hero Academia: Heroes Rising’s first trailer also reveals some hints, along with the movie’s supposedly ‘most evil ever’ villain, Nine.

I last wrote about My Hero Academia two weeks ago, where I predicted that Horikoshi’s comments about this movie using one element that he’d want to use in the series’ ‘final battle’ meant a team-up between protagonist Midoriya ‘Deku’ Izuku and his rival, Katsuki Bakugo.

As it turns out, I might have only been half right. As we can see in this first trailer for My Hero Academia: Heroes Rising, it’s not just Bakugo and Deku who’ll be facing up against a villainous threat, but the whole of Class 1-A, as they are targeted by the fearsome new villain ‘Nine.’

This might lead you to assume that Bakugo and Deku teaming up isn’t that all-important ‘final battle’ that Horikoshi stressed over back during the movie’s initial announcement, but instead a team-up between the whole of Class 1-A.

Certainly, this is a possibility. But we mustn’t forget that Class 1-A already teamed up at the end of the series’ first movie, My Hero Academia: The Two Heroes, before leaving the final blow to All Might and Deku to deliver together in a glorious All For One flurry.

Furthermore, a team-up between Deku and Bakugo would still be the most thematically resonant and narratively consistent with the series thus far. Their reconciliation and mutual acceptance as the ‘next generation’ by All Might is what has been carrying the series’ main narrative forward, after all.

What’s more is that Class 1-A are already able to team up quite efficiently, and have already done so many times over the series. Not exactly a big achievement, then.

So while this first trailer for My Hero Academia: Heroes Rising might not exactly blow my mind in this aspect, I’m certainly excited to see how the movies’ new villain ‘Nine’ turns out. 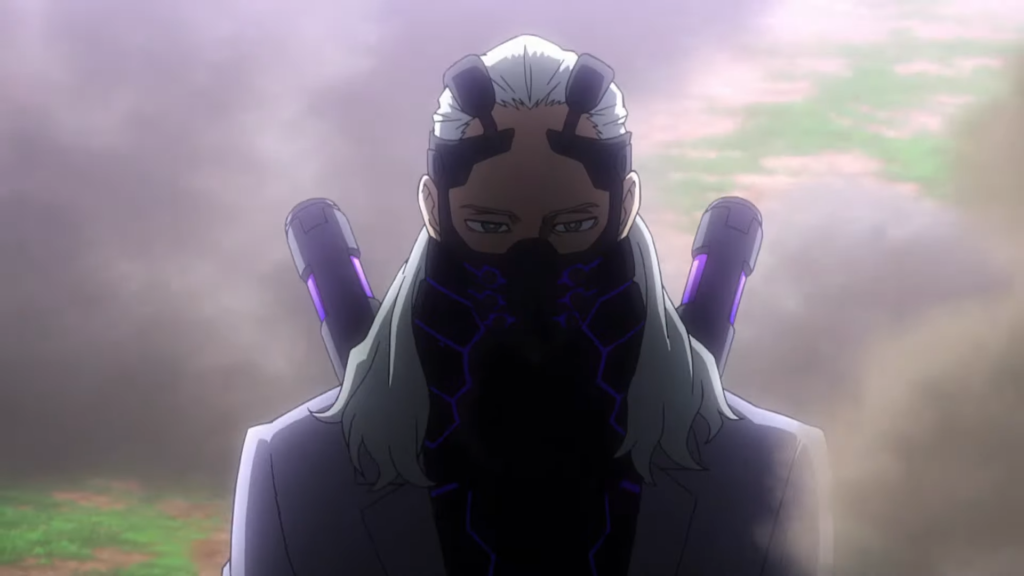 This is because series creator Horikoshi Kouhei has been on an absolute roll with villains in the original manga recently, dedicating an entire arc to the backstory of Tomura Shigaraki and the League of Villains. He’s managed to craft some really compelling villain characters in that time, particularly the character of ‘Twice,’ who suffers from PTSD at the hands of his own superpowered Quirk.

Hopefully, Nine benefits from this trend, especially since Horikoshi is supervising the movie’s story over at Studio BONES. The glimpses we see of Nine during this first trailer for My Hero Academia: Heroes Rising certainly have me confident, as his design and powers look to be fairly interesting and unique.

One of the biggest problems with the series’ first movie, My Hero Academia: The Two Heroes, was its lackluster villain, but hopefully My Hero Academia: Heroes Rising can remedy this problem with Nine. Along with the exciting probable team-up between Deku and Bakugo, this first trailer is certainly enough to get me very excited.

My Hero Academia: Heroes Rising will premiere December 20 in Japan.