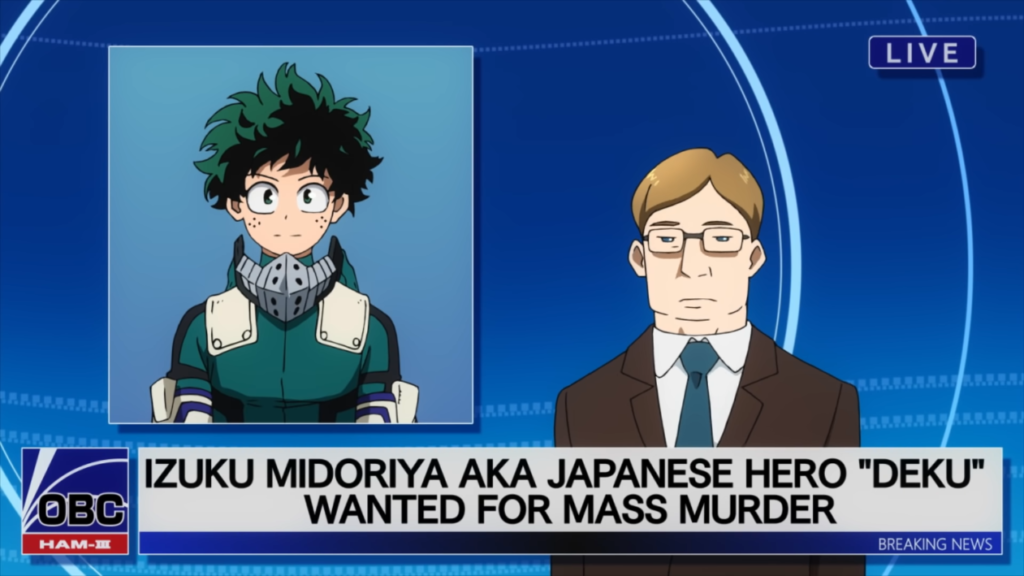 The first trailer for the third My Hero Academia movie is here, and oh boy, it’s a hoot. Alongside revealing the title My Hero Academia: World Heroes Mission, it turns out that our main protagonist Izuku Midoriya aka Deku is wanted for mass murder.

You’ve probably already seen that admittedly quite hilarious image floating around the internet by now, but it’s worth clarifying: yes, it’s real, and it’s not an edit. It’s actually taken from the first trailer for My Hero Academia movie three, at around the eight second mark.

Don’t believe me? Check it out for yourself below:

Okay, now that we’re all on the same page, let’s talk plot details. According to the official website, My Hero Academia: World Heroes Mission takes place during the winter hero work studies of the Endeavor Agency arc, presumably set to be adapted in the latest anime season. That alone is quite surprising given just how many chapters will need to be covered.

Regardless, a special team is formed of heroes from around the world to counter a mysterious organization known as ‘Humarise,’ including U.A. students: Deku, Bakugo, and Todoroki, in particular, are shown off in this first trailer in cool new outfits. They only have two hours to fulfill their mission, which will take place all at once around the world.

It’s nice to see My Hero Academia expand beyond the national borders of Japan, especially because of how popular the series is overseas: one can only hope that featuring international settings and locales might help those fans feel seen. Furthermore, the prospect of seeing international heroes is particularly exciting, as there is so much rich culture and national heritage to draw on. No details of any new characters have been shared at this stage, but it’d be surprising if there were none, considering previous movies.