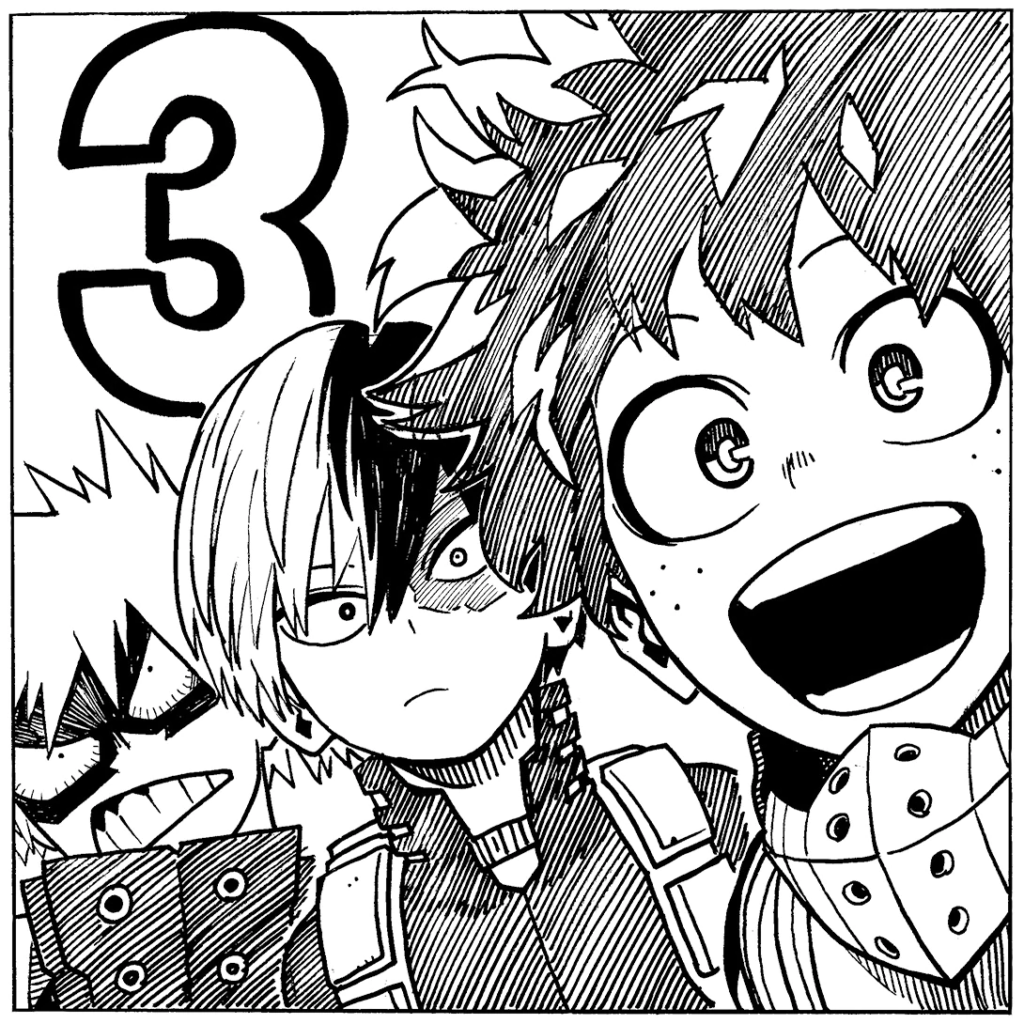 A third movie in the My Hero Academia film franchise has been announced, following a cryptic campaign earlier last week across the series’ various Twitter accounts. This didn’t come as much of a surprise, given that season five has already been announced, but what did was the fact that original creator Kohei Horikoshi said last time that Heroes Rising was probably going to be the last one. What gives?

Not much is known about the plot of My Hero Academia movie three. All we know is that it’s happening, and that it’s coming next summer. At least Horikoshi drew us a wonderful illustration to celebrate the news. 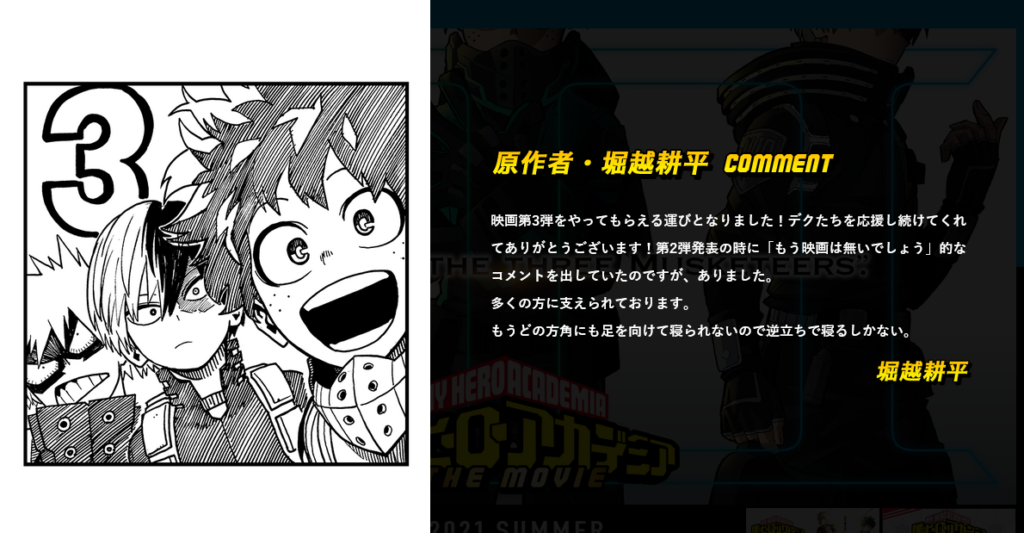 Horikoshi’s author comment also fesses up to the hypocrisy with his previous statements. ‘We’ve finally arrived at the stage where we can do a third movie,’ it reads.

‘Thank you for continuing to support Deku and the others! When the second movie was announced, I certainly said something along the lines of “There probably won’t be any more movies,” but here we are. I continue to be supported by a great many people. No matter which way I go, I can’t seem to catch a break, so I’ll try sleeping on my head.’

Cryptic words there from the My Hero Academia author. His involvement with the new movie is once again as ‘general supervisor’ and ‘original character design,’ but it’s unknown to what extent he will be involved with the story. Back when Heroes Rising came out, he complained that he had used up one of his best ideas for the story’s ending, so perhaps his fingers have been burned.

Regardless, there has been a lot of confusion online about whether this third My Hero Academia movie will impact upon the production of season five, scheduled to start airing next year.

To this, we have to answer in the negative: the films are produced with largely different teams, and the Studio BONES production hierarchy was reshuffled in 2019 to precisely avoid this problem. Don’t worry; My Villain Academia is safe!