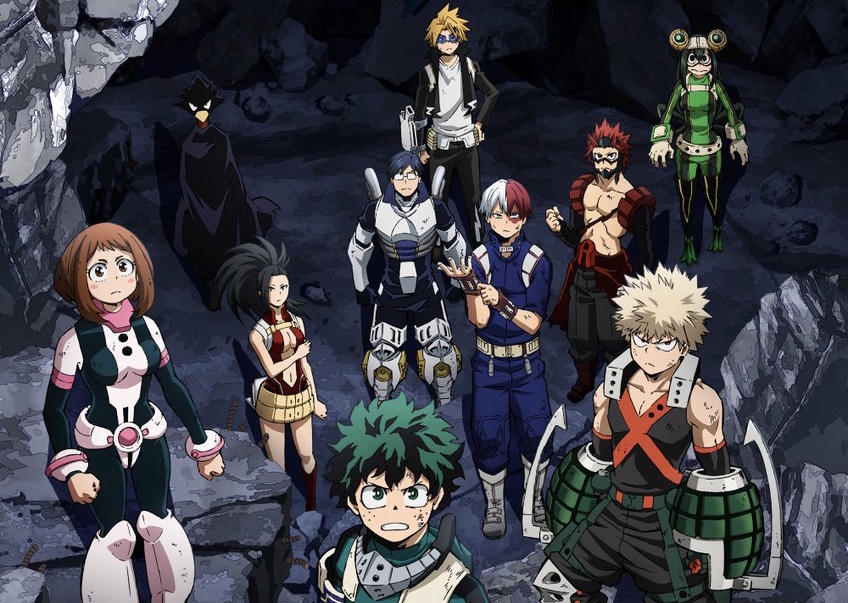 The anime for My Hero Academia is 4 seasons strong at this point, with a 5th season on the horizon while also boasting 2 films and a number of games based that have also been produced within that time. It’s fair to say the My Hero Academia phenomenon isn’t slowing down any time soon, and with the 5th season not hitting screens for a while yet, some anime fans may feel starved for content as they wait for the next season to begin. Luckily, to tide these fans over, two new OVA episodes with the subtitle ‘Make It! Do-or-Die Survival Training’ are being produced to keep My Hero Academia fans happy, and you won’t have to wait long for these OVA episodes to be released to the public!

This new OVA isn’t the first OVA the series has received, with a zombie-themed Training of the Dead OVA just 1 of the 3 previous OVA episodes the series has received in the past. This new 2-part OVA is a training episode for the class of 1-A, but based on what we know about it the episode should prove to be an exciting one.

Set during season 3, this new adventure involves some of the students of class 1-A being sent to a special training course in order to hone their survival skills. While eager to have some fun on this adventure, they soon find them in danger that isn’t the sort of simulation they’d expect from what’s supposed to be a simple training course! If they’re to pass, they must improve their teamwork and quick thinking while learning to further trust one another.

The episode is set to stream on Hulu in Japan on August 16th, but the two-part My Hero Academia OVA will also be made available on both Funimation and Crunchyroll’s streaming services at the same time on August 15th at 8pm Pacific Time.