Big Changes in ‘My Hero Academia’ Staff Ahead of Season 4 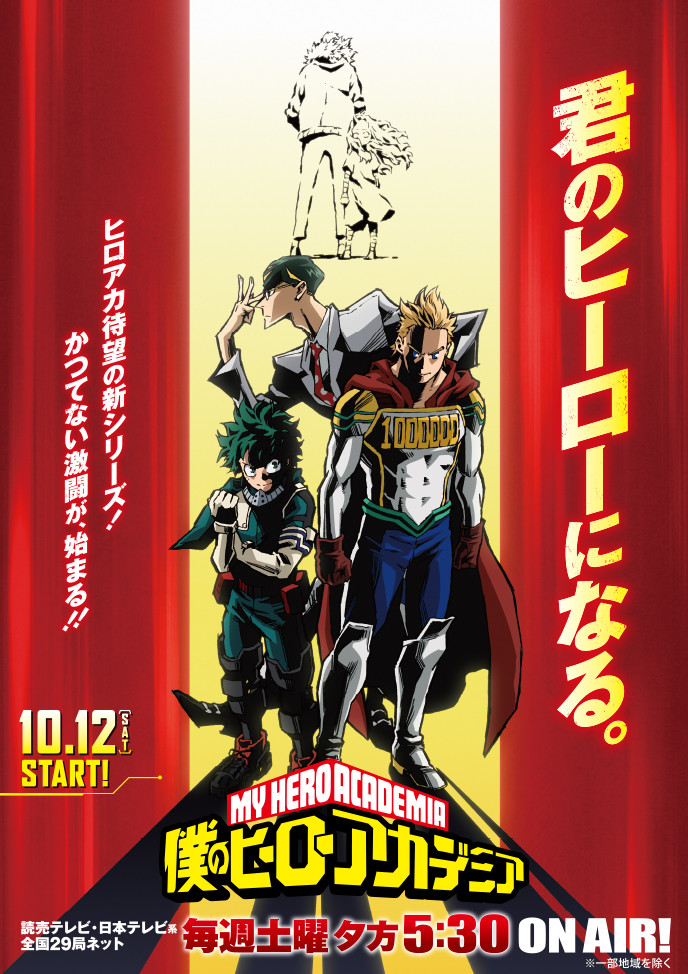 My Hero Academia season 4 is on it’s way, and while everyone might be focusing on that shiny new trailer that announced the October 12 start date, big changes are happening behind the scenes when it comes to the My Hero Academia staff over at Studio BONES.

With BONES’ My Hero Academia adaptation now entering its third year and showing no signs of slowing down any time soon, staff changes are perhaps inevitable. After all, not everyone is available to, or particularly wants to, work on the same thing all the time – even the most passionate BONES staffers.

In this sense, Masataka Ikegami has seemingly found greener pastures, as he is stepping down from his role as compositing director among the My Hero Academia staff. Replacing him will be Takashi Sawa, information about whom is noticeably absent from online sources and databases.

One face that we do know quite well, however, is that of Takahiro Komori. He’s been helping out with animation on the My Hero Academia anime since the beginning, eventually getting a promotion around season 3 to share the animation director seat with Hitomi Odashima.

Yet Komori will be leaving the production, if not all together then at least as a senior, named animation staffer, handing the role of animation director over to Odashima entirely for this fourth season.

All eyes will be on Odashima, then, to continue to deliver the awesome animation cuts that have made the show’s action so compelling in recent years. It’ll be a tough job, but I’m sure he’s up for the challenge.

Even so, the final change to the My Hero Academia staff is perhaps the biggest. The captain of the whole ship, the director, will be changing hands from Kenji Nagasaki, who has been at the helm since season 1, to Masahiro Mukai – who only entered the staff roster during season 3.

That being said, Nagasaki isn’t leaving the production altogether – rather, he’ll be staying on as the series ‘general director,’ according to the anime’s official website.

The My Hero Academia staff hasn’t had a general director as of yet, but it certainly makes sense to create such a role. Now that the series seems to be making both TV anime as well as movies pretty regularly, having someone take a wider view in terms of production scheduling as well as consistency might be useful.

The fact that Masahiro only came onto the production around season 3 also might suggest that he can’t entirely be trusted to steer the ship all by himself just yet, although that may change in time.

What effects these staff changes will have on My Hero Academia season 4 is hard to predict. As a whole, the My Hero Academia production has gone pretty smoothly thanks to Studio BONES’ smart decision to not adapt the series as a long-form TV anime like with Studio Pierrot and Black Clover.

The majority of the staff at the top level have also been with the series from the very beginning, giving them a lot of expertise and knowledge when it comes to how to tackle Horikoshi Kouhei’s superpowered shonen.

But, then again, this is the first time that the My Hero Academia staff list has seen such a number of big changes. Staff changes are inevitable – even One Piece does it – but, given how great the series’ next arc is in the original manga, I can’t help but worry.

My Hero Academia season 4 will begin airing October 12 this year.