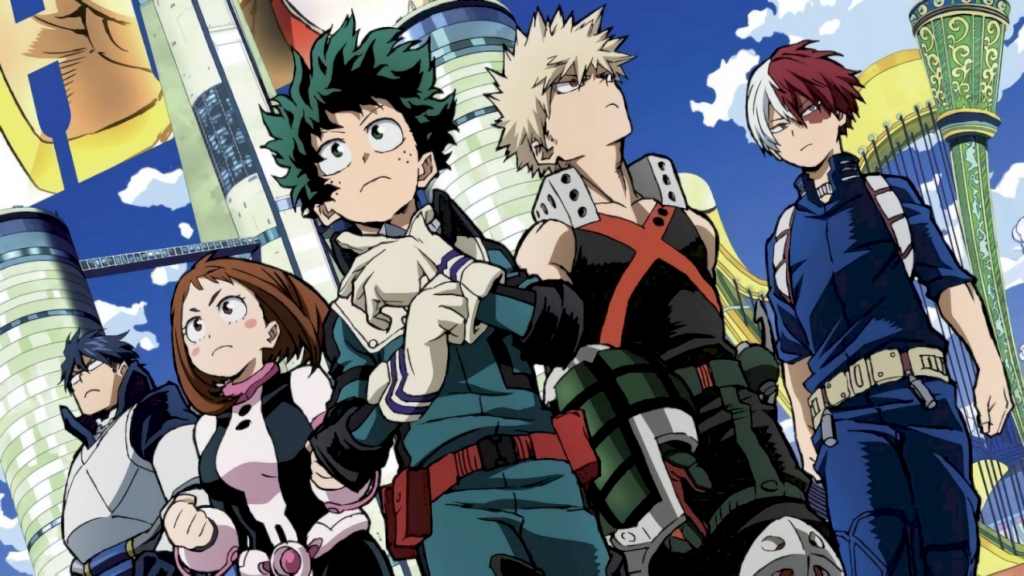 The fifth season of the My Hero Academia anime is slated to hit Japanese airwaves next month on 27 March 2021, introducing us to the ‘Training Arc’ that will pit Class 1-A against their UA Academy rivals in Class 1-B. With the release of the long-awaited fifth season just around the corner, we have been treated to a new key visual which clearly shows the theme and has text in the middle reading, ‘Surpass your limits, and overcome your rivals.’ 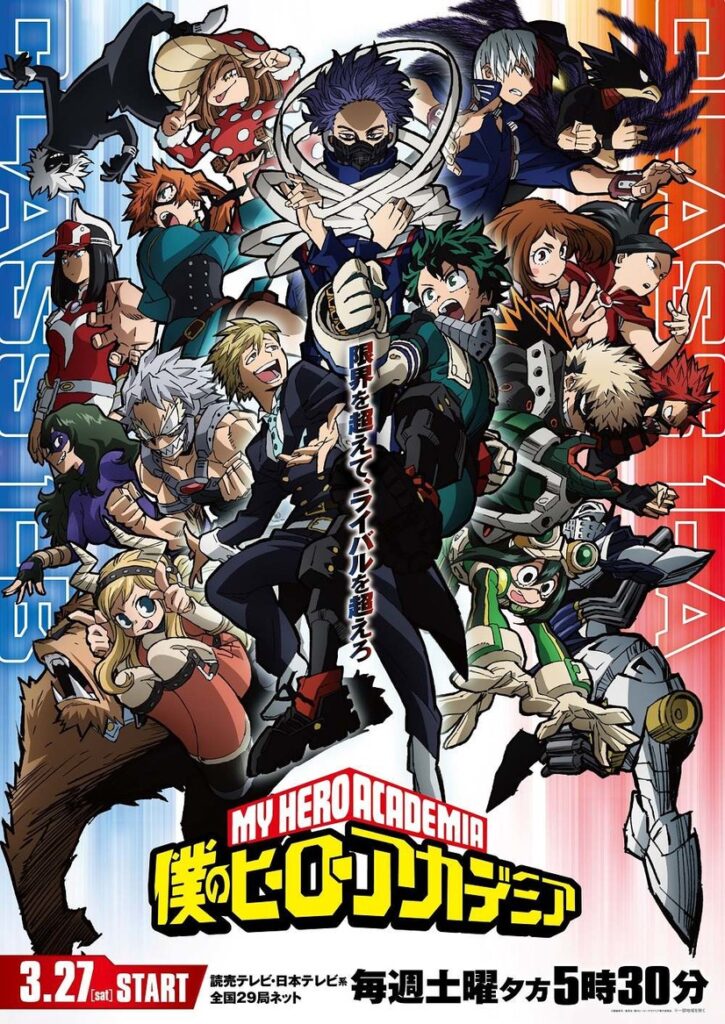 The visual was drawn by Yoshihiko Umakoshi, who has been in charge of character design since the first season. 19 characters are gathered together in this powerful work, including Deku, the main character of Class A; and Neito Monoma, the main character of Class B. In creating the key visual, Umakoshi said, ‘Kohei Horikoshi’s group drawings always give me the feeling that he wants every character to be there. I hope I was able to capture that feeling even a little bit.’ I think it goes without saying that the rivalry can definitely be felt between the two classes in the new My Hero Academia key visual.

I’m amazed that, since My Hero Academia started serialization in Weekly Shonen Jump, the total number of copies sold in the series has surpassed 30 million and has become revered as one of the best anime series of all time. It’s definitely no small feat and something that can really attest to what the creators on the project put into the IP.

The fifth season of My Hero Academia is set to kick off on 27 March 2021, so at least we don’t have to wait too much longer to get our hands on the newest entry.