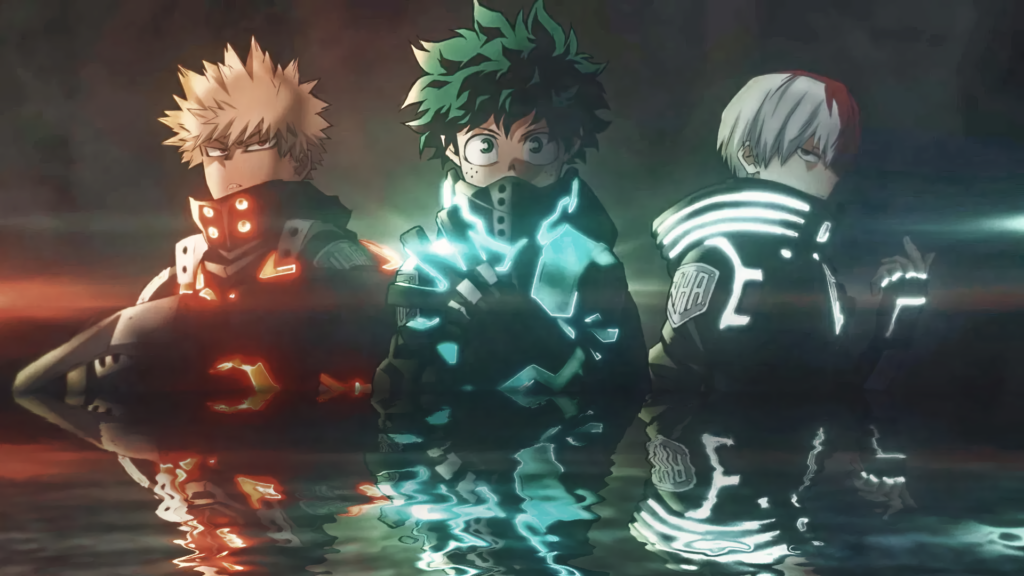 The highly anticipated My Hero Academia The Movie: World Heroes Mission is set to release in a couple of months, and the date of sales for pre-sale tickets have now been announced. A new teaser visual has also been released to whet the fans’ appetites.

Starting with the new visual, there really isn’t anything new about it. We get to see the three main heroes, each wearing their stealth suits, with the words ‘Pro wo Koero’ on the left side of the visual. The catch here is that each of the kanji for ‘Pro’ has a different meaning. Bakugo’s reads ‘Go Beyond Social Standards’, Deku’s reads ’Go Beyond Your Heroes’, and Todoroki’s reads ‘Go Beyond Your Father’. Just what all this will play into in the film is leaving me with a lot more questions than answers.

I have to say though, the art on the clear file below looks absolutely stunning.

Pre-sales for the tickets for My Hero Academia The Movie: World Heroes Mission will be kicking off on 25 June 2021 and will include a clear file with the art above in front, amd the art from the movie poster (below) on the other side. The clear files will be limited to the first 60,000 people who pre-order tickets, nationwide. 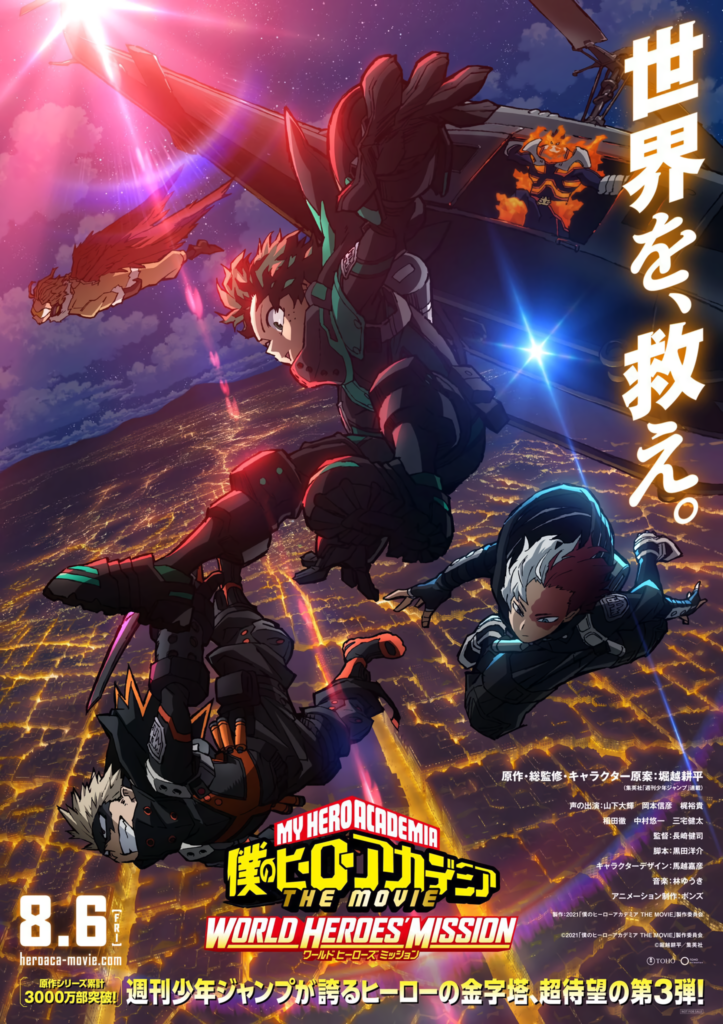