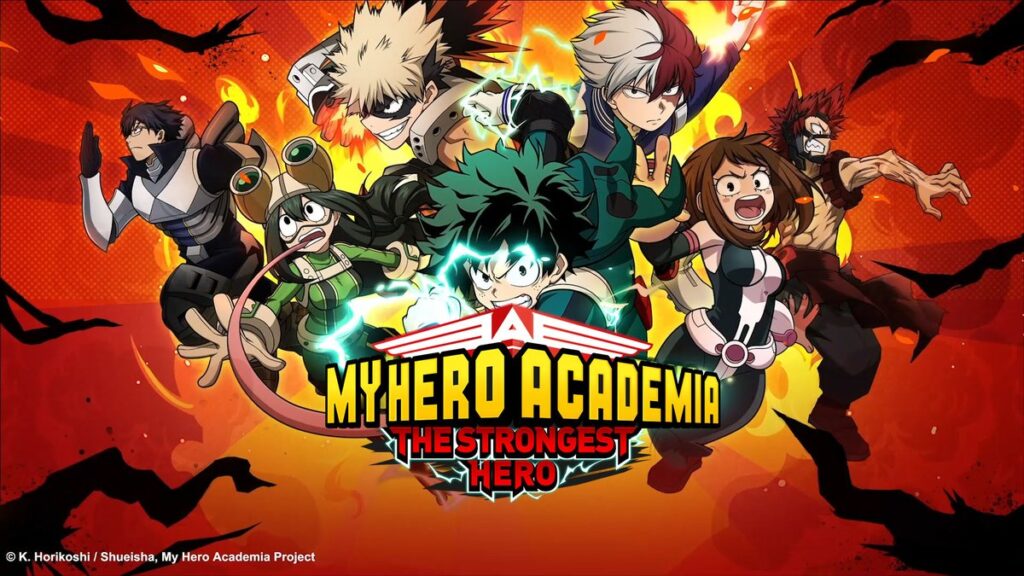 Funimation and Sony Pictures Television have outlined the new mobile title as follows;

An action packed adventure in the world of My Hero Academia at your fingertips! Be the hero you always wanted to be from the hit anime, take powerful quirks into battle, and fight against villains alongside other players!

Experience the city of Honei, with its many heroes and heroes in training. Take a stroll through the streets, greet its citizens, and fight villains threatening the safety of the world. Collect your favorite characters from MHA and create a squad to take on patrol! Train them, upgrade them, equip them, even feed… them(?) to reach the top of the Hero Rankings!

Control the likes of All Might, Bakugo, Todoroki, and many others in high octane combat through a myriad of stages. Accept missions from pro heroes ranging from protecting people, arresting criminals, to rescuing cats! Become a symbol of peace for the bustling city!

Explosions! Anti-Gravity! Sound Blasts! Detroit SMASH! Fall in love with the incredible graphics and beautifully hand crafted animations. With a unique mechanism created for each individual quirk, pay close attention during battle to unleash your signature move in a cinematic finish!

Learn the ins and outs of your favorite character and never lose again! Kick, punch, and style on opponents in one on one duels in the live PVP arena. Maximize your combos, minimize your salt, time your abilities, and go beyond!

You don’t have to fight alone! Find other players in the open world to strike up a conversation, send emotes, and make new friends. Join Unions to create your own makeshift hero agency and decorate the Heights Alliance dorms just like the show!

Ever wonder what it would be like to be one of the bad guys? With characters like Hero Killer Stain and many others on the way, those who wish to experience the powers of the anime’s most feared villains will now have their chance!

Daily quests, login rewards, special stages, big boss fights, and new character releases will keep you coming back each day for more! You’ve been given the right to stand at the start line, and the journey has only just begun!

Go from the quirkless Deku all the way to the arrest of All for One! Play through iconic moments and events from the original series in scenes rendered in game and voiced by your favorite voice actors! 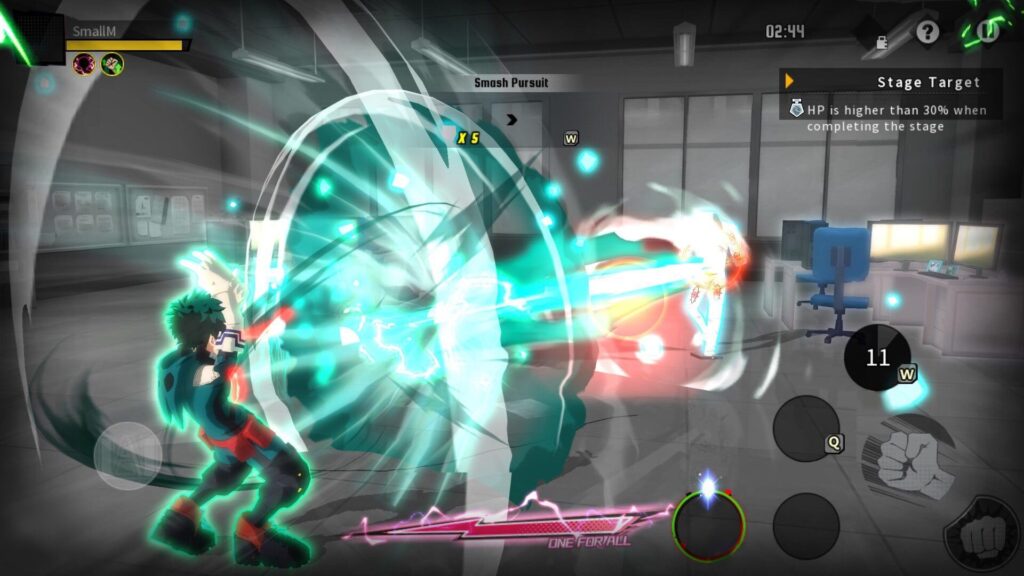 The anime is currently in its fifth season and is airing on Japanese TV and can be viewed on Funimation, Crunchyroll, and Hulu outside of Japan.

My Hero Academia: The Strongest Hero is currently available as a free download from the iOS App Store or the Google Play Store. Where the app is free to play, there are in-app purchases that can be purchased to use in the gacha mechanic of the game.