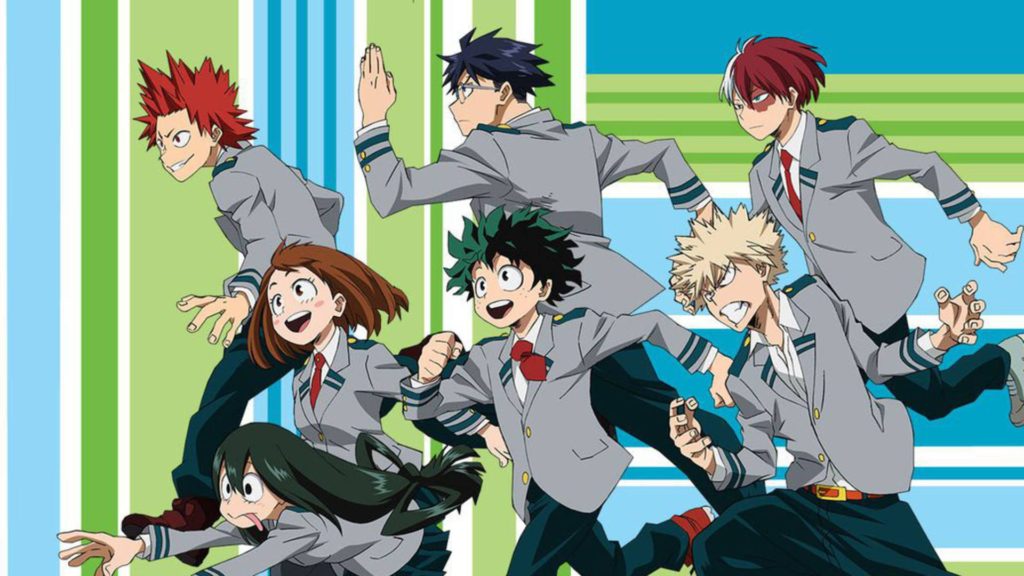 Tower Records has been on an excellent run with its collaborations recently, having just hosted a Devilman crybaby and Kishibe Rohan event; though it doesn’t seem they are letting up any time soon, especially as they unveil their plans for a new My Hero Academia-themed café.

The Weekly Shonen Jump series has proven extremely popular in the last couple of years, with the third season of the anime currently airing to rave reactions, so Tower Records is going nationwide with this collaboration – launching the café in three of their cafés nationwide. Tower Records Café branches in Harajuku, Sapporo, and Umeda, Osaka will all host the event, allowing fans all across the country to take part.

And what an event this is shaping up to be. Not one, but two menus will be available over the café’s run, offering fans loads of choice. The first week of each café’s run will be serving up the first menu, and then the second and third weeks will be serving up the second menu. Only dishes from the first menu have been revealed so far, from the sugary ‘Ochaco and Tsuyu’s Sweetie Set’ to the hearty ‘All Might Burger,’ so keep an eye out for more information. All of the dishes are themed closely after each character, and I’m sure that fans won’t be disappointed by their favorite character’s dishes.

Furthermore, which menu you order from will also affect what exclusive postcard and sticker you get, as there are two different pools from which they are selected at random. The first week’s selection is themed after the heroes, and the second after the villains, so make sure to check the details beforehand. Tower Records are also offering an exclusive range of limited goods for fans to both reserve and buy in store – everything from can badges, to a mobile battery, to even a clock – but the best of the bunch has to be this subtle yet stylish All Might-themed travel mug. I can almost imagine All Might using it himself in the staffroom at UA! You don’t need a reservation to visit a Tower Records Café either, so if you’re in the area there’s no excuse not to go and check out what is shaping up to be a great collaboration. The Harajuku store will commence the event on July 3, and the Sapporo and Umeda store will commence on July 10. Check out the official website for more details.