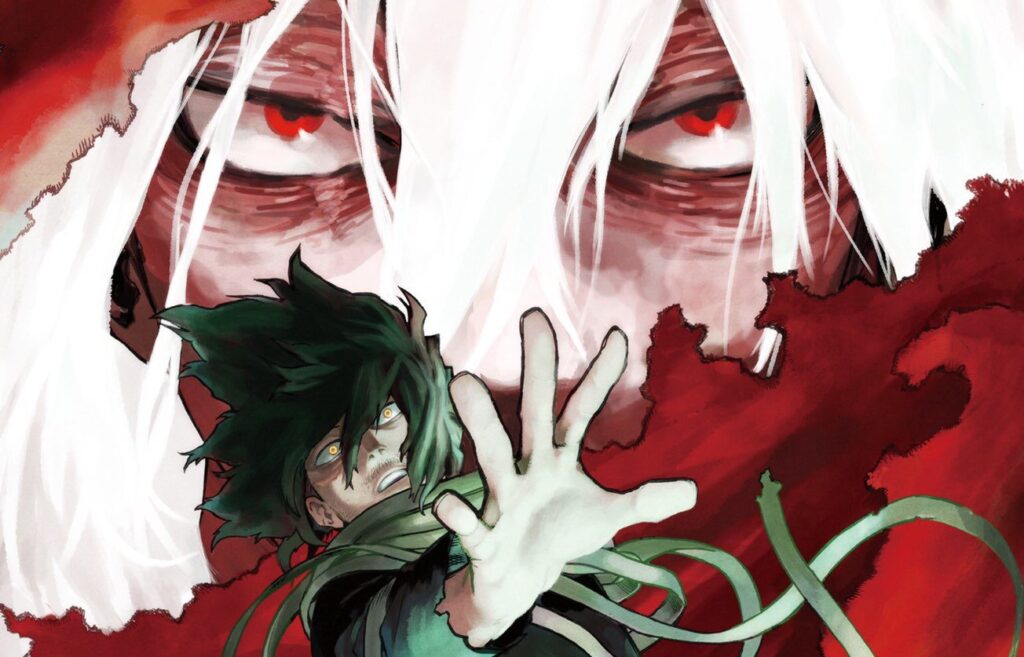 Volume 28 of My Hero Academia is out soon in Japan, bringing with it the fruits of antagonist Tomura Shigaraki’s terrifying transformation. As such, a new My Hero Academia advertisement campaign has started in Shibuya, consisting of a digital billboard located near Exit 8A of the JR station. While these types of campaigns definitely aren’t a new thing, this one for the latest volume of Kohei Horikoshi’s series is definitely remarkable for its overwhelming presence and encapsulation of the antagonist’s character development.

My Hero Academia volume 28’s Shibuya billboard has been captured best by Twitter user @shibuyasmash, who has produced a detailed thread containing all different versions of the advertising campaign. As she says, there are three main cycles that the billboard runs through: Shigaraki appearing and decaying hero quotes; Shigaraki walking from side to side and turning hero quotes into villain quotes, and Shigaraki decaying images of the series’ main characters.

One can only imagine what it must be like for a listless salaryman to happen upon this billboard on his way to work, half asleep and possibly hungover. The terrifying design of Shigaraki as he appears in My Hero Academia volume 28 and the overwhelming presence that he projects as part of this campaign would probably serve as a better wake-up call than some canned coffee, that’s for sure.

Furthermore, this My Hero Academia volume 28 advertisement campaign really does show off how far Shigaraki has come as a character and as an antagonist since the start of the series. It’s hard to imagine the bratty kid that appeared at the end of the U.S.J arc projecting such a threatening aura as he does on these billboards, even if he was a little creepy. Truly, Kohei Horikoshi has done the impossible and transformed his main villain into one of the most effective in Weekly Shonen Jump right now, second only to Chainsaw Man’s Makima.

Volume 28 of My Hero Academia releases on September 4 in Japan. You can read the series in English for free via VIZ Media’s Shonen Jump.