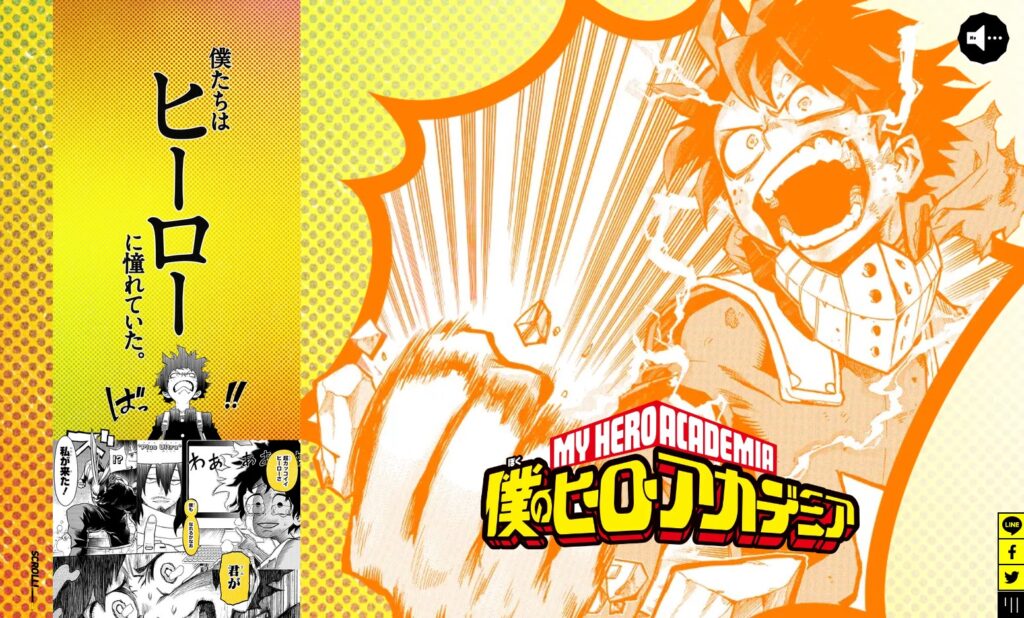 My Hero Academia has unveiled a special commemorative website to mark the release of volume 30, looking back at the events of the series thus far. Titled ‘Dabi Dance,’ this volume arguably marks a huge turning point in the overall narrative of the series, so it’s a fitting tribute. Big spoilers ahead, by the way.

One year has passed in-universe since Izuku Midoriya ate All Might’s hair and inherited All for One, although the manga has actually been in serialization for well over six years. Temporal dissonance aside, it’s been quite a rollercoaster ride, thrusting our young heroes from the relative safety of hero school into fighting some very real, very dangerous villains. The website made to commemorate My Hero Academia volume 30 lets you relive those memories, evoking no small amount of nostalgia along the way. Daiki Yamashita provides narration as Deku.

Scroll down to the bottom of the website, however, and something will begin to change: the screen will go black and Dabi will appear, alongside some ominous music. This is the video that he broadcasts to the world in My Hero Academia volume 30, revealing Endeavor’s past crimes and undermining the public’s faith in those that are meant to protect them. It’s a very cool way of bringing what actually happens in the story to life. 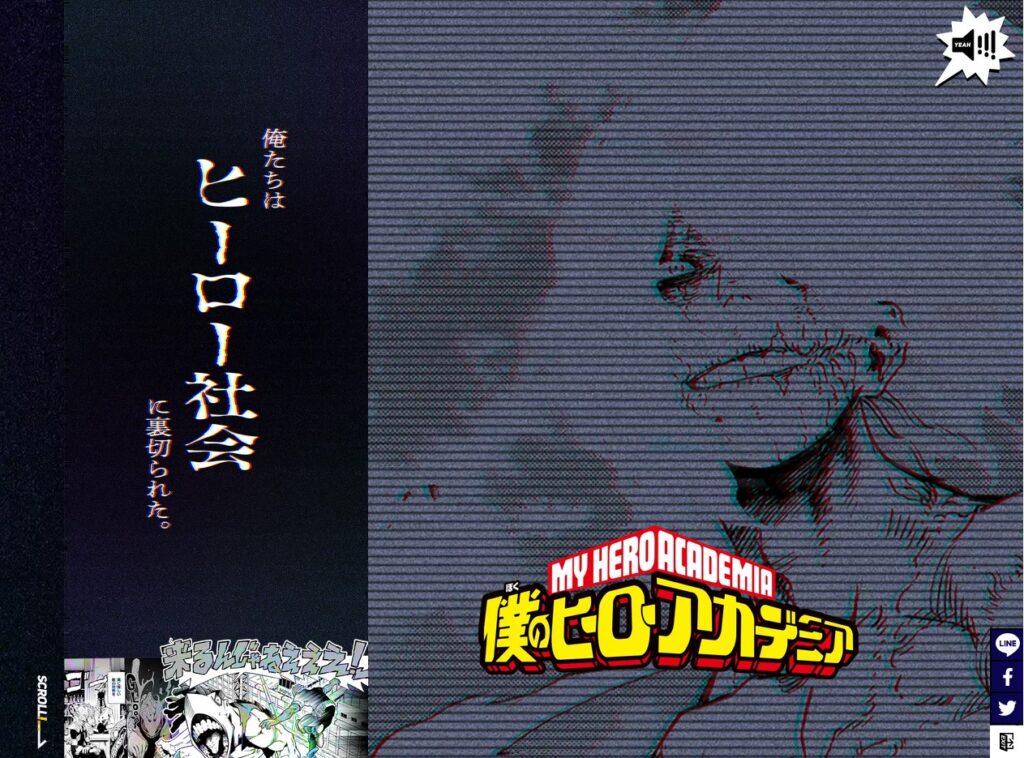 After this, a very different group of characters’ memories will appear: that of the villains, showing the formation and development of the League of Villains into the Paranormal Liberation Front that they are today. Narration from Kouki Uchiyama as Tomura Shigaraki is also added, alongside Hiro Shimono as Dabi. I’d really recommend turning your sound on!

My Hero Academia has put on some pretty cool advertising campaigns as of late, including that mind-bending one in the belly of Shibuya station. This commemorative site for My Hero Academia volume 30 is undoubtedly more accessible for international fans, even if all text is in Japanese.

My Hero Academia volume 30 is out now in Japan.