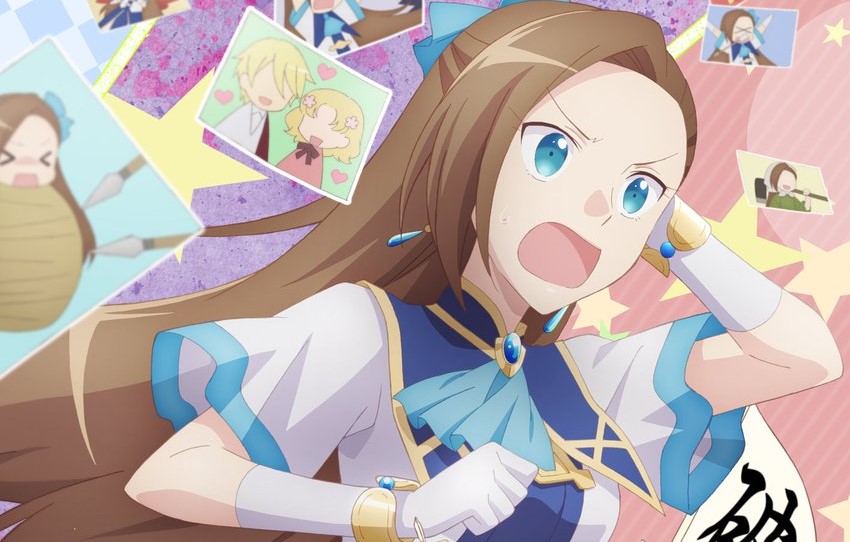 Villainesses in otome games can range from petty gossips to love-crazed murderers, but no matter what they do they never get their happy ending. Catarina Claes is one such destined villainess, until she bumps her head and remembers her past life as a Japanese high schooler. Realizing that she’s now living as the doomed villainess in the world of her favorite otome game, Catarina resolves to do all she can to avoid her bad ending. My Next Life as a Villainess: All Routes Lead to Doom! is an anime series based on the light novel of the same name. With season two airing with Summer’s 2021 lineup, let’s look back to see how season one managed to avoid all potential doom flags.

My Next Life as a Villainess is a series that holds a timeless message: love and kindness can make all the difference in yours and others’ lives. But it’s a message that never feels cliché with the series’ glowing cast of characters. Over the course of the twelve episodes, we see how Catarina has significantly impacted each character’s life. With kind words and acts, she’s not just saving herself from doom but also others. And perhaps the greatest joy in the series is seeing how characters change from their often lonely childhood selves to confident teenagers. 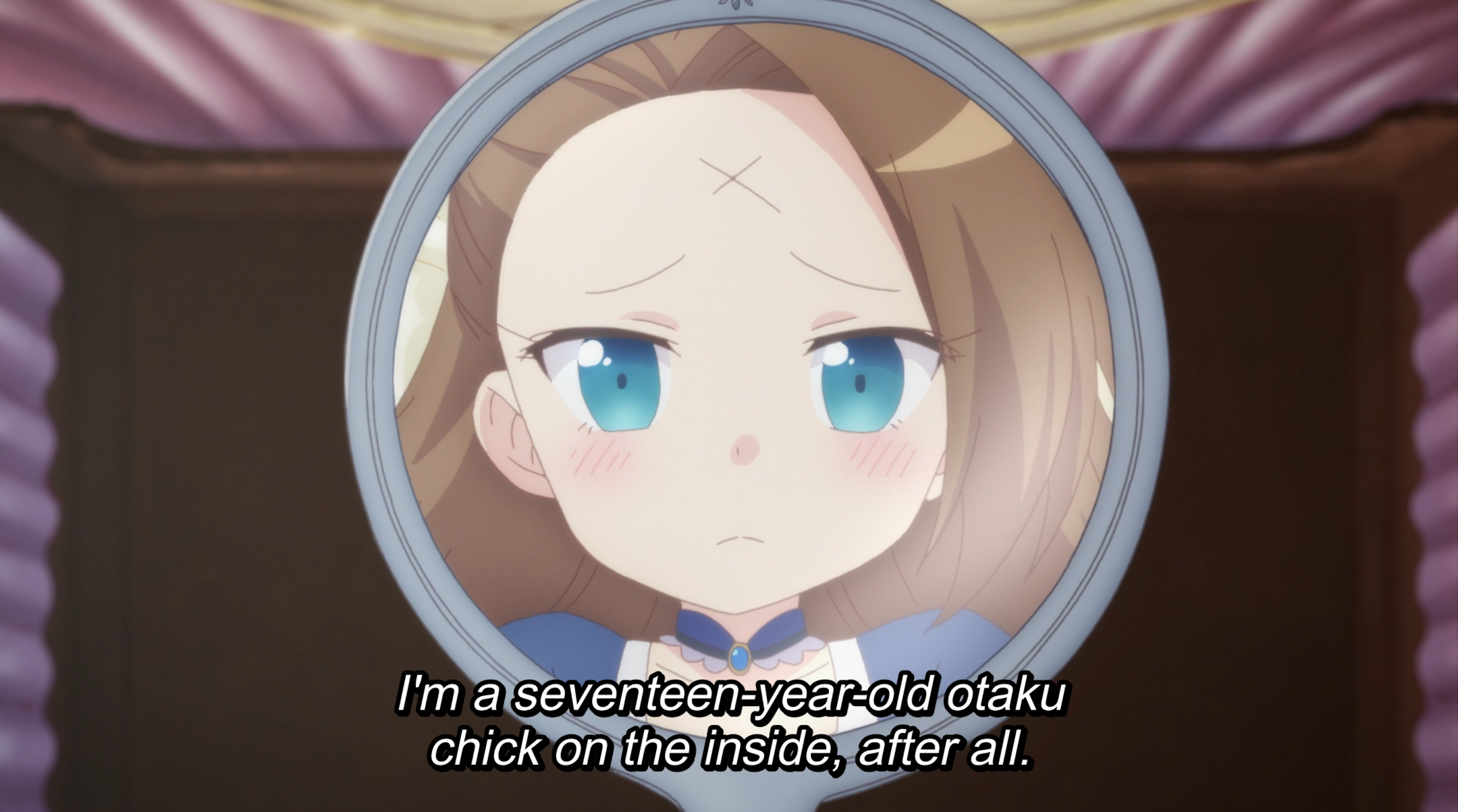 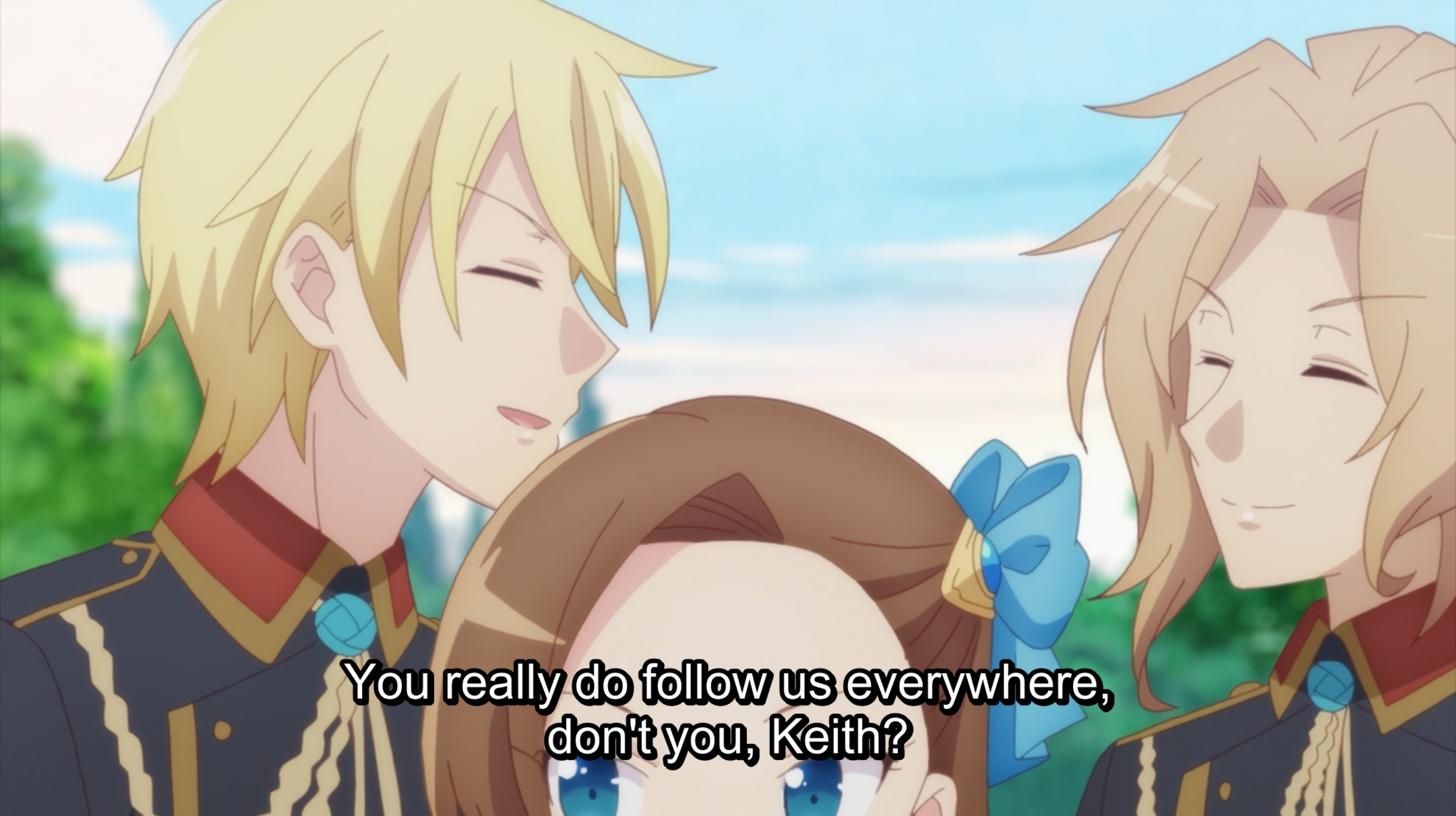 Each character’s relationship with Catarina is centerstage in this anime, leading to some fantastic moments of friendly, romantic competition and scenes that seem straight out of an otome game. Yet, despite how gorgeous each guy looks, the humor is in Catarina being either oblivious and/or focused on some cake. The jokes are fast and often silly with this show, but that just makes it all the more fun.

My only criticism is that there were rarely any scenes of characters talking about something besides Catarina. I would have loved some more scenes of the other characters building their friendships with each other and perhaps even bonding over shared interests or hobbies. As it is, everyone just seems isolated (besides siblings), only connected through Catarina as the lynchpin. With season 2 coming I hope we get to see more of who the characters are outside of their love for Catarina. 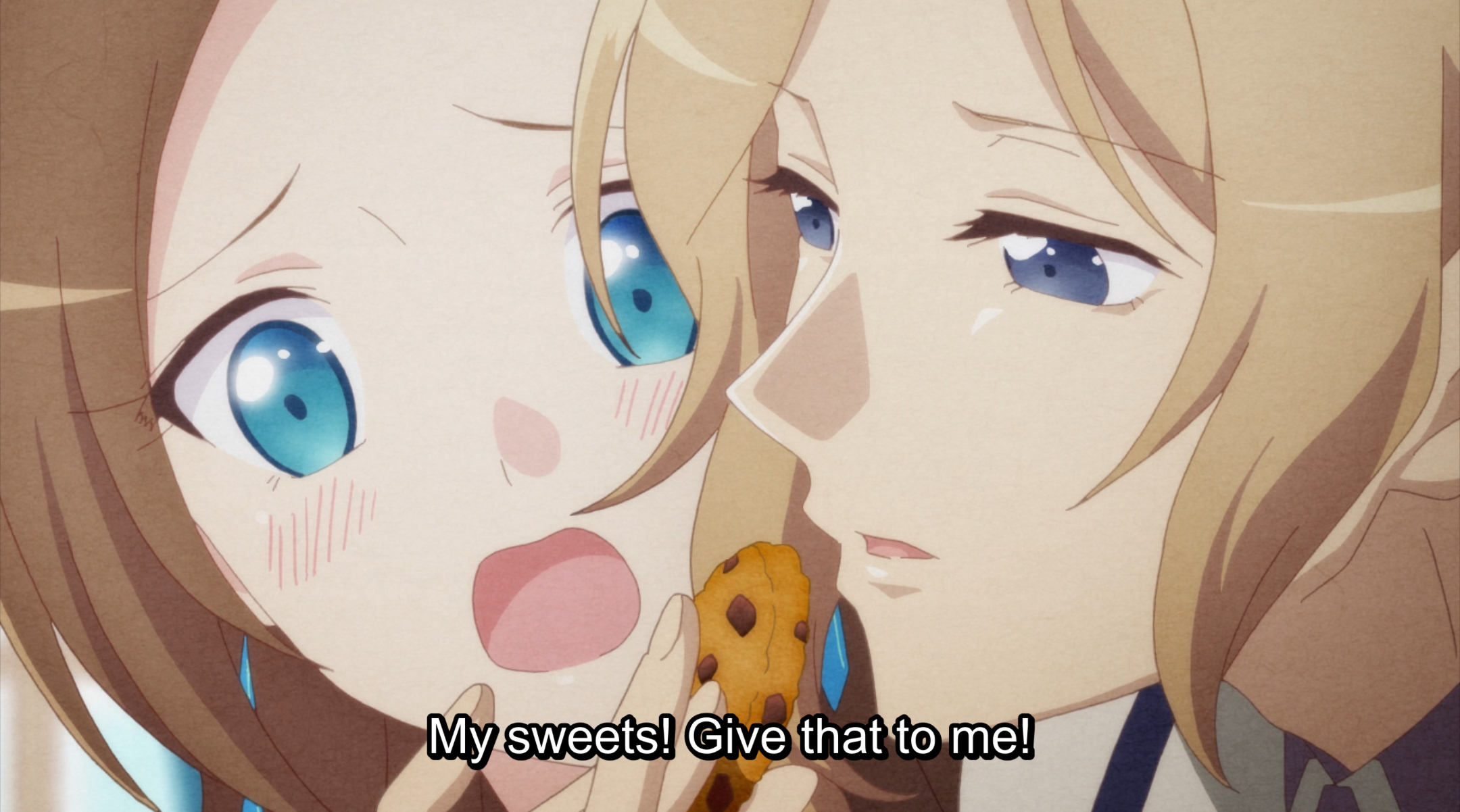 Catarina herself is an endearing character who quite literally takes charge of her own fate. She begins preparing for her potential doom through whatever means necessary, from learning to farm to crafting fake snakes to scaring Prince Geordo. But her true strength comes out in her interactions with others.

It’s not just that she understands the characters because in her past life she played the game. While Catarina can be truly dense to the romantic feelings of the people around her, she is aware of their fears and concerns. She’s quick to step in and do the right thing. But while she has her serious moments of bravery, she’s also an absolute riot. From ‘internal meetings’ about avoiding doom flags to just getting into random mishaps, Catarina, one way or another, always gets audiences laughing. So, while the story is built up around Catarina drawing in the other characters, with her vibrant personality, she quite easily enamors viewers as well. 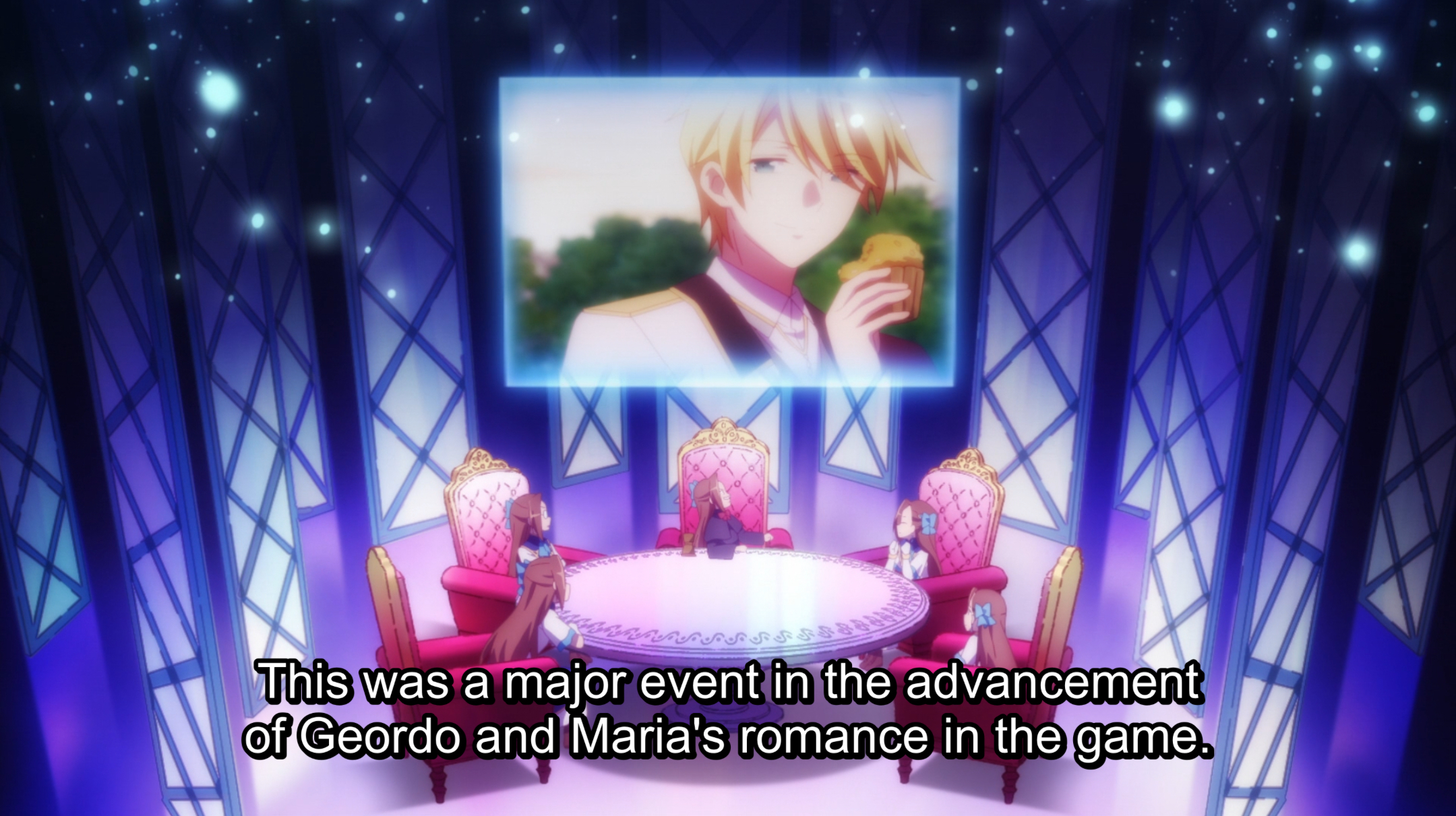 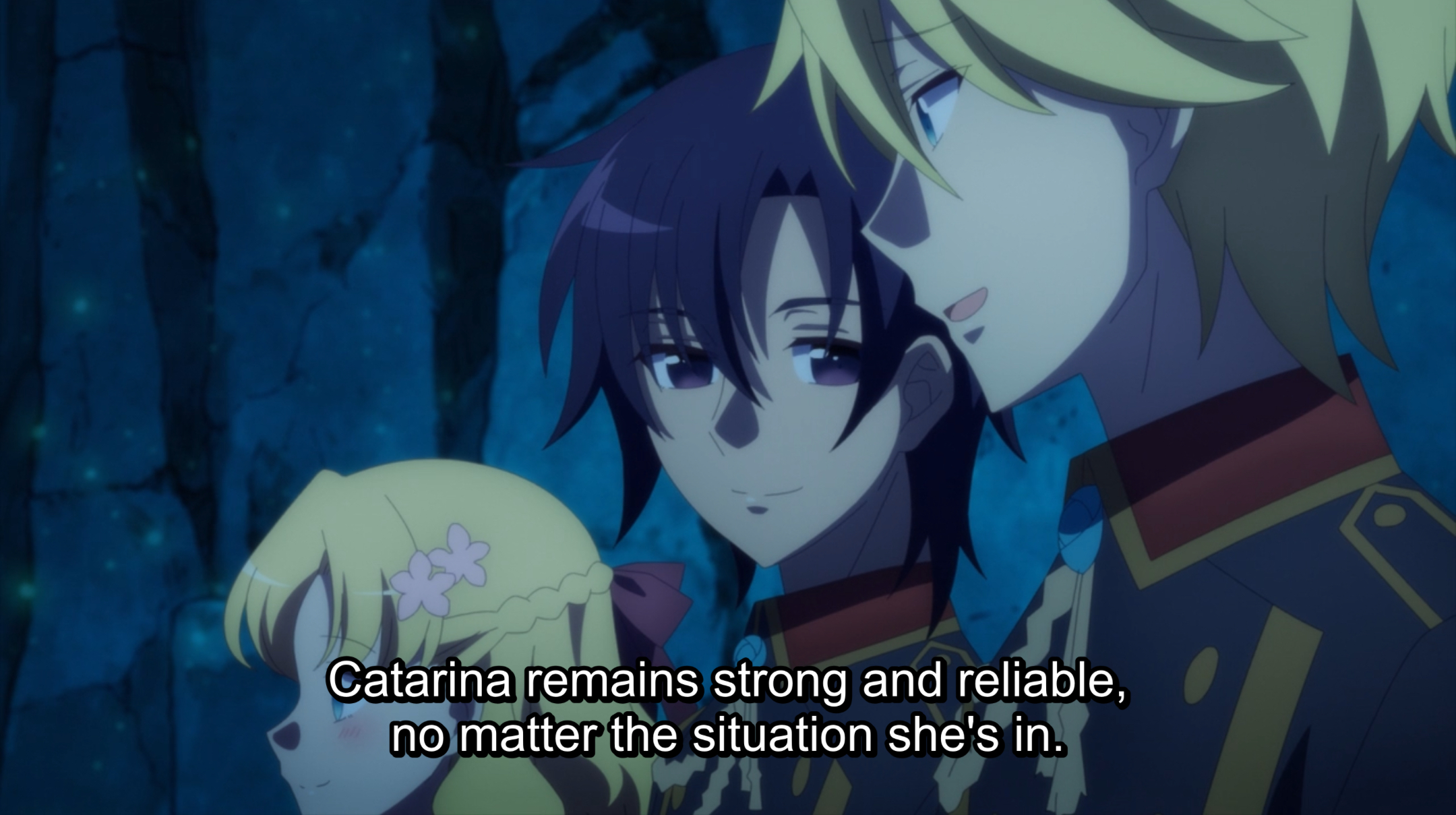 Story-wise, My Life as a Villainess can feel a little slow. While Catarina works towards avoiding doom, most episodes are filled with everyday moments such as Catarina rushing through her holiday homework. But while there isn’t too much tension, these really add to the light-hearted feel of the show. The only point where it becomes an issue is the show’s unrestrained emphasis on how loved Catarina is. For example, in one episode Catarina’s maid reminisces how oblivious Catarina is. We then see back-to-back scenes of each character trying and failing to get her attention. By that point in the story viewers are well aware of how adored and dense Catarina is. So it felt a bit like a waste of time. However, without giving too much away, the last three episodes really pick up in terms of pacing, ultimately tying together the show with some really touching and exciting scenes.

My Next Life as a Villainess was a genuinely fun show to watch, and the main word I would use to describe it is ‘wholesome’. The growth of characters and the bonds that they make with Caterina is heartwarming, and Catarina is a fantastic villainess-turned-heroine. With Catarina once again at the helm for season 2 airing in a few days, I can’t wait to see what doom flags she’ll work to avoid next!

My Next Life as a Villainess: All Routes Lead to Doom season one is available to stream on Crunchyroll.