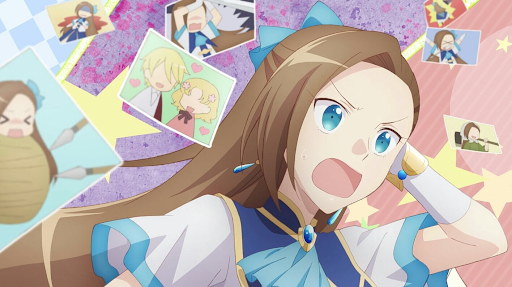 One of the best things about anime has to be the ease with which the medium can make high concept premises work really well. For instance, the plot of My Next Life as a Villainess: All Routes Lead to Doom! might seem a bit far-fetched: a video game villain regains memories of her past life as a real world teenaged girl who actually played the video game of her present existence, uses her knowledge of the game to avoid disastrous fate written for her villainous character.

It may sound like a lot plot-wise, but complicated plots are kind of par for the course when it comes to most anime, and considering the series’ prior success as a light-novel series and ongoing manga adaptation, the new anime adaptation is bound to please fans.

The first episode of the anime adaptation aired in Japan in April 2020, with Crunchyroll streaming the series for Western audiences. With the series now streaming and new episodes soon to be released, let’s cover everything a prospective newcomer to the series might want to know.

Plot and Characters of My Next Life as a Villainess: All Routes Lead to Doom!

Caterina Claes is the noble daughter of Duke Claes, the adoptive sister of Keith Claes, fiance of Prince Geordo Stuart, and unknowing villain of the story-based otome video game, Fortune Lover. When a blow to the head awakens memories of her past life, Caterina realizes that she was a teenage girl, obsessed with playing Fortune Lover, and now that she’s been reincarnated as the bad-guy in her favorite romantic video-game, her fate is sealed. 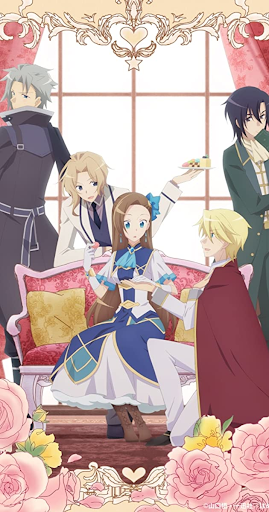 If the events of the game work out well for her, her fiance ends up with the game’s heroine, Maria Campbell, and she is doomed for exile. If things go poorly for her, Caterina ends with her fiance killing her and running off. To further complicate things, the various other game character interactions are designed to leave her either exiled or murdered. This goes for her brother, potential suitors such as her fiance Geordo’s brother, Prince Alan, and their handsome friend Alan.

Luckily for Caterina, her knowledge as a former otaku, well versed in all the intricacies of the game she now finds herself living in gives her the opportunity to do things differently. Instead of playing out the villainous storylines the game has in store for her, Caterina befriends the heroine, practices gardening in case she does end up in exile, and stumbles her way into the hearts of all the people she’s intended to be the antagonist too.

Throughout the series various surprising love triangles abound as Caterina clumsily makes her way through a game that is literally rigged against her, to entertaining ends.

Past Lives of My Next Life as a Villainess, Manga and More

While the anime adaptation of My Next Life as a Villainess: All Routes Lead to Doom! is fairly new, the series has been around for a while.

Initially a light-series, written by Satoru Yamaguchi and illustrated by Nami Hidaka, My Next Life as a Villainess was originally published online in 2014, released in light-novel format starting in 2015. As of 2020, nine volumes have been published in Japan, six of which having been released in English.

Starting in 2017, the light-novel series was adapted into a manga, initially serialized in the shōjo magazine Monthly Comic Zero Sum and getting published in volumes as of 2018. The fifth volume of the series was released in May of 2020 and while the other volumes have been translated to English, this last volume has yet to be translated.

Verge of Destruction and adjusts the timeline of Caterina recovering her memories. While in the initial series, she bumps her head as a child and is able to change the relationships between her video game counterparts before they turn sour.

In the spin-off, Caterina only regains the memories of her past life and awareness of living as the villain of the Fortune Lover game as a fifteen-year-old, meaning she’s got a lot of villain-like behaviour to make up for if she’s gonna avoid the disastrous ends predestined by the game.

Overall, the series has a lot to offer: complicated character relationships, fun layers of reality and meta-narrative, romance, magic, and more. As a newer anime series with the latest chapters of both the manga and light-novel series forthcoming in English, it’ll be fun to get to enjoy seeing how Caterina manages to navigate her fate as the episodes air.