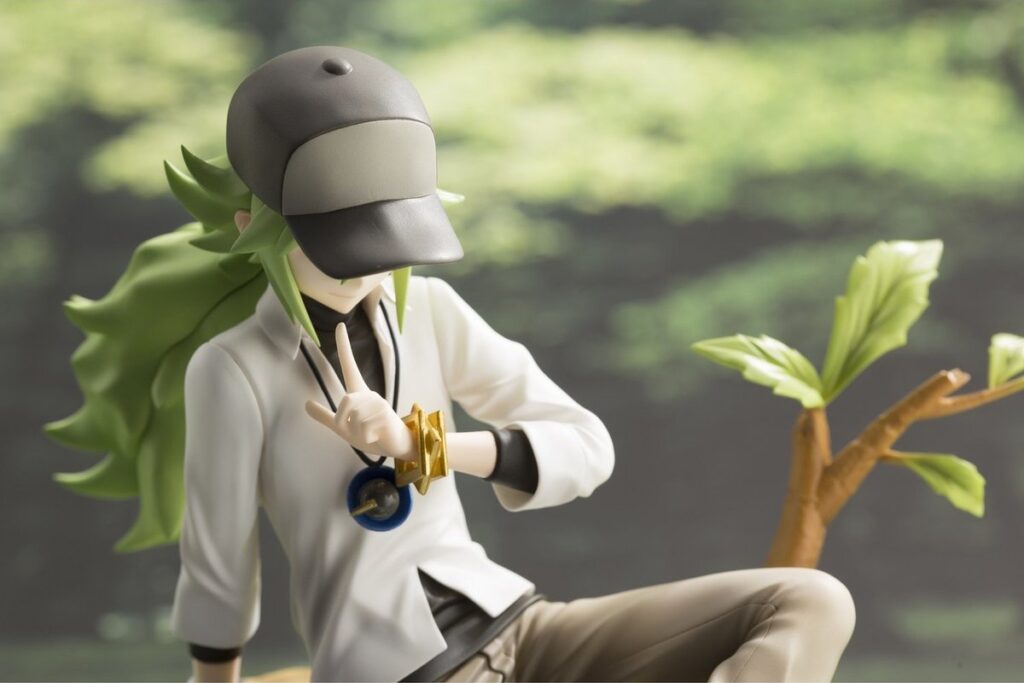 The Pokémon Black and White generation is by far my favorite in the series. There was something about the story that felt much more mature than its preceding and successor titles. I felt that the characters in both Black and White and Black 2 and White 2 were more developed as well. This might be an unpopular opinion, but that’s why it’s an opinion, right? One of the characters that stood out to me was none other than N with his trademark Pokémon Zorua. His back story of being left in the woods and only being able to see Pokémon that were harmed by humans lends to the mature overtone of the story that resonated with me. Today, Pokémon Center Online announced that they are releasing a beautiful figure of N and his Zorua sitting on a tree stump. 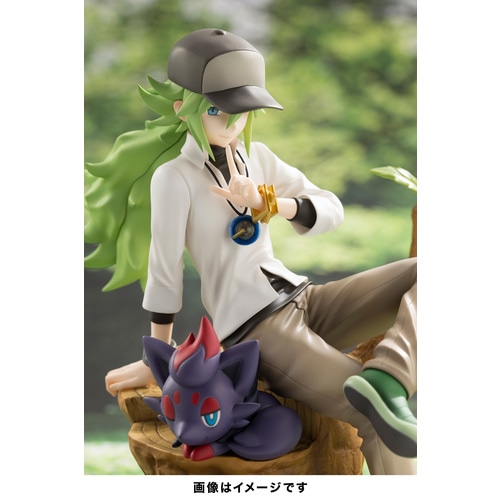 The new figure is based on an illustration that was done by none other than Naoki Saito, an artist who has contributed a large amount of art to the Pokémon Card Game. Some of that featured the same setting as the figure, with N and Zorua relaxing on a tree stump. It really is a nice change of pace to see from the character who was raised to become the Leader of Team Plasma. Sure, you end up having to battle him an absurd amount of times across the two games, but you can’t help but want to love the character. 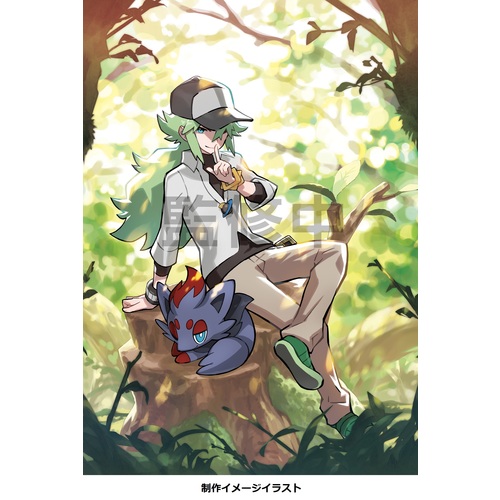 The N and Zorua figure has kicked off preorders at the Pokémon Online Shop for a moderate price of ¥14,300 and is anticipated to be shipping to customers at the end of September. Considering the size of the figure, I feel that this is a pretty fair price, and anyone who is a fan of Black and White should definitely jump on this.