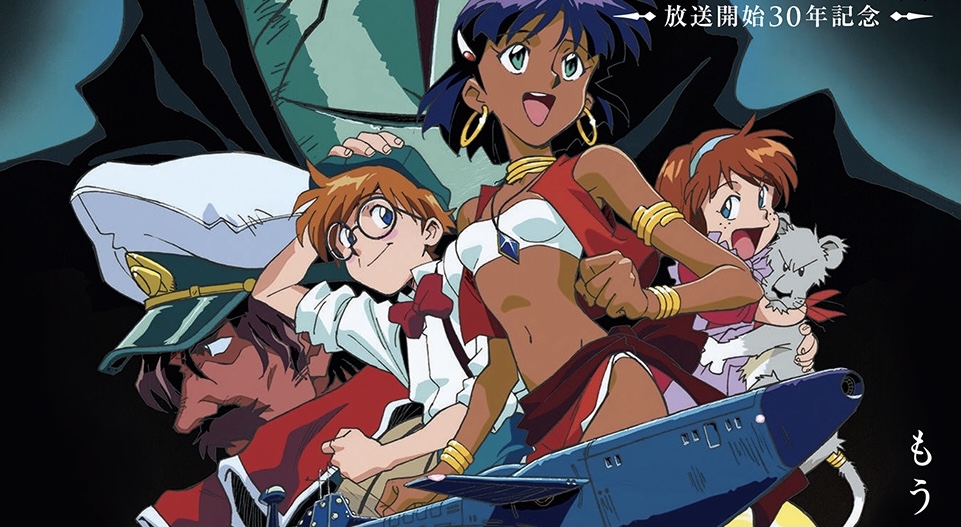 Nadia: The Secret of Blue Water, a 1990 anime directed by Hideaki Anno during his time at GAINAX, will receive a special exhibition in Osaka and Tokyo in celebration of the series’ 30th anniversary.

Despite the anime’s ambition and impressive animation, Nadia: The Secret of Blue Water was a disaster for GAINAX upon its initial airing in 1990. Set in 1889, the series centers on Nadia, a young inventor named Jean Raltique, and the mysterious captain Nemo of the submarine Nautilus as they fight to save the world from Gargoyle in his attempts to revive the former Atlantean empire; the plot is roughly based on Jules Verne’s 20,000 Leagues Under the Sea. The series went over budget and lost GAINAX money, but it has since become a beloved classic still fondly remembered.

To celebrate Nadia: The Secret of Blue Water’s 30th anniversary, a special exhibition will take place. 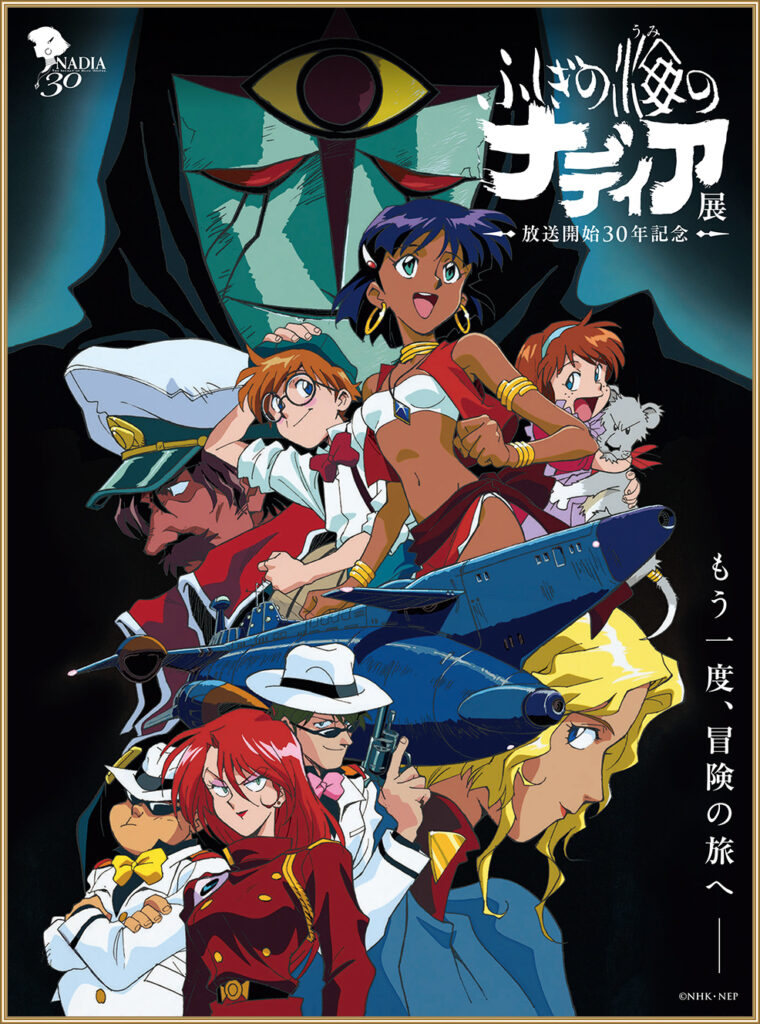 While the exhibition was first announced a few months ago, we now have further details of what to expect. This exhibition promises to offer visitors an unprecedented look into the series’ production. On display will be a number of documents from the original planning for the series, memos from Hideaki Anno, Yoshiyuki Sadamoto and Masahiro Maeda’s image boards, character concept sheets, storyboards, animation stills and more from throughout the series’ labored production. Those attending the event will also receive a free 16 mm film print of select frames from the TV series.

A number of pieces of merchandise will also be sold at the event. These include canvases with art from the series, a hand towel, a pass case for things such as a SUICA card, pins, and a keychain watch.

Although the series is beloved in Japan, it still has limited visibility outside of Japan despite the names involved and the quality of the production itself.

The exhibition will take place at Daimaru Museum in Osaka from 17 February until 8 March, and in the Tokyo Solamachi 5th floor space near Tokyo Skytree from 29 April until 9 May. You can find out more about the exhibition over on the event’s official website.