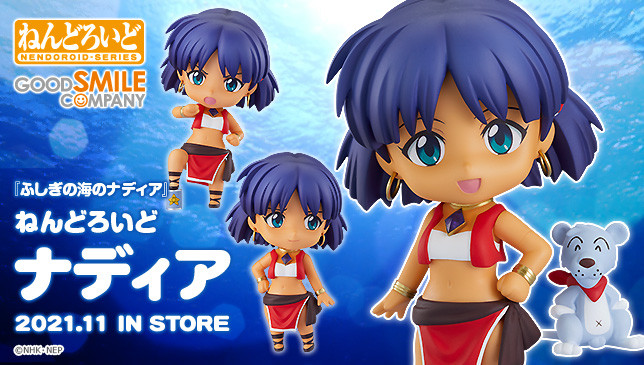 If you fondly remember Nadia: The Secret of Blue Water, you’re going to love this cute little Nendoroid version of the heroine and her pet lion, King. Good Smile Company started pre-orders for Nadia on Monday, and they predict that the chibi figure will be released in November. 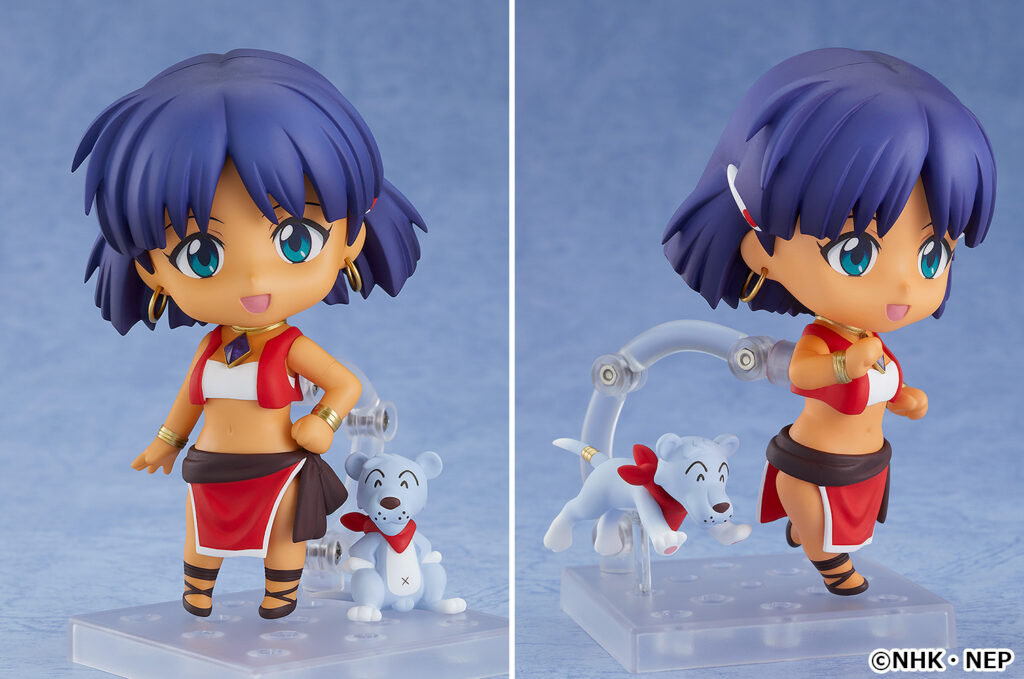 Last year marked the 30th anniversary of this wonderful Hideaki Anno/ Gainax anime. The first episode of Nadia: The Secret of Blue Water was released on 13 April 1990, and the series still holds up quite well even now. (Incidentally, Nadia is 10 years older than Good Smile, which was founded in May 2001.)

It’s hard to believe, but my quick internet search brought up only one previous Nendoroid Petit version of the character. It was bundled as a special gift with AnimeStyle magazine in August 2011. But the more recent version is clearly way better. (I couldn’t even find the 2011 one on Good Smile’s website.) 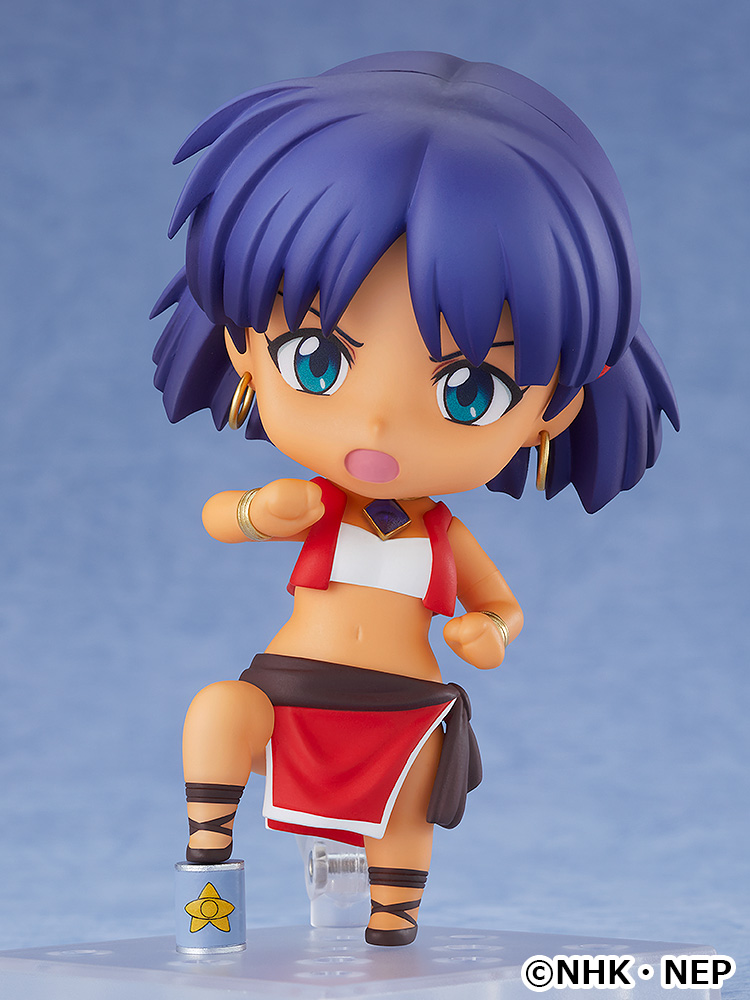 As is typical with Nendoroids, the 30th anniversary edition comes with interchangeable expressions: standard, angry (i.e. tsundere Nadia), and troubled. She can also be posed in a lot of fun ways. King also has a couple of different poses.

The Blue Water gem around her neck can be made to shine by adding a Hiromi Milite 316B, a tiny blue LED light (sold separately). 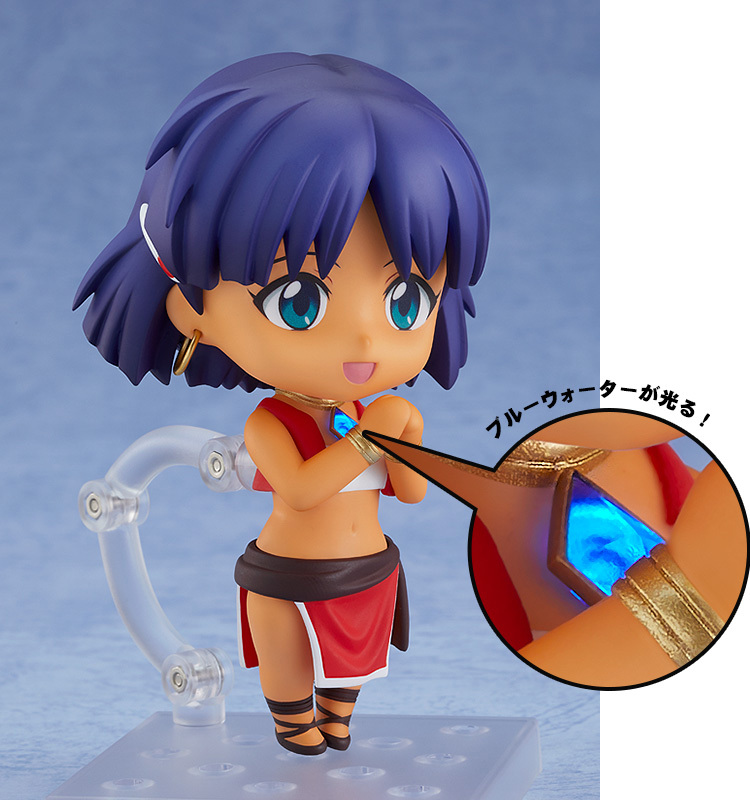 Good Smile will take orders for Nadia through 14 July, and the Nendoroid will cost 5800 yen.