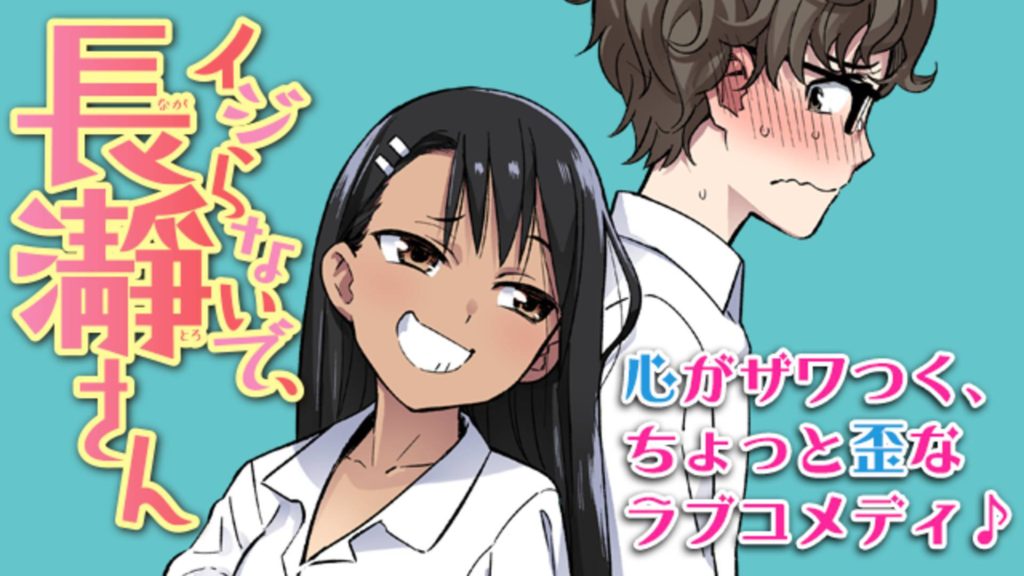 With the Karakai Jozu no Takagi-san (Teasing Master Takagi-san) anime proving to find its own levels of success both in the West and domestically, it seems that the floodgate has opened up a whole new bullying-love comedy subgenre.

The original Takagi-san anime aired last season, and was licensed by Crunchyroll. It revolves around middle school students Nishikata and Takagi, who you could consider to be seat neighbors. Takagi relentlessly teases Nishikata, and Nishikata in turns tries to get his revenge on Takagi, making for a heart-warming and hilarious love comedy. The manga, however, has been running for much longer, since 2012, and has been collated into eight volumes as of the time of writing.

That makes ample time for a new series seemingly ‘inspired’ by Takagi-san to enter the scene; one of the best manga that follows the same formula is Don’t Toy With Me, Miss Nagatoro (Ijiranaide Nagatoro-san). Much like Takagi, Nagatoro teases and bullies our main character, Senpai, but at the same time tries to not let her affection for Senpai slip, making for some heartwarming and hilarious moments. 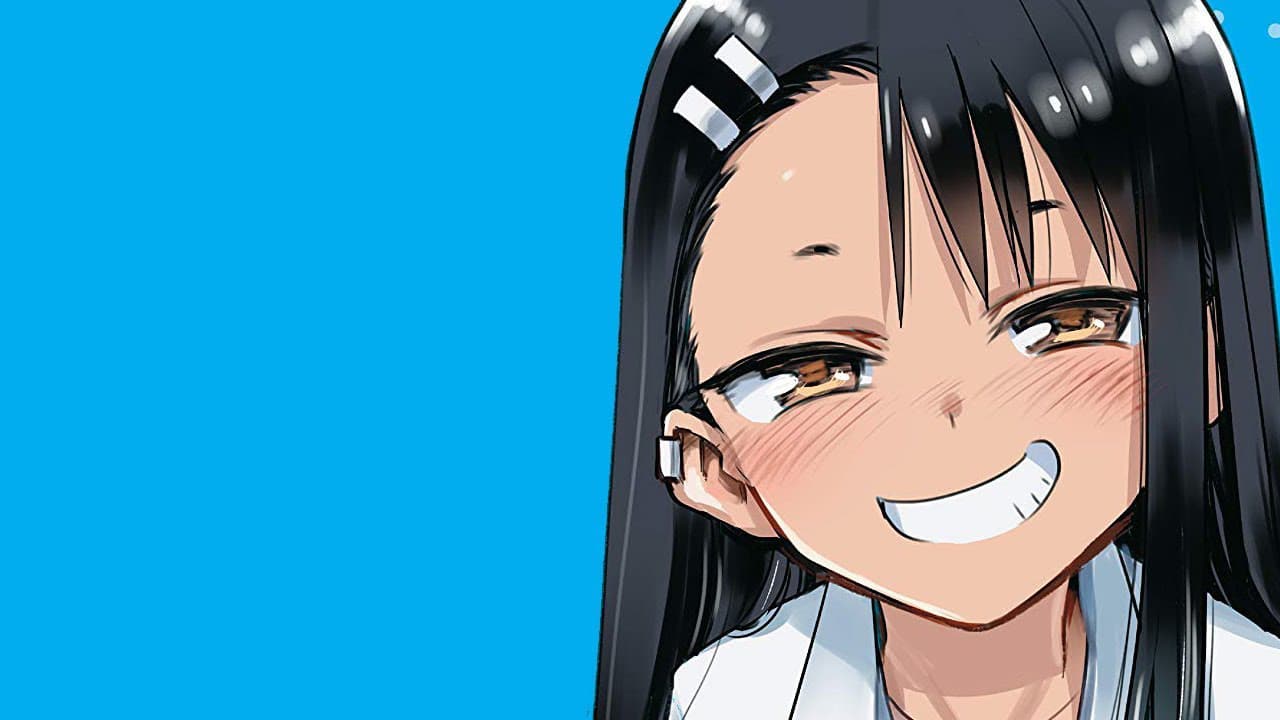 The similarities between the two series are obvious, and it’s quite natural to consider them both in the same subgenre. In fact, the reason I became interested in Nagatoro-san in the first place was that I had already read Takagi-san, and was hungry for more. At least in concept, Nagatoro-san sates my thirst, but in actual fact, I appreciate them both for very different reasons, and I think you may too.

Their approaches, for one, could not be more different: if Takagi can be called a ‘teaser’, then it’s safe to call Nagatoro a sadist. Whereas Takagi plays innocent pranks, Nagatoro gets her kicks from physically bullying the main character (simply named Senpai), smacking him on the back, pushing him down, and generally exploiting our main character’s lack of physical strength. Add to this Nagatoro’s constant psychological tormenting of Senpai, teasing him for being a ‘cherry boy’ and an otaku, and it’s clear that Nagatoro-san has no intention of emulating the family-friendly tone of Takagi-san.

This isn’t that surprising once you consider the widely divergent backgrounds of the authors. Whereas Takagi-san’s Souichirou Yamamoto has been drawing fairly light-hearted romance manga for most of his professional career (his other standout work being Fudatsuki no Kyouko-chan, a love comedy centered around a vampire and her brother) Nagatoro-san’s 774 or Nanashi has made a name for themselves drawing some very hardcore erotic doujinshi. In any case, 774’s career in doujinshi has probably made them privy to more adult things than Yamamoto, meaning that even a safe-for-work series from them would be infused with the adult tone that they have probably become used to in the doujinshi circuit. 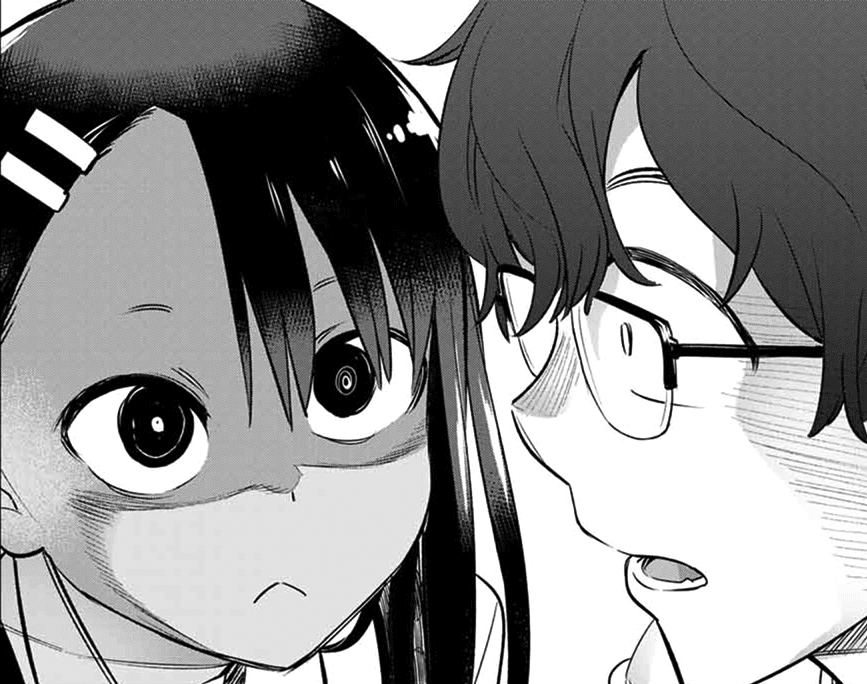 One could argue that several dynamics to Nagatoro-san make it possibly stronger in the long run than Takagi-san from a reading perspective. Whereas Takagi-san’s Takagi and Nishikata stay mostly static over the course of the eight published volumes, Nagatoro-san’s characters have already seen some development that has piqued my interest as to where the series will go in the future. Senpai has started to stick up for himself more, and Nagatoro’s actions are more and more telltale of her love for Senpai. Compare this to Takagi-san’s formulaic-but-effective comedy, along with the foregone conclusion that Takeshita will end up marrying Takagi, as revealed by the sequel manga Karakai Jouzu no (Moto) Takagi-san (Skilled Teaser (Former) Takagi-san), and it’s clear to see which one I’ll be excitedly anticipating future developments from in the future.

To further counter those who would assume that Nagatoro-san copied or ripped off Takagi-san, it is important to realize that 774 had been developing the concept of their story and the characters of Nagatoro and Senpai for years, even releasing their own game based around these characters in 2016. There seems to be no evidence that 774 is a fan of Yamamoto’s work either, although I wouldn’t be surprised if that was the case. If anything, it would be more accurate to assume that it was the publisher who was influenced by Takagi-san, as the serialization of Nagatoro-san came in the wake of the announcement that Takagi-san would be getting an anime adaptation.

Therefore, even though the similarities between Takagi-san and Nagatoro-san are plenty, equally plenty are the differences between the two series. I, for one, am enjoying reading both series on their own merits. If you enjoyed Takagi-san, I think that it is likely you’ll enjoy Nagatoro-san, but at the same time, both series have their own distinct identities and appeal.

Nagatoro-san has not yet been picked up for English localization, but considering the success of the Takagi-san anime last season and Yen Press’ licensing of the original manga last year, I wouldn’t be surprised if it was in the future. Volume one was released in Japan in March of this year. 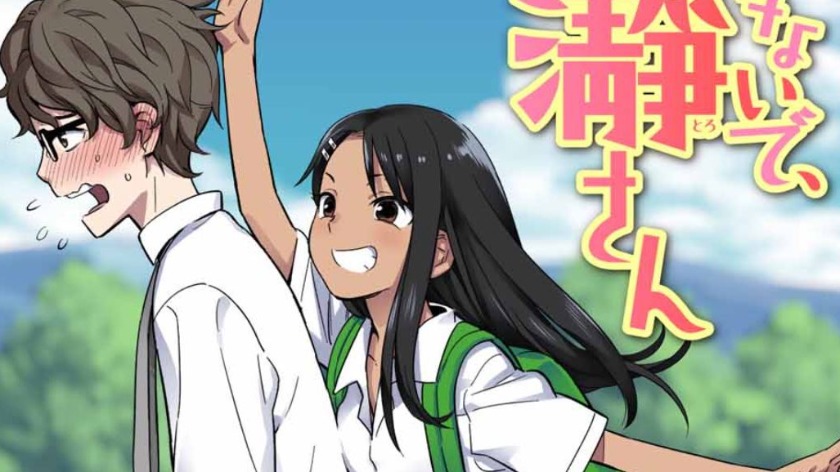