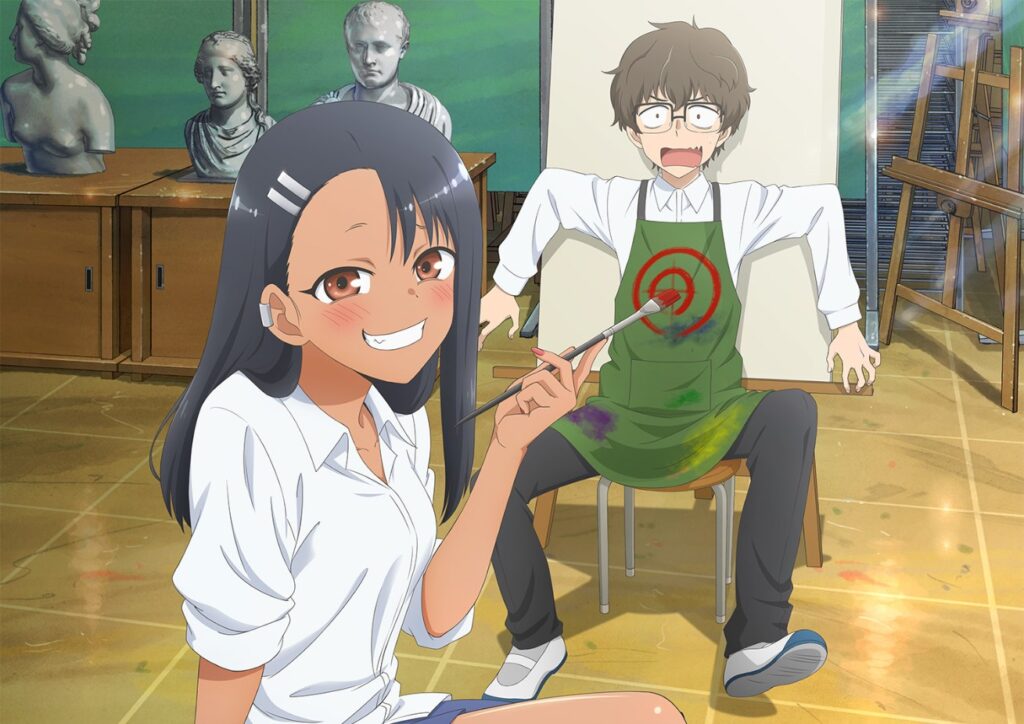 Let’s face it: if you’re looking forward to the anime adaptation of Nanashi’s Ijiranaide, Nagatoro-san (Don’t Toy With Me, Miss Nagatoro), then you’re probably a degenerate.

The manga, launched in 2017, follows the titular Nagatoro as she bullies, teases, and occasionally abuses her object of affection and victim, known as Senpai. The anime was announced last year and is set to star Sumire Uesaka, eclectic voice actress known for her music as well as love for tanks. By now, you probably also know that the Nagatoro-san anime is set to air next spring, and may have even seen the key visual.

Far more interesting and more indicative of the series’s content, however, is the voice drama. Unveiled on November 6, the same day as the release date and the key visual, this short, two-minute track featuring Sumire Uesaka tells you everything you need to know about Nagatoro-san and more:

To be honest, it was a little surprising to hear that Kurosawa Tomoyo would not be taking the lead role of Nagatoro after her excellent performance in the series’ 2019 commercial, but this Nagatoro-san anime voice drama shows that Sumire Uesaka was also a good choice.

The way that she mocks the viewer for not only reading the original manga but also looking forward to the anime is perfect, summing up how the character would actually react if she heard the news in-universe. Uesaka also shows surprising range here, getting into character in a sadistic way we’ve not yet seen across her voice acting career.

Even if you don’t understand Japanese, the sultry and sadistic tone of this Nagatoro-san anime voice drama should come across no matter the language. This isn’t the first time that Nanashi’s series has broken the fourth wall, either, as a release event for the series’ fifth volume also featured real-life cosplay bullying.

And let’s face it: you probably enjoyed it, didn’t you?

Those in the mood for more auditory bullying can pick up a special drama CD attached to the manga’s ninth collected volume, which goes on sale November 9. The anime also premieres next year.