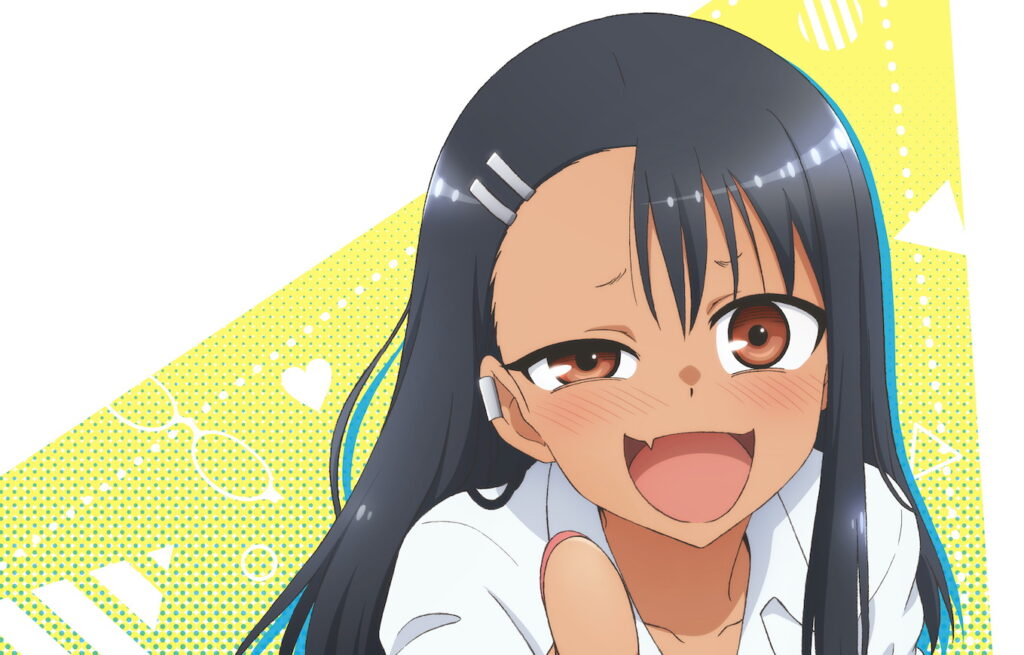 After many leaks and much speculation, an anime adaptation of Nanashi’s Ijiranaide, Nagatoro-san has been announced. Helmed by TMS Entertainment and starring Sumire Uesaka, this is shaping up to be an exciting adaptation of a property that has quickly become a firm favorite in manga-reading circles in the west and Japan alike.

For the uninitiated, Ijiranaide, Nagatoro-san (translated as Don’t Toy With Me, Miss Nagataro in English) follows the comedic misadventures of one hapless character simply known as ‘Senpai’ as he is relentlessly teased and bullied by his younger classmate, Hayase Nagatoro. Leaning on author Nanashi (774)’s experience in the doujinshi scene, the series finds most of its appeal in its combination of sadistic humor and extreme tsundere love comedy.

If that doesn’t sound like your cup of tea, then I don’t blame you. But the series has become a firm favorite in many fan circles, particularly the r/manga subreddit. In this sense, the cast and staff list for the upcoming Nagatoro-san TV anime should prove very exciting.

Most of the team has been pulled from the recently-concluded Tower of God, with assistant director Hirokazu Hanai stepping up to the plate as director. Animation director for episodes two and five Misaki Suzuki is also handling character designs, the most important of which (Nagatoro) can be glimpsed in the above key visual.

One Nagatoro-san anime staff member not from Tower of God is composer Gin, who will be handling the music. Considering that they also worked on Why the hell are you here, Teacher!?, however, they should be more than used to providing musical undertones to the sexually charged source material.

And then there is Sumire Uesaka. The voice actor, known affectionately as ‘Sumippe’ by her fans, has made a name for herself not just through her acting and music, but also her bizarre hobbies: including collecting Soviet memorabilia. Her pre-existing popularity may certainly be one reason why TMS Entertainment has recruited her for the Nagatoro-san anime, but there is no doubt that she also has the acting chops for the role. Curiously, the studio did not decide to use Kurosawa Tomoyo, who voiced Nagatoro in a commercial earlier last year.

There is no release date yet for the Nagatoro-san anime, but you can check out the official website for more information.