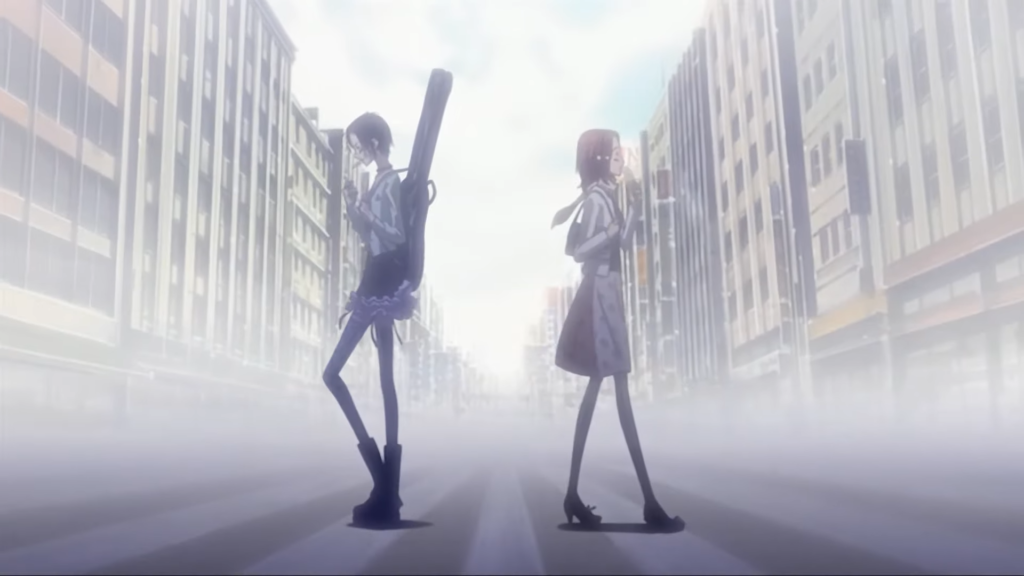 News eeked out yesterday that the long disappeared (but never forgotten) Nana anime adaptation would be finally getting a North American rerelease courtesy of Sentai Filmworks, properly upscaled for Blu-ray. Madhouse originally unleashed their take on, according to Wikipedia’s comprehensive highest-grossing manga page at least, the third best-selling Shojo manga of all time way back in 2006, just a year after their excellent adaptation of her bestseller Paradise Kiss. Viz Media took their sweet time releasing the anime, releasing three boxsets in 2009 through 2010, but they disappeared from shelves all too quickly. For about a decade, the only way to legally watch Nana was by shelling hundreds of dollars on eBay. Not anymore thankfully, with the Blu-rays and digital set, but there’s a reason people would pay those absurd prices for Nana.

For those who didn’t live through the era of the Shojo Beat magazine, the borderline Shojo and Josei Nana remains an anime and manga staple for myriad reasons. Through the lenses of Nana ‘Hachiko’ Komatsu, a fashionable young woman who dreams of romance, and Nana Osaki, one stubborn as hell punk warrior, conflicts that any young adult could experience are put to paper nakedly; one’s personal aspirations versus their love life, what happens when you pursue more than one person, and the growing pains that come with cold hard life smacking you in the face. Ultimately, more than any single plot point though, Nana is the story of anime’s strongest friendship, and how it’s put to the test.

With the Nana manga being essential reading, and the series having arguably the most satisfying live-action adaptation of them all, what does the Nana anime bring to the table? Any show made by Studio Madhouse during their peak makes a case for itself, but beyond that: the music. Nana Osaki fronts a band called The Black Stones, and her lover plays the guitar in their rival band Trapnest. So much of the story wraps around both bands and their music, and the anime comes with a legendary soundtrack. Anna Tsuchiya (imagine if Avril Lavigne actually kicked ass) handled ‘The Black Stones’ music, and tracks like ‘rose‘ and ‘LUCY‘ burst with such kinetic force that they’ll stay in your ears for life. Singer OLIVIA breathes a more soulful life into anime TRAPNEST, the two making that rivalry come to life. You’ll find yourself a real fan of these fictional bands.

Madhouse’s Nana anime might not be the definitive version of the story, but it’s a damn good one. More of a physical experience than the film or manga, thanks to some of the best rock music you’ve ever heard in any anime, the show has something to offer to both long-time fans of the manga who never saw the show and first-timers alike. Again, people were paying several hundred more dollars than they should have for the series for years, and certainly, the Nana friendship lives on in our hearts too.

The Nana anime will come out on Blu-ray and digital, but no exact date has been announced.