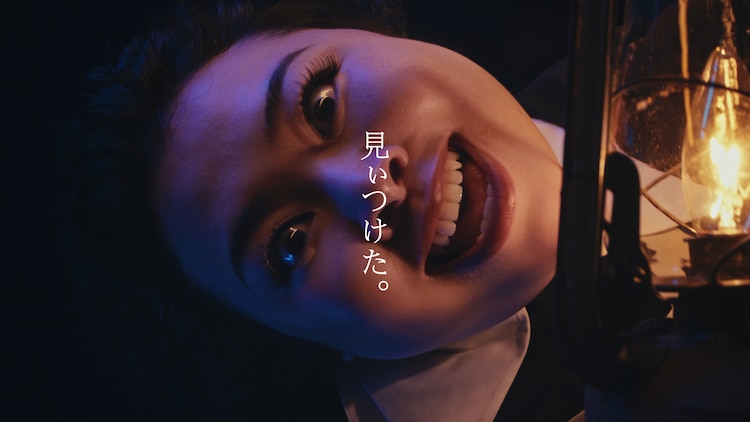 Although the manga for The Promised Neverland ended last month, the franchise is far from over. Volumes 19 and 20 of the manga, compiling the remaining chapters of the manga’s serialization, are set to release over the next few months, while the second season of the anime is set to air at the beginning of 2021, with a live action film scheduled for the end of this year. To celebrate the penultimate volume of the manga hitting store shelves today and the final volume being released on October 10th, and in recognition of the live action film being released on December 18th, a cross-promotional campaign between the manga and live-action film has begun that provides us with a first look at popular Japanese actress Naomi Watanabe in her role as Sister Krone.

Considering the sinister nature of Sister Krone’s character within the series and planned film, Naomi Watanabe and the promotional material released do a good job of not just promoting the manga and upcoming film but capturing the character. The main promotional video sees Watanabe as Sister Krone searching for the kids in her signature maid outfit and carrying a lantern, before suddenly jumping in front of the camera to proclaim that she found us. Mobile-centric promotional videos show Watanabe pushing aside manga art for the series to reveal her face and to proclaim she found what she was looking for.

Adding to the creepier vibes this promotion gives off, select Animate stores will also decorate their elevators for the promotional campaign. Here, a much more subtle yet still effective interpretation of the campaign is utilized, with the elevator decorated entirely in black, with Watanabe’s face slowly revealing itself as the doors close behind you. Further images even show her hiding underneath vending machines.

While this promotion is effective at capturing the essence of the character, there is controversy surrounding Naomi Watanabe’s casting in the role, considering Sister Krone was black in the original anime and manga versions of the story. Casting an actress like Watanabe in the role when there are already very few prominent roles for black actors in Japan is a questionable one, even if the character is portrayed effectively. Excluding the live action Keep Your Hands Off the Eizouken, very few major productions feature black actors in prominent speaking roles, which is an unavoidable problematic undertone to an otherwise fun promotional campaign. Even if this casting does in some ways address complaints made about the problematic nature of the character’s original design, erasing the character’s blackness altogether is surely not the way to resolve this issue.

Volume 19 of The Promised Neverland is out now in Japan, and the live action film (not to be confused with the upcoming potential live action series for Amazon) is currently scheduled for release on December 18th.