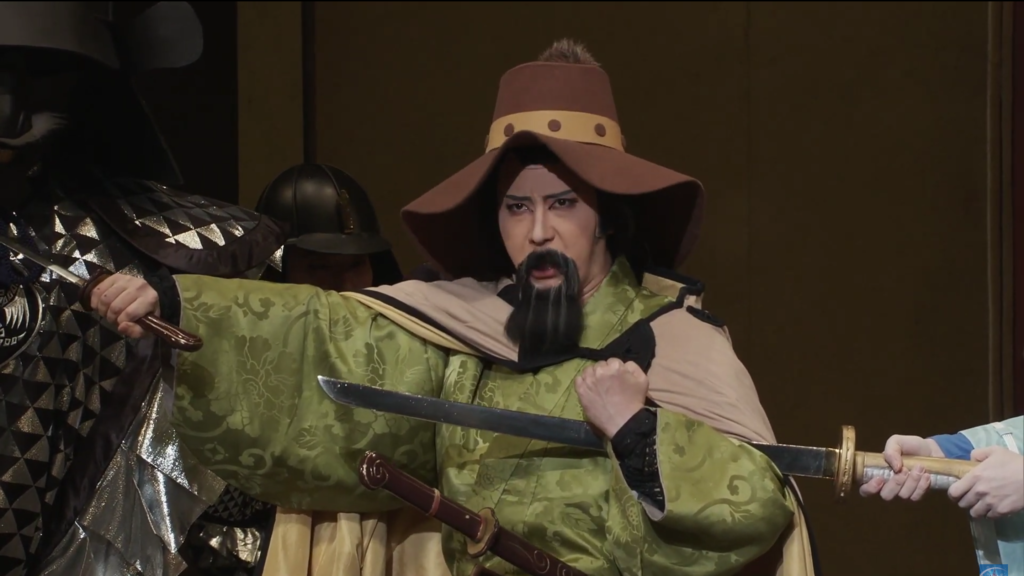 It’s been exactly one year since the Nausicaä of the Valley of the Wind kabuki stage play first premiered in Ginza last December. How time flies!

Ever since then, fans who haven’t been able to check out the production from overseas have been wondering how it shaped up as the series’ first full adaptation: the 1984 movie only covered about half of Hayao Miyazaki’s original manga, after all.

Now, we can all get a little taste of that as the first piece of footage from the Nausicaa kabuki stage play has been published online. Check it out below:

The clip is, perhaps unsurprisingly, quite full on with all the trappings of kabuki theater. You may be in for a shock if you’re not familiar with its historical origins: beginning as an avant-garde movement in the Edo period, it shifted to all-male troupes after an edict from the Tokugawa shogunate. It is known for its highly exaggerated costumes and style of speech, as well as male actors playing female roles. Both Nausicaa and Kushana here are played by men.

In any case, it’s quite a trip to see some of the scenes from Hayao Miyazaki’s original manga play out in this style. Primarily, it shows off the initial confrontation between the Valley of the Wind and the forces of Torumekia (led by Kushana), but it also shows the scene from Nausicaa’s past where she comes into contact with an Ohm. There’s also a monologue from that Ohm, which isn’t delivered in the sing-song theatrical style.

Truth be told, there were already some delayed viewings of the Nausicaa kabuki play back in February, but we didn’t cover it at the time. Nevertheless, those who paid a fee could stream the play in full, meaning that many people have already seen it. This clip, however, is the first free peek into the production widely available to anyone online.

The clip is meant to promote the upcoming Blu-ray and DVD release of the Nausicaa kabuki stage play on 20 January. There may be more footage on the Disney Studios channel uploaded in the future, so keep your eyes open.

What Does Jiji the Cat Symbolize in Kiki’s Delivery Service?