NECRONOMIDOL Start a New Chapter with “scions of the blasted heath” 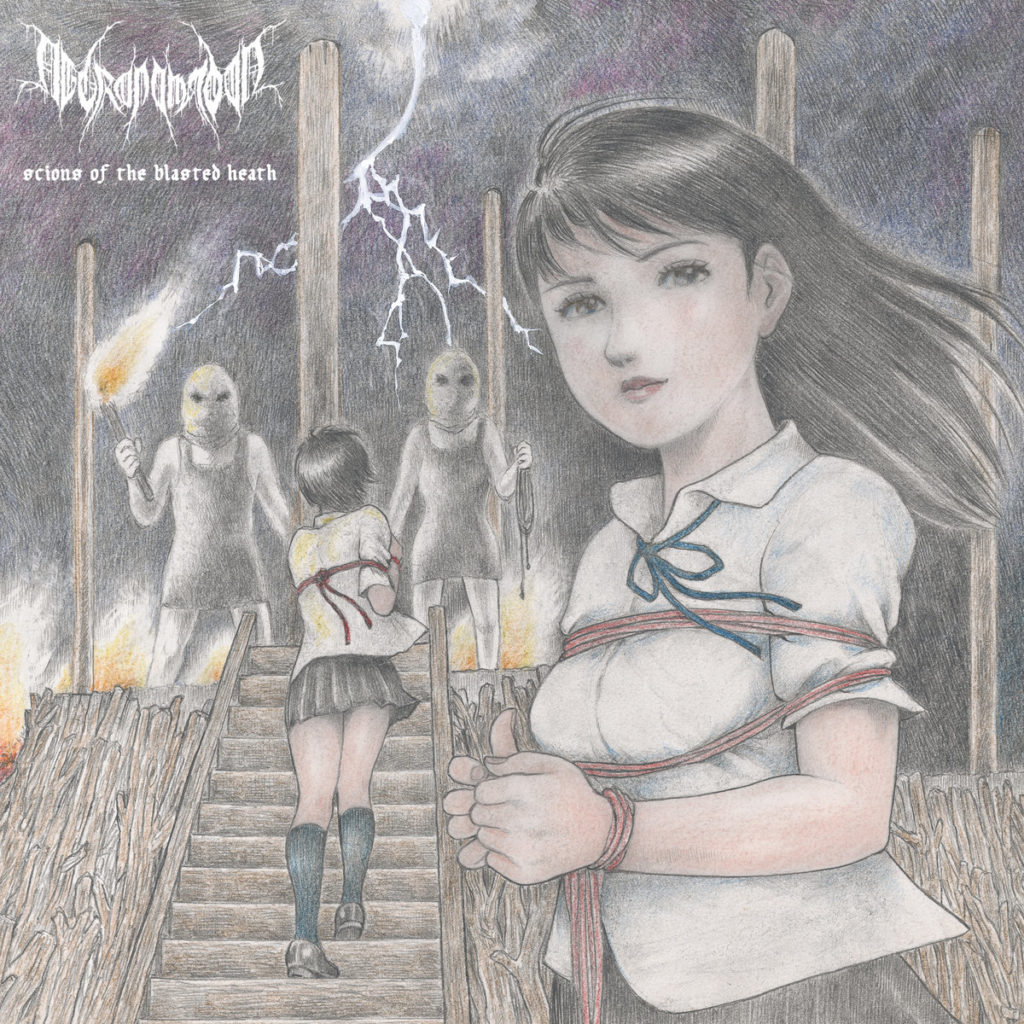 The intersection of idol music and heavy metal is well-worn ground. Over the past decade has been a pretty fruitful period for harder rock sounds colliding with more “kawaii” imagery, from the viral sensation of BABYMETAL to Japan’s own “underground idol” movement that saw traditionally cutesy styles take on a darker shade.

One of the better projects operating in this space has been NECRONOMIDOL, a Tokyo group operating since 2014. They push the whole “metal idol” concept a little further than most others, indulging in occult imagery in their artwork while creating songs taking cues from heavier metal along with synth-accented dark wave. When the history of this decade’s idol offerings gets written, this independent project deserves some mention in it.

They’ve also undergone a lot of changes in recent times, and new release scions of the blasted heath marks the start of a new era for NECRONOMIDOL. Get it here, or listen below.

This set of five songs comes after a bit of a shakeup to NECRONOMIDOL’s lineup. Earlier this year, two of the group’s most visible members — Sari and Hina Yotsuyu — departed from the project. While three other core performers remain, this shakeup ushers in a new era for NECRONOMIDOL, with new members Kunogi Kenbishi and Michelle joining the fold.

This new start, though, isn’t too far off from what came what they’ve always done best. Opener “SALEM” pummels away while the group’s vocals build up towards a big release (and lyrically, this one also explores extremes, as it appears to be sung from the perspective of a person being burned at the stake, probably because they were suspected of being a witch…hence the title). They weave in synthesizer melodies to a couple of numbers here, including the surprisingly peppy sounding finale “ LAMENT CONFIGURATION,” though the words once again reveal something with a bit more menacing edge. They work best when just embracing the chug, as on centerpiece “the festival,” featuring some of their heaviest riffs and a great example of how all-together singing can work to up the energy.

While the people in the group have changed, the actual sound of NECRONOMIDOL remains true to how it has always been. It might be a new chapter for the group, but the key elements remain in place.