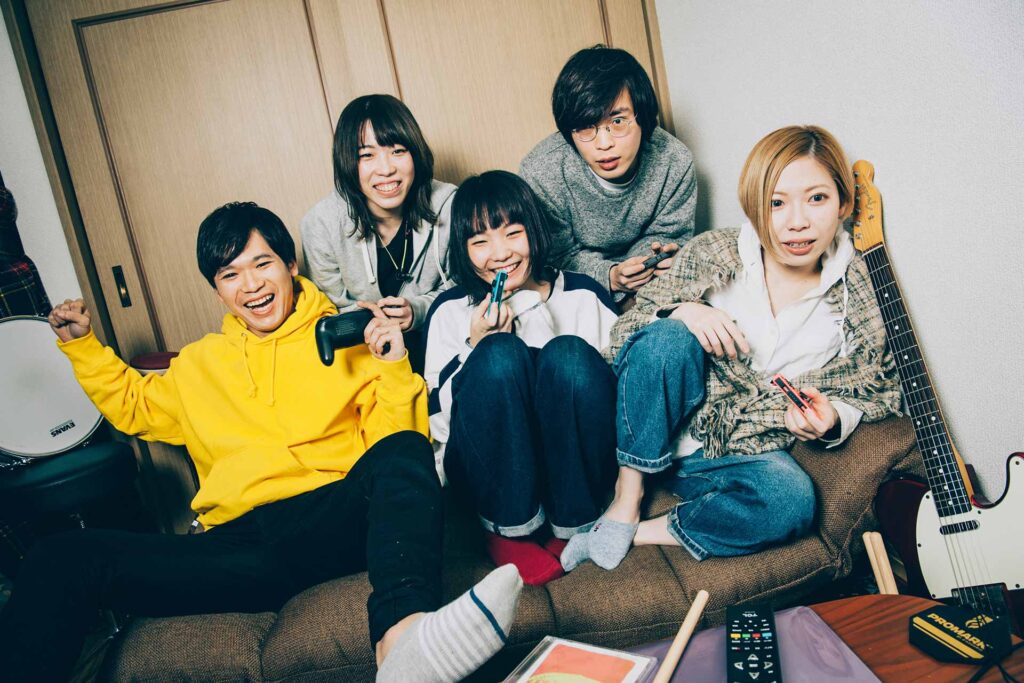 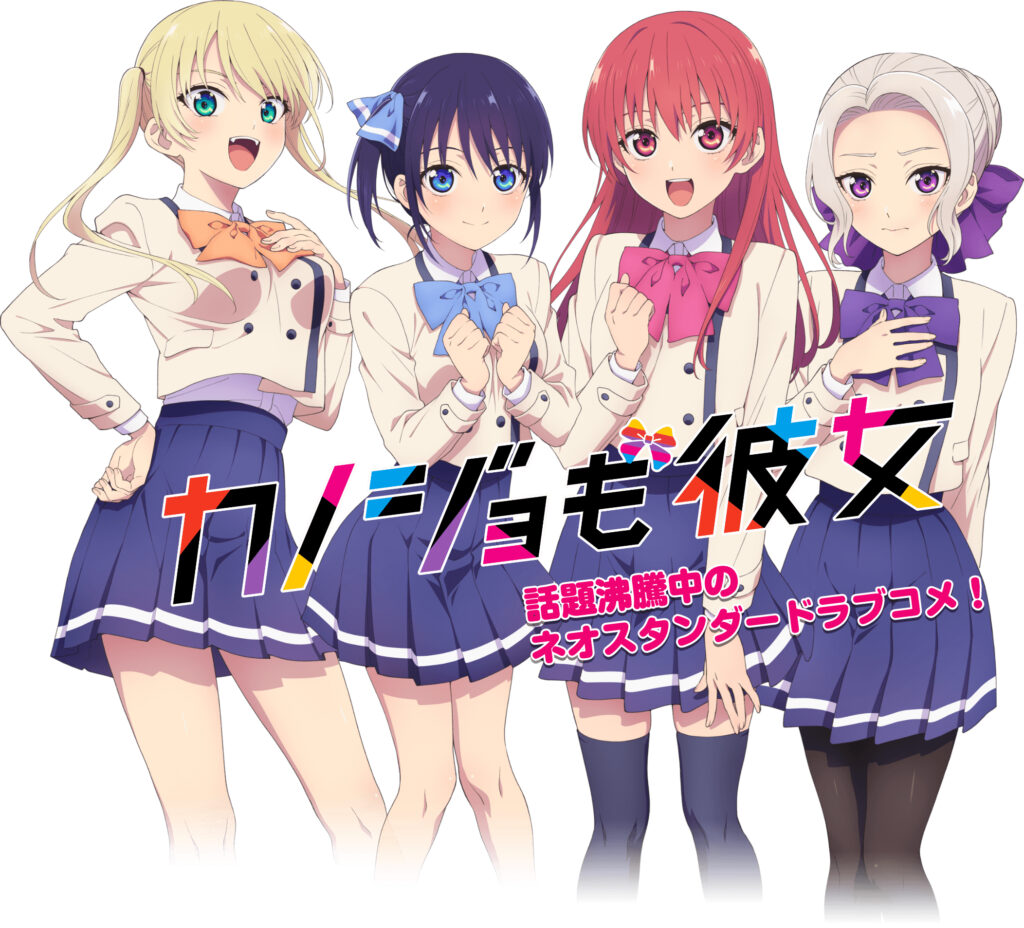 The band has just released a new album, Freak, which doesn’t include the OP. On Wednesday, they posted a music video for ‘Hayo Fuzz Fumeya,’ one of the songs in the album:

Hayo is the Kansai version of hayaku (let’s go, or hurry up), and ya is a Kansai-style sentence-ender. Since the band is from Osaka, you will probably also see a little of that dialect in the OP. The ‘ze’ in the title is the same ‘ze’ used by Marisa in Touhou Project to indicate her tough tomboy side.

Necry Talkie guitarist Asahi compared Kanojo mo Kanojo to Hiroyuki’s previous manga: ‘At the time of Aho-girl, the main character was stupid, but this time everyone is stupid, so it’s a lot of fun. I was enthusiastic to make this comedy as entertaining as possible.’ 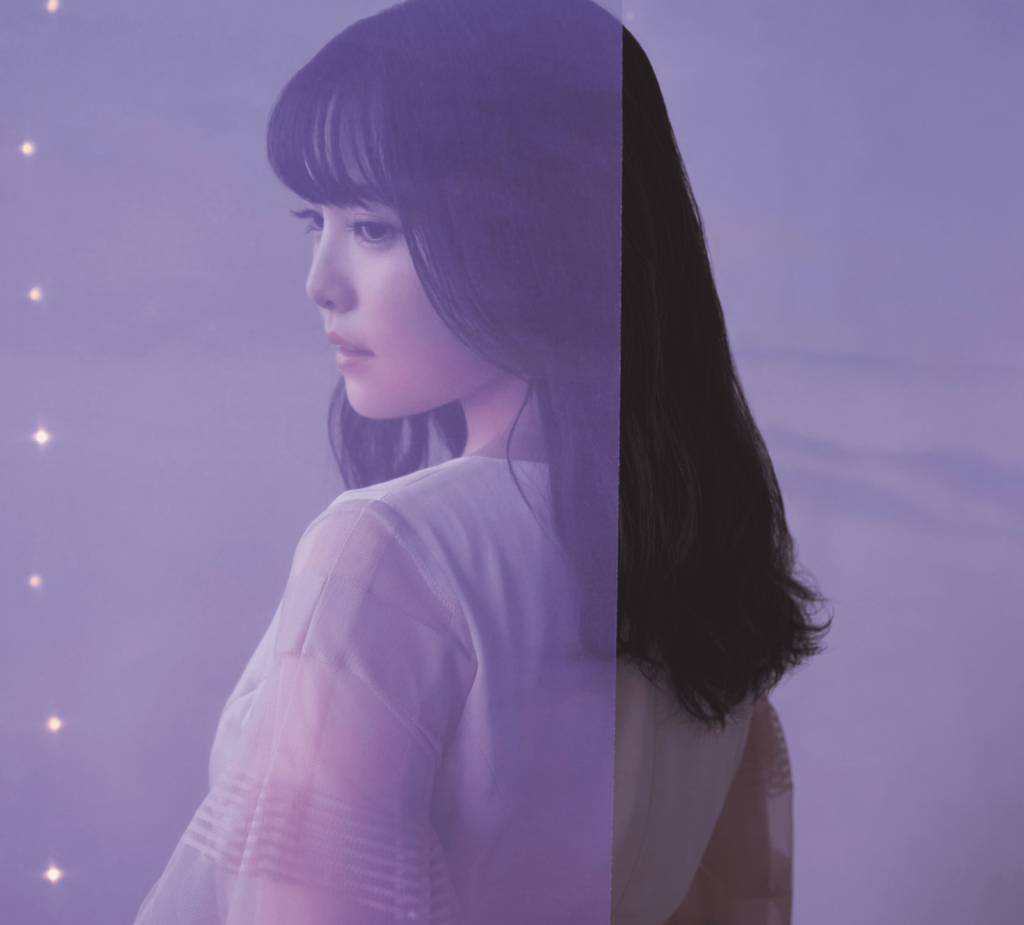 Momo Asakura will sing the ED, ‘Pinky Hook’. Asakura is a singer and voice actor who appeared in Fairy Tail, Magia Record, The Idolmaster Movie: Beyond the Brilliant Future!, and Love Live! The School Idol Movie.

Asakura commented: ‘I am very happy! I also read the original, but I read it in a blink of an eye because of the shocking development and the cuteness of the characters, Is it okay for this to happen! (Laughs). It’s a relaxing work that makes you want to keep an eye on it. I sing with the image of such a worldview. Everyone, please look forward to it!’