Nendoroids: It Figures That These Dolls Are Models of Successful Merch 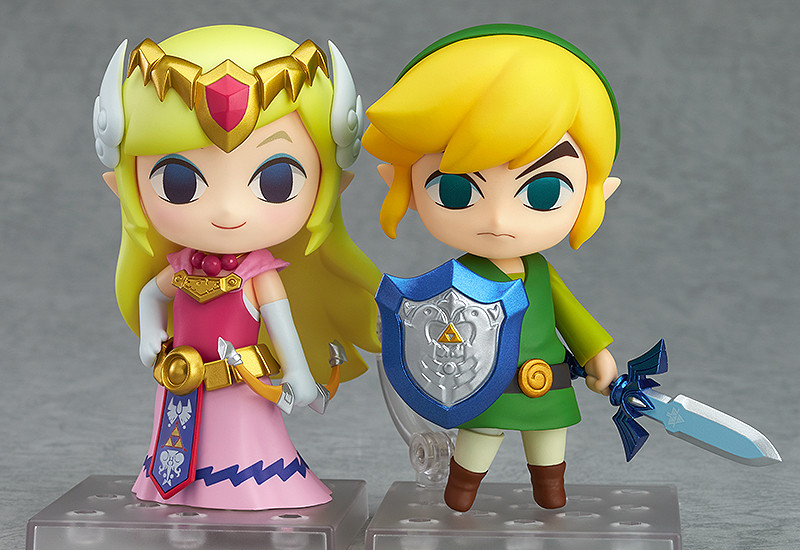 If you’re into anime, manga, video games, and cute things, then you should love Nendoroids. Known for their ability to deform the characters they portray into chibi style while still staying detailed and accurate to the canon of the series they come from, they’re a must for any adult pop culture collector.

If you’re new to the world of collecting, though, or just happen to have never come across Nendoroids before, here we look at a few specific products from the line to showcase what they are, how popular they are, and how much fun they can be!

Produced by the Good Smile Company, the Nendoroid series of dolls first came out in 2006 depicting mostly female characters from anime, manga, and video games in a chibi style. (If you’ve never heard the word “chibi” before, that means that the character is shown having a massive head and tiny body, almost like a caricature!)

The figures generally stand at about ten centimeters tall and they have changeable arms, legs, and facial expressions to allow for various poses. They also often come with weapons, props, or other key items from the character’s movie, series, or game.

So popular in Nendoroid form that this year he’s getting his fifth re-release, Kirby is a standout in the Nendoroid collection. It makes sense that such a round character would do well designed as a chibi, but this is still an impressive number.

He comes with four different facial expressions, and several Copy Ability accessories. While pre-sales have ended with him being sold out across the board, you can still keep an eye out for sellers carrying him around the end of October when he’s scheduled to be (re)released in the US.

From KonoSuba: God’s Blessing on This Wonderful World! 2 has come another extremely popular Nendoroid doll – Megumin! She has had two releases, first in September 2017, and then a re-release in May 2019.

She comes with three face plates, her trademark detachable wizard’s hat, her fashionable eye patch, glinting eye effect, staff, and Explosion effect. Some reviewers have noted that the accessories don’t perfectly fit in her hands, and the glinting eye effect can be dangerously sharp, but they still seem to be satisfied overall, and it hasn’t affected her popularity. 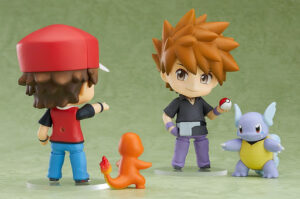 Scheduled to be released in the US in September 2020, Nendoroid is releasing Nezuko Kamado from Demon Slayer: Kimetsu no Yaiba – a demon woman who hunts other demons with her brother.

In addition to her two face plates – one that’s normal, and one that shows her “ghastly” demon face – she also comes with her box that her brother carries in the series. The wood grain recreation on the box has been described as “luxurious,” and the hinge on the box door allows it to really open and close.

Although presales are currently closed for the figure, it might still be possible to find one later this year. There were two presale periods in 2019 through early 2020 for this doll, so if you keep an eye out for her, the odds of being able to find a spare at a licensed retailer could go up.

It shouldn’t be a surprise to anyone that Sora from Kingdom Hearts is another popular Nendoroid. First released in December 2018, with a re-release planned for July of this year, you can still find a few online retailers in the US with Soras to sell for your collection.

Sora comes with three face plates, two Keyblade parts for displaying him in different action scenes and poses, effect parts to recreate him floating in the air for the unlocking scene, and, adorably, also a Paopu Fruit to hold.

Some fans have pointed out the danger inherent in Sora’s spiky hair – it’s as sharp as it looks, and someone who isn’t careful could hurt themselves on it. However, especially since Nendoroid figures are intended for adults anyway, so long fans practice caution, they will be rewarded with enjoying a beautifully detailed and highly game accurate doll in Sora.

Not to be confused with Batman antagonist The Joker (although there is a Nendoroid figure of him, too) the Persona 5 protagonist Joker is a relatively recent release that turned out to be a huge hit. He first came out in February 2019, but sold so quickly that he merited a re-release less than a year later, in January 2020!

Joker is packaged with two face plates, his mask, and interchangeable eye parts, making for eight different possible facial expressions. His mask can be worn on his face or held in his hand, and he also comes with his knife and gun.

Poseable, collectable, and adorable, it’s no wonder that Nendoroids are popular. From your favorite cute characters who translate well to chibi form to how amusing it is to see antagonists portrayed in a cute way, they’re extremely easy to love. And thankfully, Nendoroids aren’t going anywhere! You can continue your collection of your favorite characters for a long time to come.