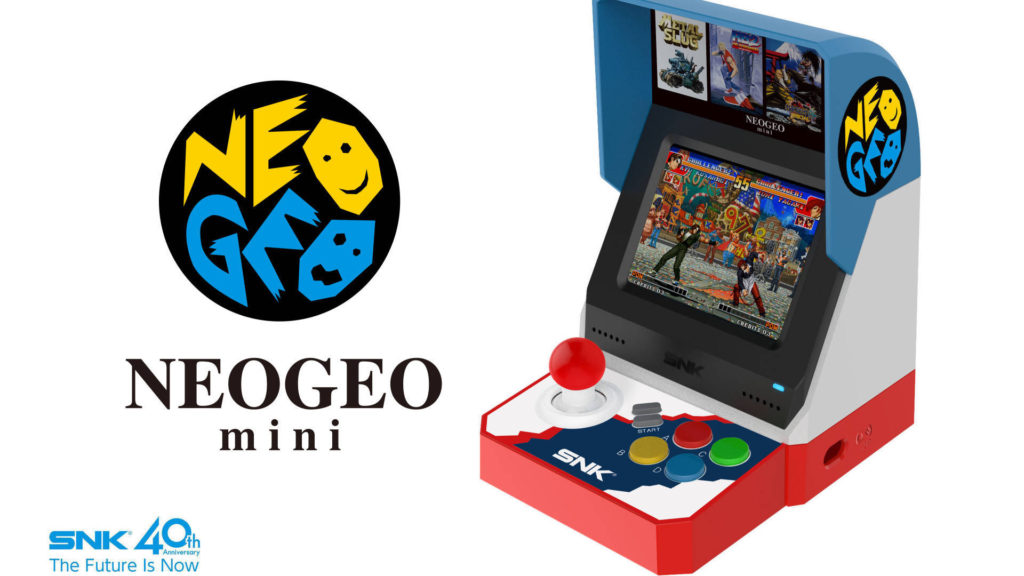 It was only earlier this week that we reported on alleged leaks pertaining to the NEOGEO Mini console that was announced earlier this year. Well, it looks like the rumors were true, with SNK earlier today revealing both the Japan and Asia edition, as well as the International Edition of the NEOGEO Mini, with the International Edition matching the leaks perfectly. One of the main benefits of the official unveiling today, however, was a closer look at specifics of specs and higher quality imagery: While it hasn’t been specified whether we’ll be seeing any differences between both the Japan and Asia Edition of the console as opposed to the International Edition, it’s pretty safe to assume that both will be the same internally outside of the design. Additionally, it is not currently clear whether or not the International Edition will see a different game list to the Japan and Asia Edition. Full specifications can be found below:

There is still yet to be a release date for SNK’s 40th-anniversary mini console revealed, though I certainly can’t wait to get my hands on the device. Easily one of the coolest throwback consoles so far, let’s just hope it can live up to the hype! Further details can be found via SNK’s official website. For the full list of leaked titles on the console, be sure to check our previous write-up pertaining to the leaks, here.