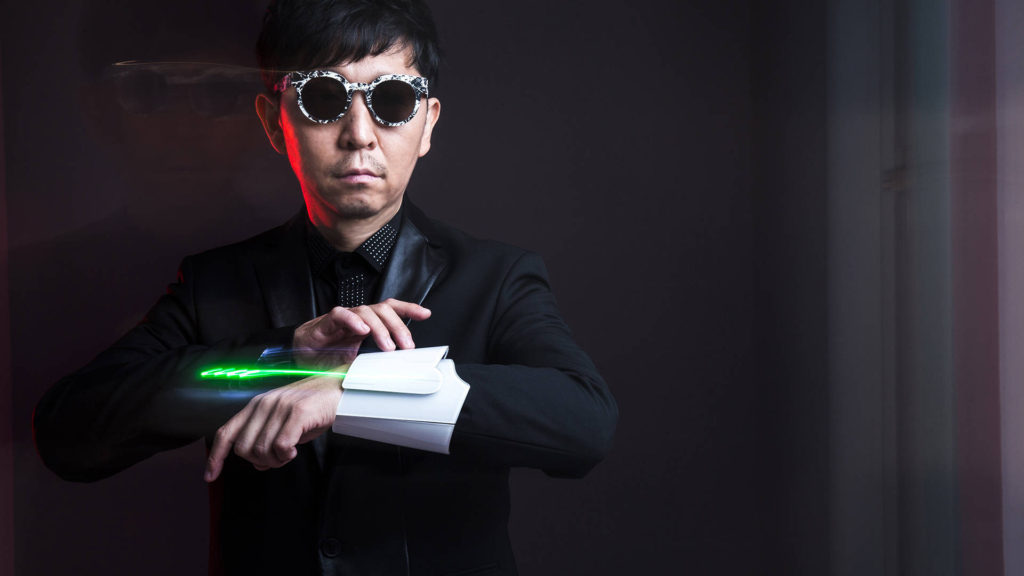 Taku Takahashi is, without a doubt, one of the most influential artists to come from Japan’s ever-expanding music industry in recent history. Beginning his career in 1998 as producer and DJ for the musical group m-flo, he rapidly rose to fame both domestically and internationally for his immense production ability. It didn’t take long for Taku to then carve the pathway for his own solo works to flourish, where he would go on to remix several high-profile artists stemming from various backgrounds. Outside of the high-speed realm of the pop and dance music genres, Taku found himself a prominent fixture in the video game and anime industry as a producer for various soundtracks. His extensive backlog includes work with acclaimed studio Gainax’s “Panty & Stocking with Garterbelt”, Shinichiro Watanabe’s “Space Dandy”, and Square Enix’s own “Figureheads”.

These days you’ll find Taku juggling various production jobs, on top of his highly-successful block.fm project, which was established as Japan’s first and only Dance Music Radio Station. Pushing the limits of what’s conceived to be possible, in late-2016 he began planning and working on OTAQUEST, a project aimed at introducing the underground of Japan’s various pop culture circles to global English-speaking audiences. He’s been listed as Japan’s best DJ two years in a row, and this year you’ll be able to catch him totally rocking the Neon District dance floor. Expect things to get a little weird, as Taku spins some of the best that Tokyo’s diverse club scene has to offer.

We had the unique opportunity to sit down with Taku Takahashi himself ahead of his performance at Neon District, where we discussed his history in the anime industry as a producer, as well as what we can expect to see from his performance at the event. The interview can be found in full below:

Since roughly the turn of the century, you’ve played an extremely prominent role in the Japanese music industry through your work with your musical group m-flo, as well as block.fm, Japan’s first dance music internet radio platform and media. Branching away from that however, you conceived the OTAQUEST project towards the end of 2016. Can you tell us a little about why you started OTAQUEST?

I originally started m-flo 19 years ago alongside VERBAL in an attempt to try to break the trends of mainstream J-pop. I wanted to introduce the diverse and incredible music being created around the world, and that’s why I started ‘block.fm’ five years ago. Both of these projects were a great success, which lead to me wanting to introduce various aspects of Japanese culture through OTAQUEST.

Within my musical career, I’ve been heavily involved in the production of various anime soundtracks. I produced the soundtrack for Studio Gainax’ “Panty & Stocking with Garterbelt” under the alias TCY FORCE, and would later go on to produce music for Shinichiro Watanabe’s “Space Dandy”. It was through this role that I would go on to meet and befriend fellow creative Dai Sato, the main script writer for Eureka Seven. Together with Dai Sato, I intend to show you the real behind-the-scenes side of the anime industry, whilst also focusing on the various cultures surrounding the industry.

In 2009 during record label Avex’s 20th anniversary, you featured in a prominent animated short featuring your musical trio ‘Ravex’ alongside Astro Boy, a prominent character that was animated by the legendary Osamu Tezuka. What was your involvement in this animated project?

Even though Osamu Tezuka passed away decades ago, I still had the unique opportunity to meet his son. It was through us meeting that I got to learn many inspiring things about his father, and it was honestly such an incredible experience. We didn’t actually make music for the anime, rather, it was an animated project created for our music. We basically requested to have Tezuka’s all-star cast take part.

As early as high-school it has been noted that you have been studying the English language. Has this in anyway benefited you as a musician? Would you consider this an important asset in your role as a creative, especially with the current importance of the internet?

As I’m an artist, I don’t believe that being able to speak English is an “asset” to my creation, rather, I’d like to believe my asset is creativity that surpasses the need to speak multiple languages. Or at least, that’s what I’d like to believe. In many instances being able to speak the language has played a major role in me meeting a lot of different people, as well as connecting with others through the internet. It’s through those digital connections and friendships that I’ve grown to understand the views of foreigners consuming and enjoying Japan’s music and animation.

I think we can both agree that events like Neon District are a prime example of this, but do you think that the internet-age has broken down the barriers between international audiences and Japanese music? Do you see this trend continuing to develop in the coming years?

While the internet plays such an important role in breaking down these barriers, I still feel as though it isn’t enough. I firmly believe that it is more about people’s love and understanding than anything else. The internet is a powerful tool, but I still feel as though it’s more about the energy of human emotion. Everyone attending Neon District is going to give off a wide-variety of emotions throughout the night. Everyone there will be making history, and that’s what breaking barriers is all about. I feel it’s such a gift for me to have the opportunity to meet and discuss with like-minded individuals from other countries about the music I love. It’s now up to us to keep the fire burning.

Finally, Is there anything you want to say to your fans in the US ahead of your performance at Anime Expo’s Neon District?

It’s an enormous honor for me to be one of the headlining performers at Neon District. You can expect me to play an eclectic lineup of music including House, Drum ‘n’ Bass, Hardcore, Trap and so much more. It’s going to be a diverse mash of both new and old, and of course, you can expect a few m-flo tunes in-between.

I look forward to seeing you, and can’t wait to make history together.