Welcome to the Neon District: TeddyLoid 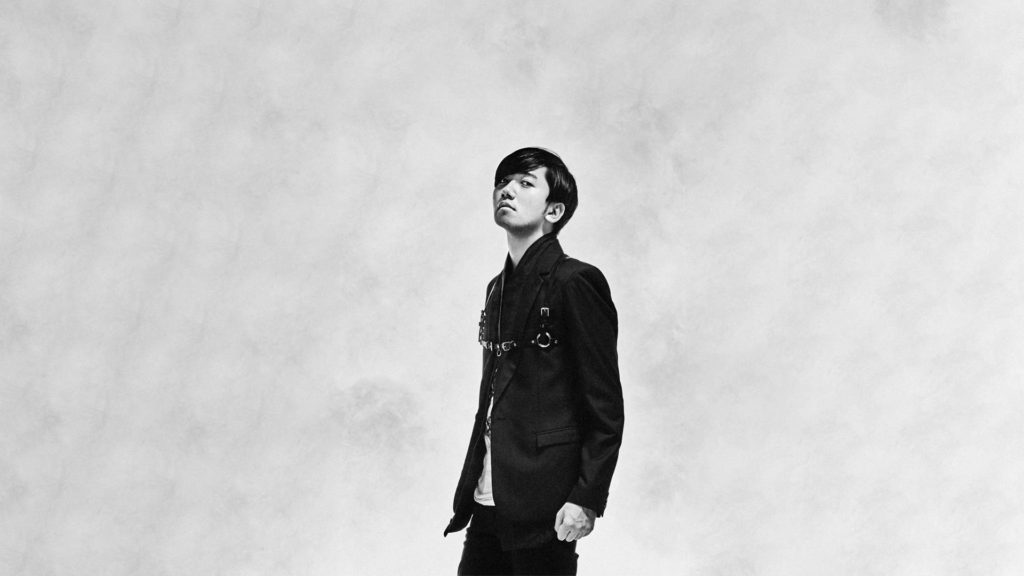 Jump-starting his musical career at just 18-years of age, TeddyLoid would proceed to work alongside acclaimed Japanese singer/song-writer MIYAVI as his DJ and sound producer. Moving forward from that however, TeddyLoid set his eyes on the rapidly evolving anime industry as his next big target. He produced the soundtrack for Gainax’s “Panty & Stocking with Garterbelt” alongside Taku Takahashi, then would later go on to work on series such as “Mekakucity Actors” and “Space Patrol Luluco”. In 2014, Teddyloid would then work alongside fellow musician Daoko to create the viral-hit “ME!ME!ME!” which again launched him into the international spotlight.

Making his debut as a solo artist, TeddyLoid would release his first solo album “UNDER THE BLACK MOON” through King Records’ own EVIL LINE RECORDS in August of 2014. Just over a year later, he triumphantly returned with his new collaborative remix album alongside Momoiro Clover Z aptly titled “Re:MOMOIRO CLOVER Z”. TeddyLoid is a genre-defining artist who has made waves domestically for his works alongside numerous industry legends such as Tetsuya Komuro, Yasutaka Nakata, Ko Shibasaki and KOHH.

We had the unique opportunity to sit down with TeddyLoid himself ahead of his performance at Neon District, where we discussed his history as a producer in the anime industry, as well as what we can expect to see from his performance at the event. The interview can be found in full below:

This will be your second year as a guest of honor at Anime Expo, following your performance last year; what is it about the Los Angeles crowd that keeps drawing you back?

I’ve always wanted to participate at Anime Expo, and last year I was given the enormous opportunity to do so. Even though I was the only DJ from Japan last year, there was a connection from the whole crowd that had them singing and shouting along to my music — I feel like that really made the show incredible. There were a lot of people in attendance who were fans of my works, and that left me feeling really great. At the same time however, I couldn’t help but feel a little bad; we ended up having more people than we could have ever predicted trying to come in, and staff had to eventually limit the amount of people that could enter. This year however, we’ve got a much larger venue, so I hope to see both new and returning faces!

Your live sets are always an eclectic blend of electronic sounds sprinkled with your own originals; what can we expect to see during this year’s performance?

Your initial major international hit was Panty and Stocking with Garterbelt’s ‘Fly Away’, a song which still to this day defines the anime club scene. Following that was the release of ‘ME!ME!ME!’, which once again launched you into the global limelight. Has your musical style changed much since then?

I began to realize that more and more people were listening to my music from all around the world, which was an incredibly surreal experience for me. When I first started the “TeddyLoid” project, I was quite conscious about wanting to perform internationally, so seeing that I could place as the 5th most-listened to Japanese artist on Spotify really helped give me courage to try a wide-variety of different approaches.

What was the process for working on the ‘ME!ME!ME!’ music video? Did you have any creative input on that, or was it entirely created around a song you had already produced?

Both the director Mr. Yoshizaki, as well as the animator Shuichi Iseki sent me through a constant stream of storyboards and rough animation clips, to which I would continue to create sounds around. I would try and line each and every sound up with whatever cut was currently happening within the video, while at the same time at their end they would also be lining everything up… It was kind of like a musical session. What surprised me the most within the whole process was our featured singer DAOKO. I sent her through the demo track, and she immediately wrote the lyrics, recorded them, and sent her demo back to me the next morning. Usually in the music production process, we would go through with recording after a demo is produced, but because of how up-lifting her initial piece was, we decided to roll with it and lightly edit it along the way.

Is there anything you want to say to your fans in the US ahead of your performance at Anime Expo’s Neon District?

I’m so proud to be playing Anime Expo for the second year in a row. It’s because of all my listeners all around the world, and I can’t thank you enough for all your support. I’m sincerely looking forward to seeing everyone at the show, so again, please do look forward to it!