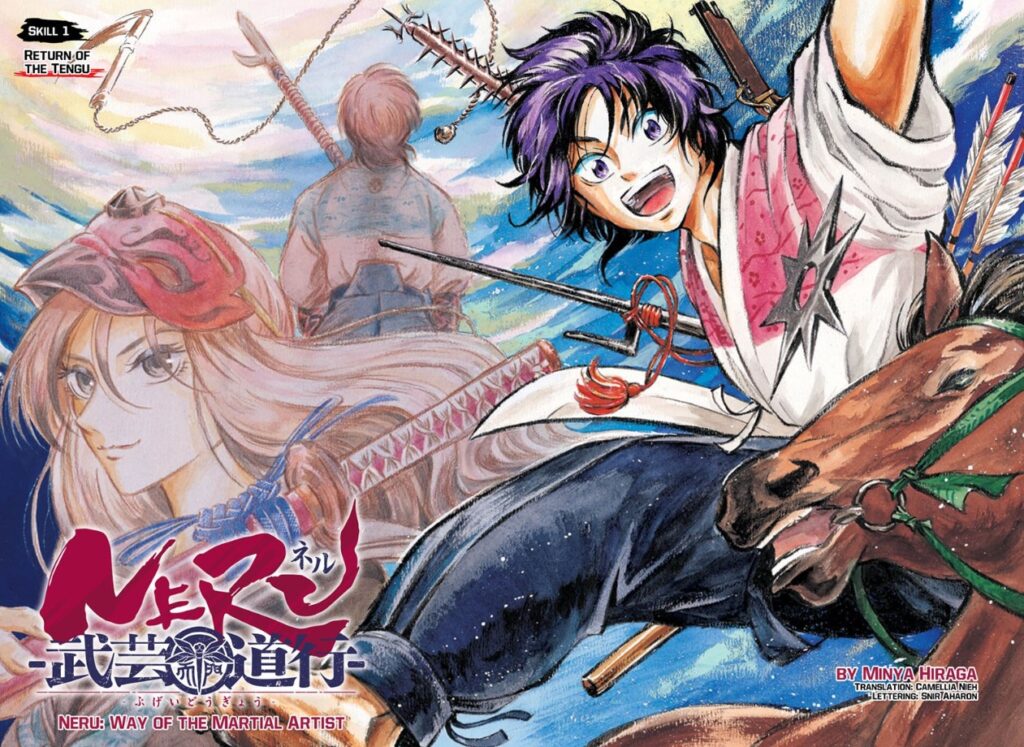 The beginning of a new week can only mean one thing: time for new Weekly Shonen Jump! This is where Jacob investigates the latest and greatest in the magazine, telling you what’s worth your time and what’s not. You can find coverage of other series under the tag Jump Time. Here’s Neru: Way of the Martial Artist Chapter 1.

Clearly, someone at the Weekly Shonen Jump editorial department really believes in the idea behind Neru: Way of the Martial Artist, because chapter 1 marks the second time that it has been serialized in the magazine.

Four chapters of Minya Hiraga’s series were originally published in the digital version of Weekly Shonen Jump magazine towards the end of last year, although you don’t need to know that in order to enjoy Neru: Way of the Martial Artist chapter 1. It appears as if this version is almost a complete retelling of those four initial chapters, albeit in a more readily available format and with the prospect of continuing long into the future: all of the series included as part of the digital magazine were meant from the beginning to be limited-time affairs.

Speaking of those digital exclusives, a familiar face joined Minya Hiraga and Neru: Way of the Martial Artist in the grand experiment last year: Kazusa Inaoka. Bunkiten represented a significant step up for the author in terms of their originality and quality of storytelling, but not all of that necessarily carried over into i tell c. Some bizarre narrative decisions early on and a hair-brained concept ultimately lead to an early cancellation, which unfortunately saddles Neru: Way of the Martial Artist chapter 1 with a certain sense of ominous association. 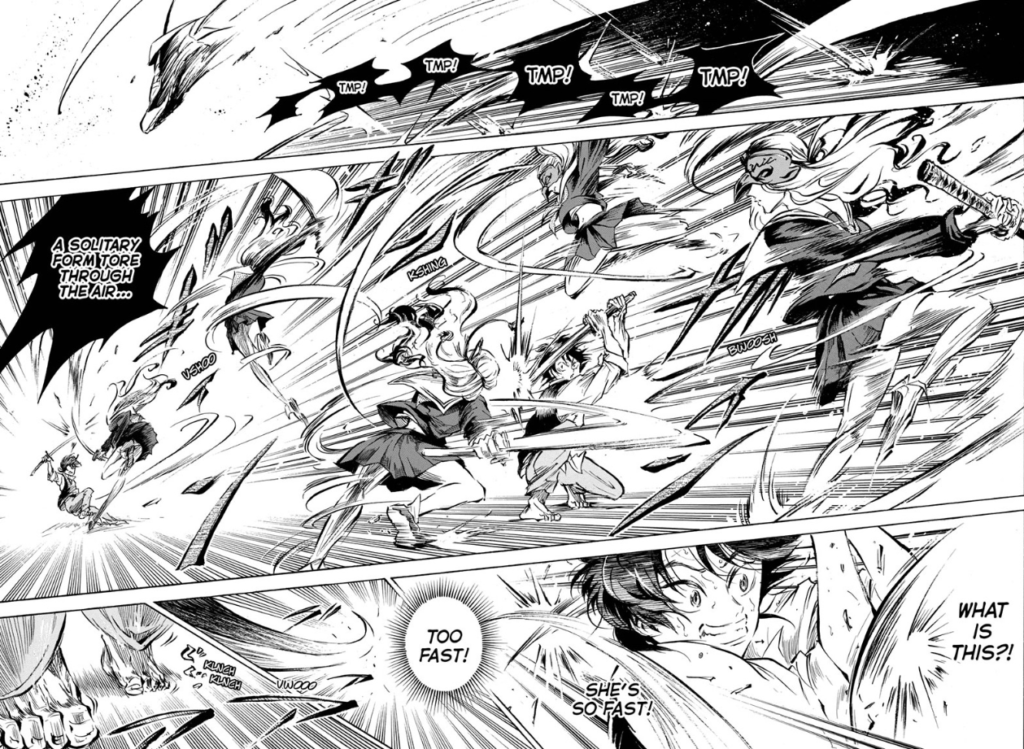 Luckily, Neru: Way of the Martial Artist chapter 1 manages to overcome this. First of all, it’s not nearly as out-there as i tell c ever was, telling the story of the martial arts-obsessed Neruma Isami. It remains to be seen whether Minya Hiraga ends up falling into the same narrative pitfalls as Inaoka did, but the way forward seems relatively clear: I have it on good authority that the original version of the story in the digital Jump magazine was essentially one giant tournament arc.

Probably the best thing that Neru: Way of the Martial Artist chapter 1 does is capture the beauty and mysticism of martial arts. Neru’s grandfather never tires, always goading his grandson into sparring some more, speaking to the longevity that the practice can seemingly grant to some adherents. Minya Hiraga’s art style is also wonderfully light and decisively retro, adding a sense of motion to the battle scenes in particular. It looks a bit like Hiroshi Shiibashi’s, actually.

That mysticism is only furthered when secondary antagonist Akebi Haiba manages to make her way to the isolated dojo that Neru calls home. Here, every single section of the wall and even the rocks are covered in illustrations of ideal figures for martial arts, which come to life in their brief battle. This also reinforces the idea that Neruma is both physically and culturally isolated from the rest of society, hence why he is so excited to discover a community of like-minded people at the end of Neru: Way of the Martial Artist chapter 1. 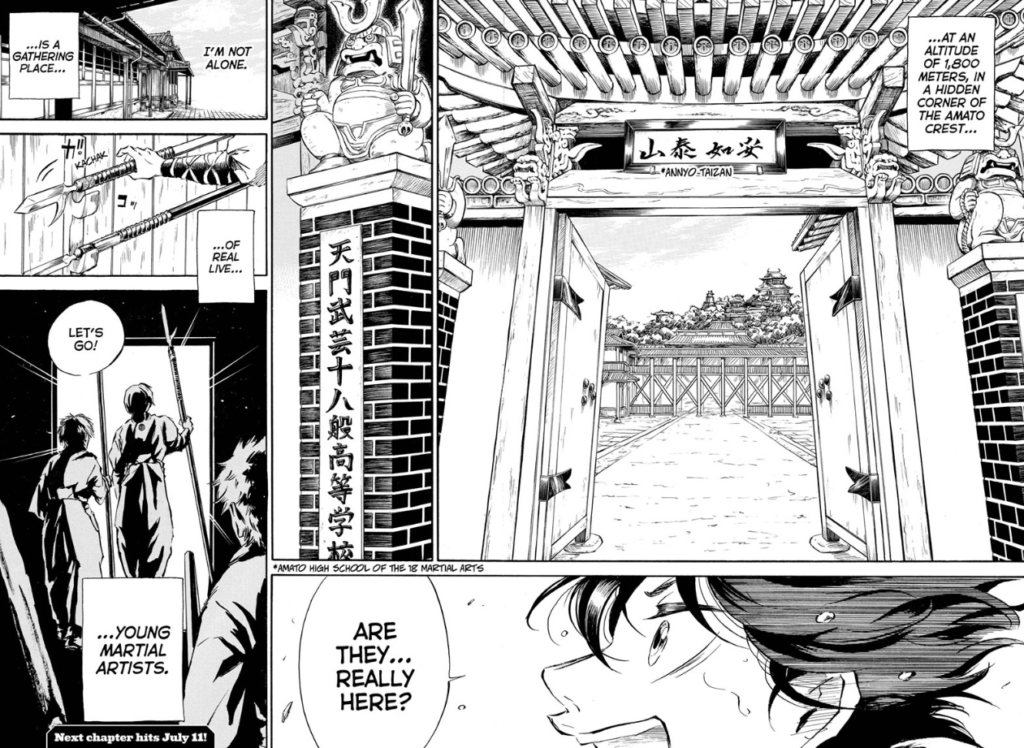 Even if it does turn out to be one giant tournament arc, then this is backed up by an impeccable sense of style and should be linked to the protagonist’s own desires. Minya Hiraga has managed to successfully overcome an association with a failed series from the same set of testing grounds, so perhaps it was worth bringing this one back from digital hell, after all.

You can read Neru: Way of the Martial Artist chapter 1 for free via VIZ Media.