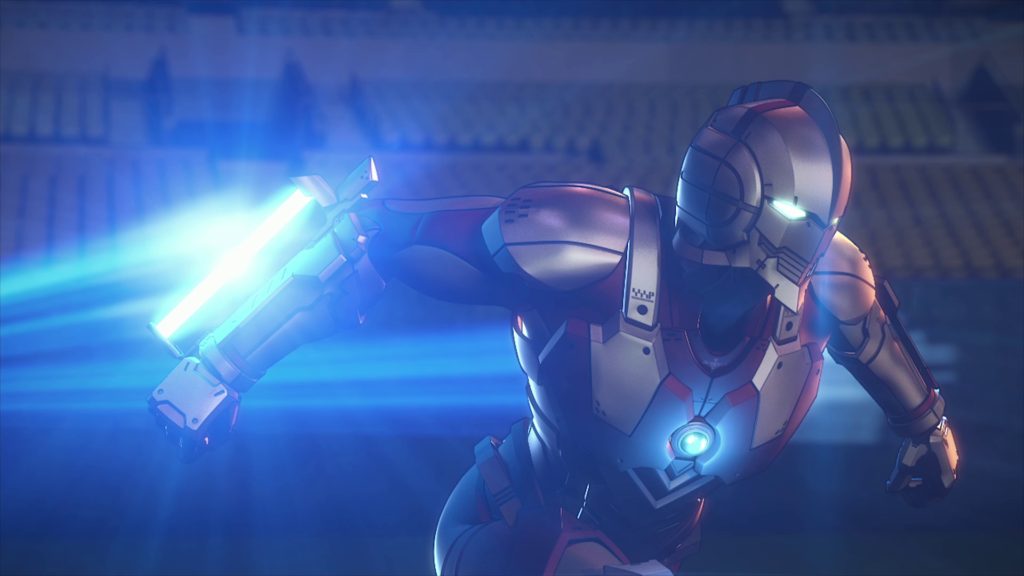 Following the exciting announcement of Neon Genesis Evangelion‘s release date on Netflix, the streaming company treated us to a live performance of the show’s opening theme, complete with two synchronized dancers. It was a fun way to announce the date, and whilst it ended up being the only big announcement, I can respect the spectacle. The stage then drew focus to three of their upcoming anime series, 7Seeds, Saint Seiya: Knights of the Zodiac and Ultraman (which airs in just a month.) Five leading voice actors, including Ryohei Kimura (who plays the titular Ultraman) and Masakazu Morita (Seiya), took to the stage to talk about their respective shows.

The actors were unanimously excited that their work would be seen by fans all over the world simultaneously. The group was particularly excited about the English release of Saint Seiya, which they stated would have a Hollywood cast and that since Netflix allows you to change the dub language on the fly that fans should listen to both versions. They joked that the English actors did have a hard time pronouncing the sound “Ryu” though. To honor the legacy of Saint Seiya, voice actor Masakazu Morita wore a red shirt at the event, just like Toru Furuya did during recording back in the original 1986 series.

The 3DCG series Ultraman is a new step for the franchise, instead focusing on the son of the original Ultraman who has inherited the legendary power. The actors mentioned that whilst the original series was happy and uplifting, the new Ultraman will be a “dark hero” and the series will be more adult-focused. Kimura mentioned that he’d been doing a lot of motion capture for the CG, produced at Sola Digital Arts. The only 2D series to be featured was Gonzo’s 7Seeds. The original manga ran between 2001 and 2017, but the new series will continue the story. The series was described by the actors as a “Science fiction, action, survival show” and will follow the cast going through despair, building communities and determining their aspirations.

These new series are all set to debut in their entirety on Netflix this year worldwide. We’re looking forward to learning more about these series, or in the case of Ultraman, preparing to binge through it in just a couple weeks.