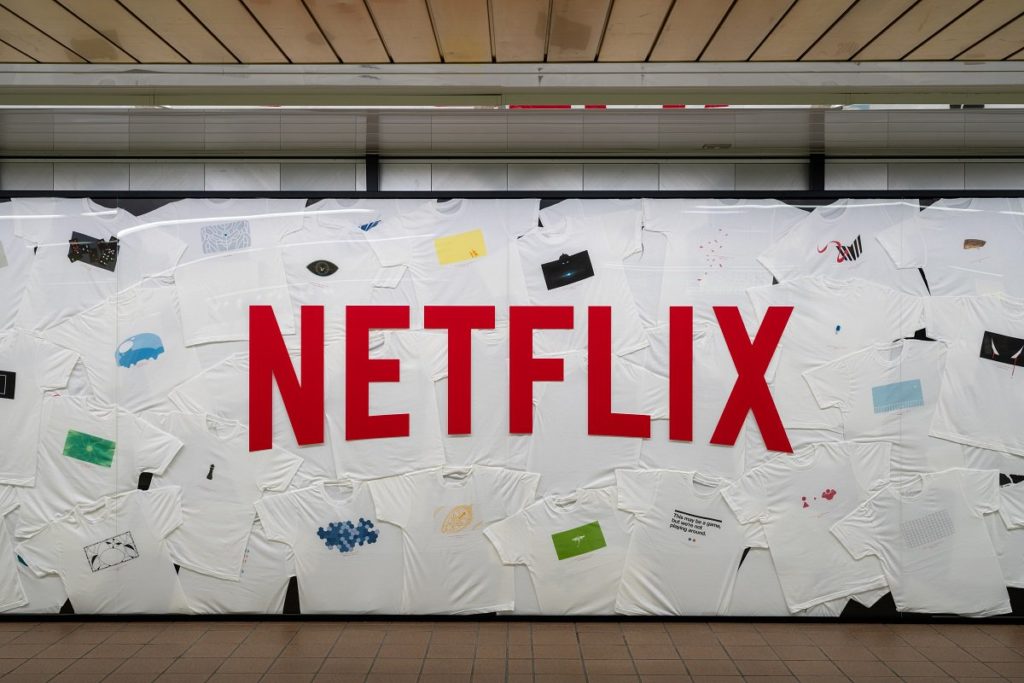 We’ve spoken on multiple occasions about the unique uses of one of Shinjuku’s busiest areas to advertise different properties. We even recently spoke about how a giant Rilakkuma plush found a new home in the station for a limited time, with the chance for fans to take a picture with the sleeping bear. Netflix was the ones responsible for this promotion, and they’re back in Shinjuku Station with another unique advertising campaign, promoting their extensive anime streaming collection with the coolest anime t-shirt collection money can’t buy.

Sitting pride and place in the Shinjuku Station Metro Underpass advertising spot from now until August 4, the current display takes the form of a large glass exhibition case with a collage of white t-shirts with a range of designs on them based on the current selection of anime available on Netflix Japan. This ‘Netflix 2019 Summer Collection’ features print shirt designs for 76 different anime series. However, rather than using official art from the various anime being showcased, the designs are more minimalistic and modern, portraying a rather cool and fashionable style that, while perhaps unfairly generalizing things here, often isn’t found with anime-related clothing.

For example, echo zombie anime Highschool of the Dead, rather than leaning into the more sexualized aspects of the show, decides to use a collage of multi-colored blood splatters for its design. Violet Evergarden is showcased using the keyboard layout of a typewriter, the original Mobile Suit Gundam is represented by an abstract block color design and Makoto Shinkai’s superb 5 Centimeters Per Second is represented by the falling cherry blossoms. While you could argue some are almost so abstract they lose their relevance to the anime that inspired their designs, they still retain enough of their essence while also looking rather cool. 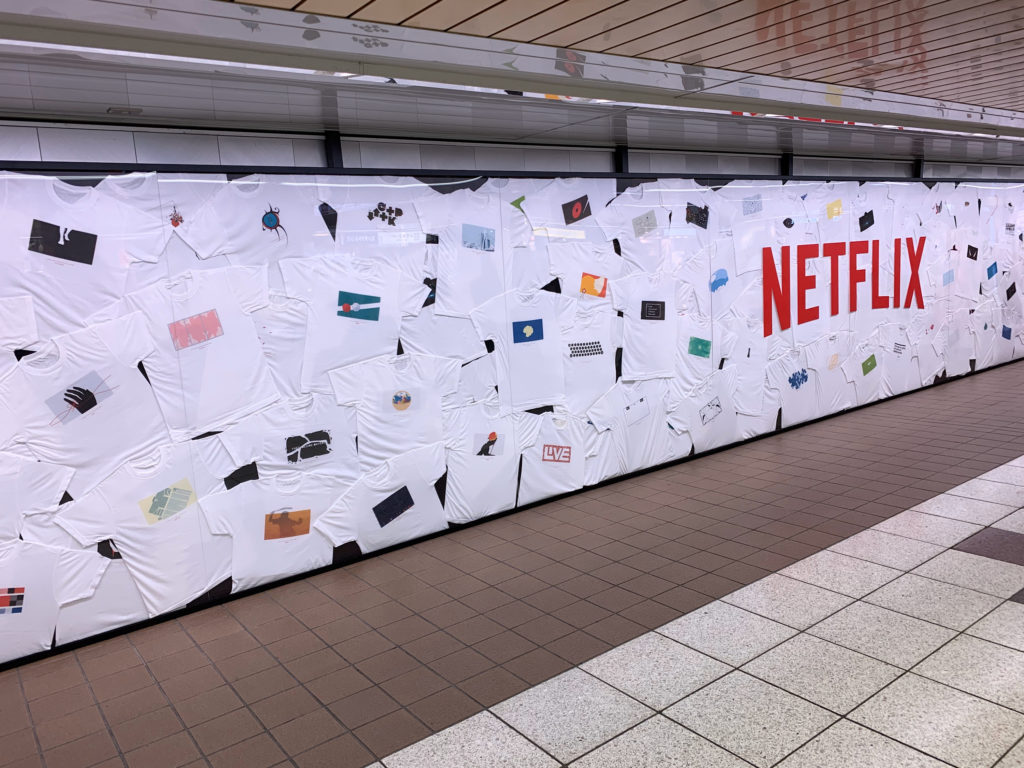 Of course, this advertising display isn’t just limited to looking at the shirt designs. That would be admittedly rather disappointing, especially since none of these designs will ever be sold as official merchandise. If you happen to be at the display itself, share a photo on social media under the hashtag ‘#あなたの胸に刻まれたアニメ’ and show it to one of the Netflix staffers monitoring the display during daytime hours, you can receive a random sticker based on one of the designs. Not only that, if you share a tweet using the hashtag talking about one of your favorite anime without being at the exhibit (you could try this out right now!), the twitter account for Netflix Anime Japan will automatically send you a wallpaper design that utilises one of the created designs (and a link to the show in Netflix’s catalogue, obviously). You’ll also be entered into a lottery to potentially win a shirt for yourself.

This is a great way for Netflix to drum up interest in their extensive anime streaming catalog as the display not only stands out when you see it in person, but its interactive elements could recommend you a new show to try out for yourself and possibly even win you a cool money-can’t-buy shirt. The display will be ongoing in Shinjuku Station until August 4th.