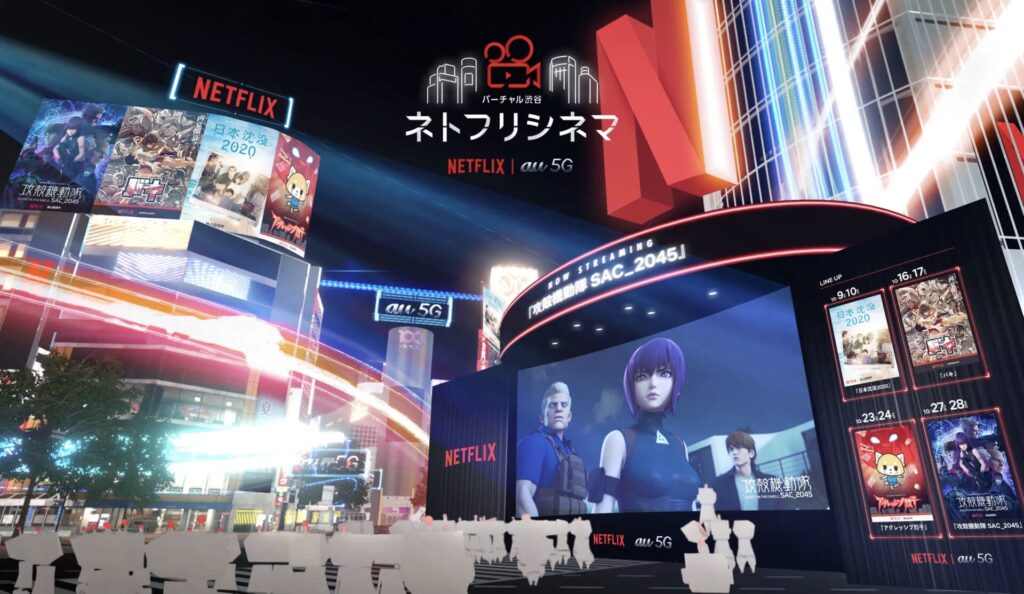 Virtual Shibuya, launched as a place for people to connect during lockdown and since used as part of crowdfunding campaigns to support real-life live houses and independent venues in the city that have been impacted most by the COVID-19 pandemic. The whole thing has been used for everything from a marketing ploy to a push by the city’s government to push Shibuya as a Creative Culture City. Although Netflix’s latest use of the space definitely leans towards the former use-case, the chance to watch Netflix Original anime with friends and strangers in the safety of Virtual Shibuya is still incredibly cool.

Throughout the month of October starting from this Friday, people can visit the ‘Netflix Cinema in Virtual Shibuya’ to watch the opening three episodes of 4 original anime offered on the service for free with others. This is just the latest use of the space by the streaming company after initially promoting Ghost in the Shell using the service.

The campaign will run every Friday and Saturday for the month of October running 4 times each day, at 4pm, 6pm, 8pm and 10pm, with the anime being offered each week being different from the last. The exception to this rule will be for showings of Ghost in the Shell, which will be shown earlier in the week due to planned virtual Halloween events.

The anime being offered are as follows: 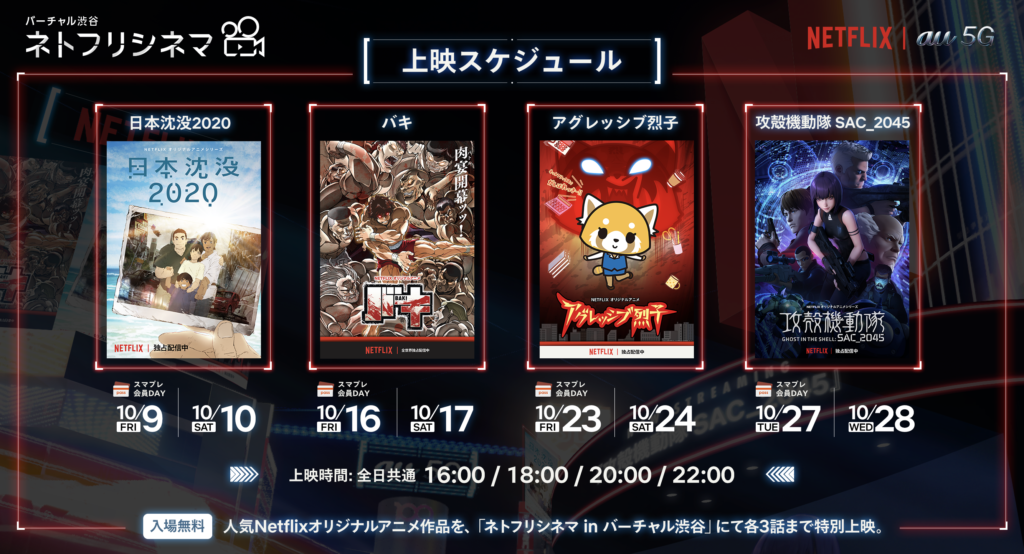 While the campaign may be designed to encourage viewers to sign up for the Netflix service, it’s still a unique way to try out some of their most popular original anime with others. While it appears likely that these anime will be offered in Japanese without English subtitles, if you wish to take part in Netflix Cinema in Virtual Shibuya, you’ll need to access this event through the Cluster application on PC and mobile.