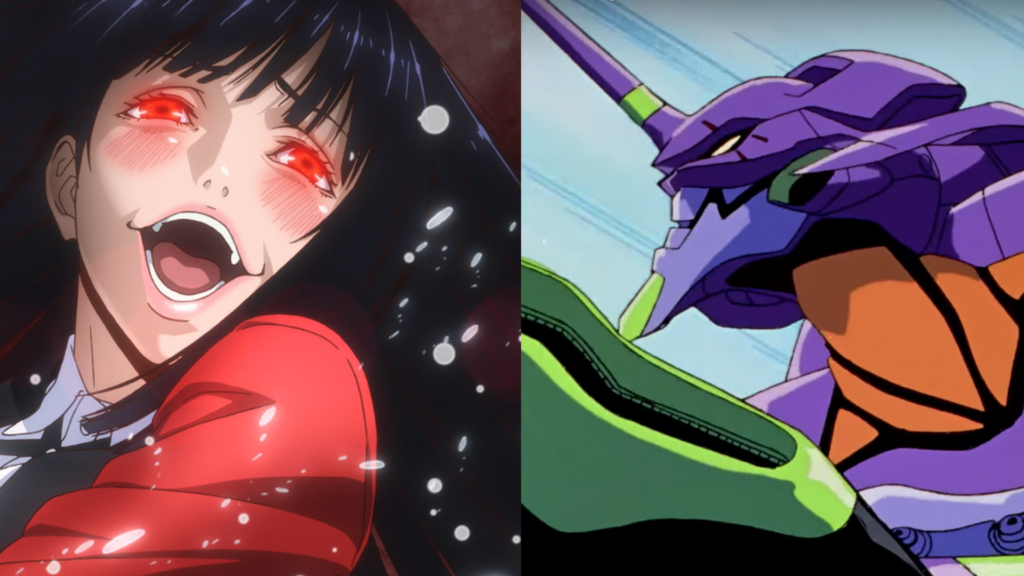 Earlier this week Netflix announced their June slate of anime releases for the U.S. market, and it’s an absolute doozy. The world’s premier online streaming service has often received criticism over the years for not having a great anime line-up but they’ve really tried to change that recently. While not all of their original anime efforts are great, shows like Devilman crybaby and Aggretsuko are beloved by audiences and critics alike. Their announcement of worldwide exclusive rights to Neon Genesis Evangelion and its sequel film End Of Evangelion shook anime fans all around the world. Those two titles, in addition to a number of other notables finally hit the service next month. 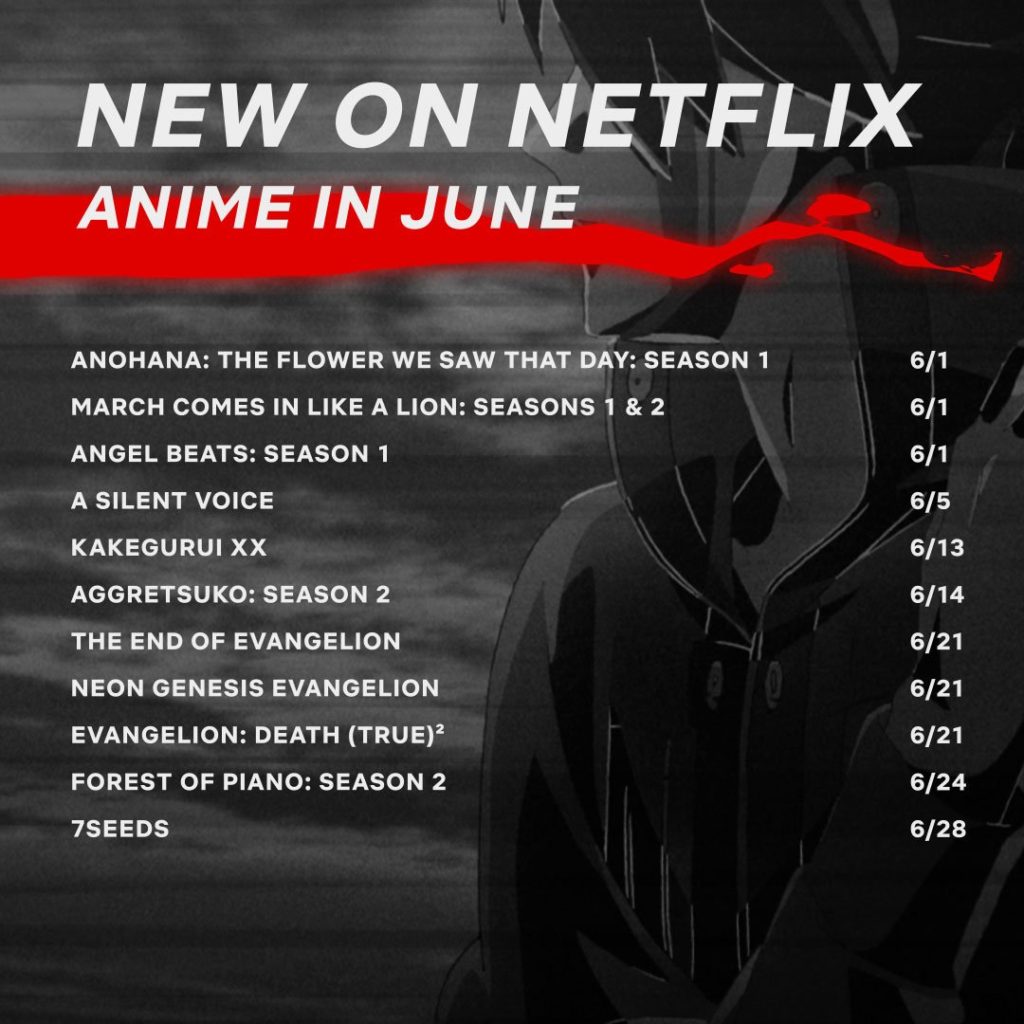 In addition to Neon Genesis Evangelion, its beloved conclusion film and it’s compilation film Evangelion: Death (TRUE)2, Netflix will offer even more in June. More is coming from the Aniplex pool in the form of March Comes In Like A Lion and Anohana, both great shows with huge emotional punch. Netflix originals Aggretsuko, Kakegurui, and Forest Of Piano will get their season 2’s. Those who love tear jerkers should check out A Silent Voice and Angel Beats as soon as they hit the service. Another worldwide exclusive, 7seeds, rounds out June’s programming.

A lot of what’s going up on Netflix this summer is really good, not even counting the Evangelion programming. Seeing the service take itself seriously as an anime provider is both good and bad; With nearly unlimited funds, Netflix has the money to fund all sorts of anime productions. However, that means we’re all going to have to keep paying the company to see them. Less expensive than buying 4 episode a disc DVDs though, which is what we all used to have to do.

Studio Khara / Mappa / Netflix
A Silent VoiceAggretsukoAngel BeatsAnohana: The Flower We Saw That DayEvangelionKakegurui X XMarch comes in like a lionNeon Genesis EvangelionNetflix
Join Our Discussions on Discord
Join Now