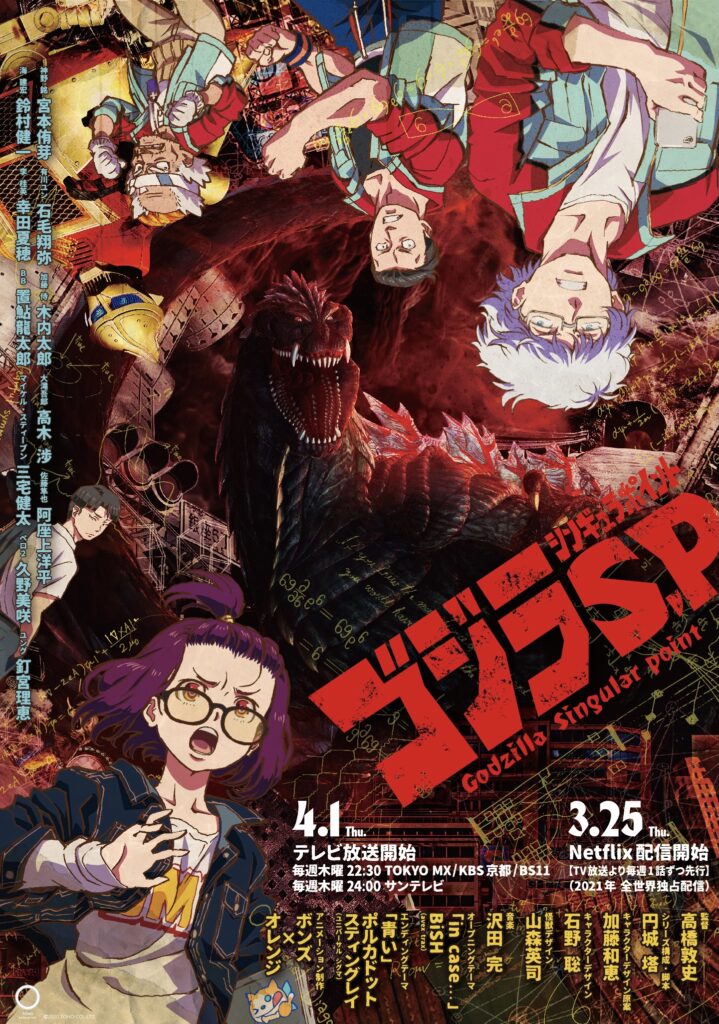 Netflix released on Tuesday a key visual for the new Godzilla Singular Point anime series, and it’s a doozy.

Appropriately for a series which features the original king of all kaiju, the visual has an old school movie vibe to it. That’s the big lizard Godzilla in the middle there, showing off their big, pointy teeth and plenty of scales. The big, red Godzilla S.P. on the poster looks similar to older kaiju movie fonts.

Around the edge of the poster are several of the main characters. (Most of them are upside-down, perhaps symbolically?) Purple-haired heroine Mei Kamino (voice of Yume Miyamoto) is at the bottom left. Her partner Yun Arikawa (Shouya Ishige) is at the upper right. Next to him is Yun’s friend, Haberu Kato, played by Taro Kikuchi. To his left is the scientist Goro Otaki (Wataru Takagi). In the second trailer, it’s heavily implied that Goro Otaki invented Jet Jaguar. Here the giant heroic robot stands next to Goro. All three of the guys at the top of the poster wear the same Otaki Factory company jackets.

The final human on the poster, and the smallest visually, is Shunya Sato (Youhei Azakami). He’s described as a bureaucrat, which is never a good description to have as a character in this sort of series. 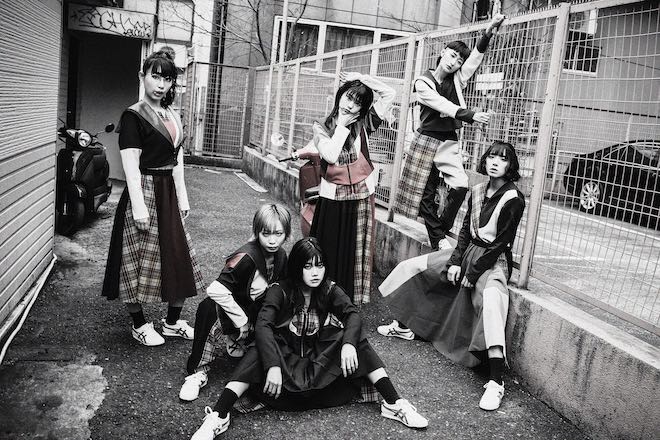 Netflix also announced that BiSH will perform the opening theme song, ‘In Case…’ Although they’re described as an idol group, BiSH certainly doesn’t fit the typical pop princess image. (OTAQUEST called them an alt-rock idol group.) Prior to Godzilla, they have performed a few anime opening and ending themes, including the fourth opening theme for the Fairy Tail anime.

Netflix will get the first episode of the series on 25 March; the first TV broadcast will be on 1 April. You can find the Godzilla S.P. website here.