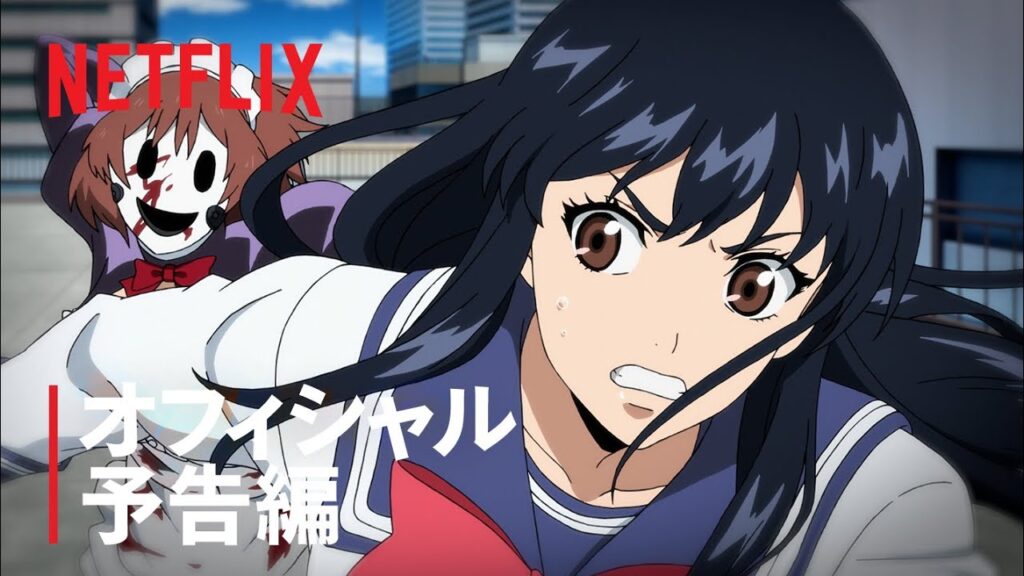 On 5 January, High-Rise Invasion was included in our preview of the Biggest Anime of the Winter 2021 Season. And this new PV would certainly seem to back up that assertion.

While this isn’t the first promo for the series, this new video previews the opening theme song, ‘HON-NO’ by the idol group EMPiRE. We also learn some of the cast choices for the series.

The anime is based on a horror survival manga by Tsuina Miura and Takahiro Oba. It’s a bloody story, featuring a high school girl trying to escape from mysterious masked killer figures in an ‘incomprehensible world.’

In the anime series, Haruka Shiraishi will play the main girl, Yuri Honjo. She has also been Alice in That Time I Got Reincarnated As A Slime, Latte in Healin’ Good PreCure, and Rei Sakigake in WIXOSS Diva(A)Live. In order to survive in this abnormal world of skyscrapers and suspension bridges, she has to kill the masked ones.

Jun Fukuyama will join her as Mamoru Aikawa, who wants to uncover the secrets of the alternate world. He also wants to become a ‘god.’ Of course, this isn’t the first time that Fukuyama has starred in an anime featuring mysterious masked figures.

Shiki Aoki (Asuka Ninomiya in The Idolmaster Cinderella Girls) will voice Mayuko Nise. She’s a close friend to Yuri, and protective of her. She’s good with a knife. 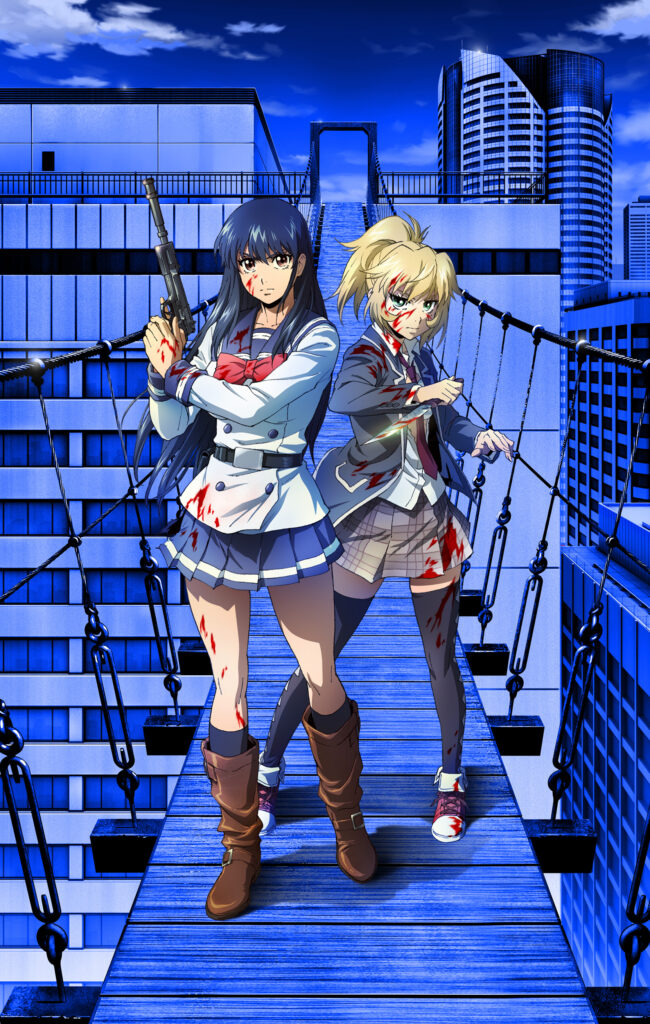 Chika Anzai (Chisa in Grand Blue) will play Ein, a lolita masked girl. She uses a sword and is controlled by Aohara. Shizuka Ito (Minami Toba in Laid-Back Camp) will voice the mysterious ‘Dealer Mask.’

Akira Sekine (Ritsuka in Fate/ Grand Carnival) voices Kuon Shinzaki, who creates an alliance with Yuri. Junya Enoki (Nasa in Tonikawa: Over The Moon For You) will be Yuri’s older brother Rika.

The ending theme will be ‘Watashi no Na wa Blue’ (My Name Is Blue) by Japanese band Have A Nice Day! The original Japanese title for the series is Tenku Shinpan.

High-Rise Invasion will stream on Netflix, beginning on 25 February.