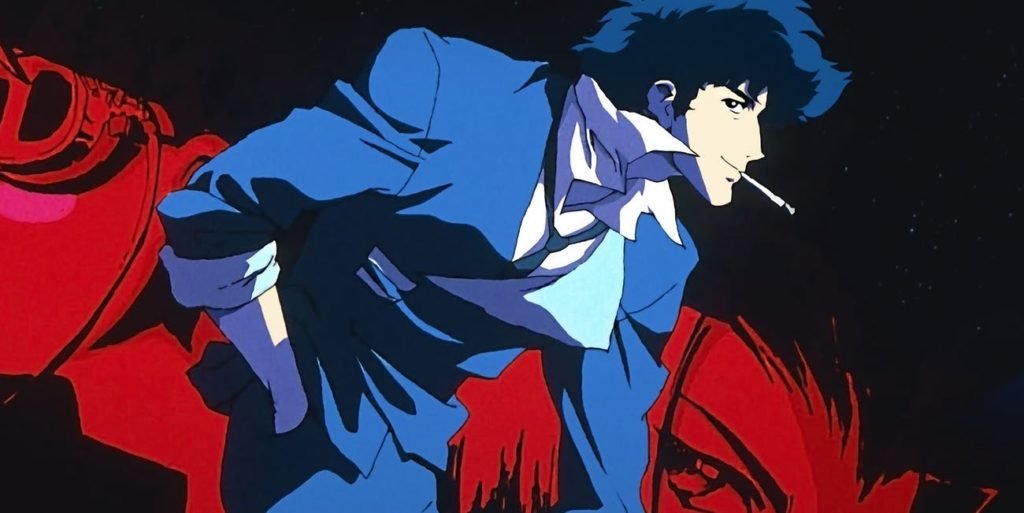 Netflix is wasting no time after their initial “We’re making a live-action Cowboy Bebop but for real” announcement. Earlier today the streaming giant announced the show’s primary cast on Twitter. Probably best known for portraying Harold in the Harold & Kumar series, John Cho has been cast as the one and only Spike Spiegel. Mustafa Shakir, who had a prominent role in Luke Cage season 2, will bring Jet to life on the small screen. Danielle Pineda, after her most recent stint in Jurassic World: Fallen Kingdom, will portray Faye Valentine in the new series. Finally, screen and stage actor Alex Hassell has been announced as the role of Vicious, Spike’s deadly rival.

Hi amigos and all 300,000 bounty hunters in the star system! Happy to announce that @JohnTheCho, @_mustafashakir_, @Maniella, and Alex Hassell have been cast in the #CowboyBebop Live Action TV Drama.

Spike. Jet. Faye. Even Vicious. You may be asking yourself, what about Ed? For that matter, what about Ein? Netflix’s NX twitter account, where the initial cast announcement was made, has been bombarded by all sorts of tweets like this. For now, they just keep replying with gifs of Ed and Ein from the original anime. One would think if Netflix is bothering to announce these questions, a cast announcement for Ed is somewhere down the line. There’s no way to know for sure at the present time but they better give John Cho a darn corgi.

Cowboy Bebop should be familiar to the majority of you. It’s been re-running on Adult Swim consistently for almost 20 years. It’s a legendary show about space bounty hunters that’s every bit of required watching as Neon Genesis Evangelion. Helmed by one of anime’s biggest auteurs, Shinichiro Watanabe, who has a new show coming out this month, Cowboy Bebop makes it onto almost every fan’s top 10 list. We’re hoping John Cho and Netflix does the show justice. It’s one that’s important to the fans and the culture at large.

There’s no release date on Netflix’s Cowboy Bebop. John Cho, Danielle Pineda, Mustafa Shakir, and Alex Hassell could be coming for that bounty later this year, or even sometime next.