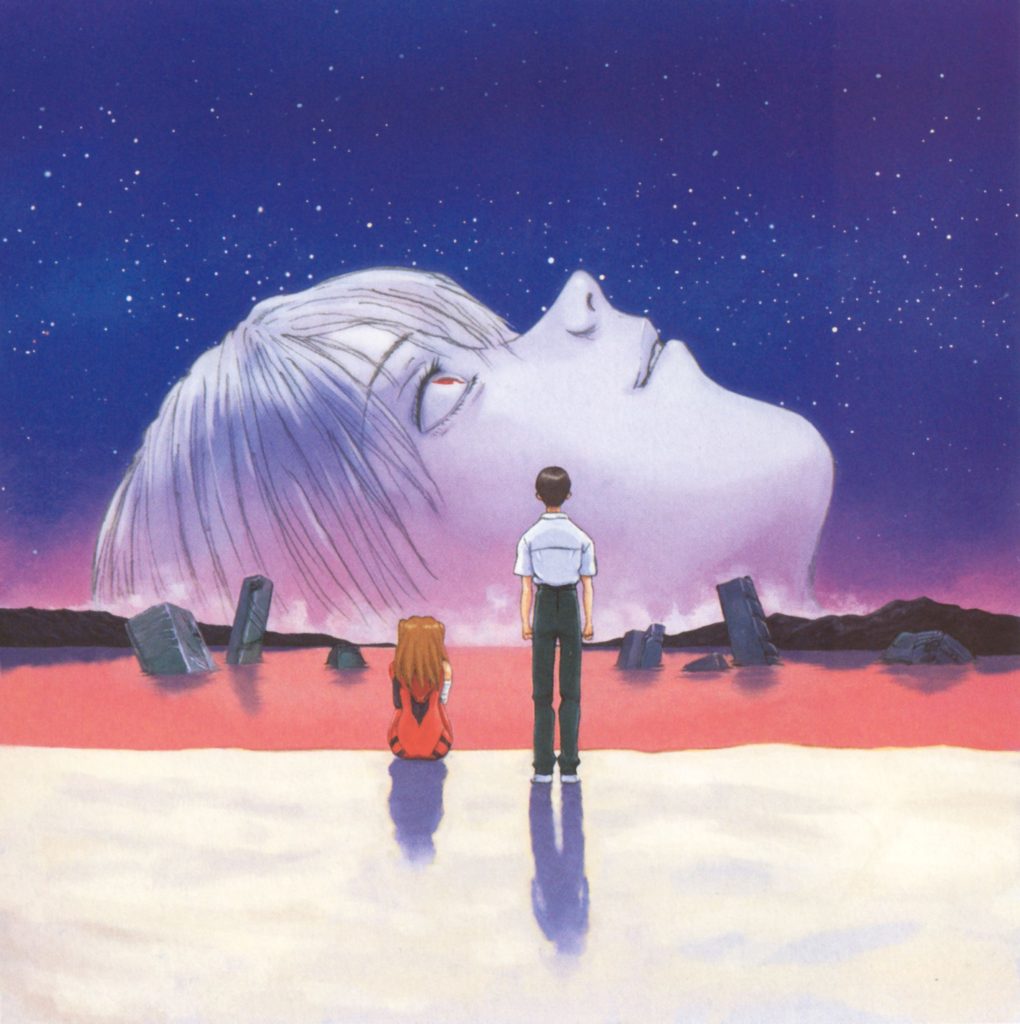 The news that the essential, beloved, and notorious Neon Genesis Evangelion, also well as its apocalyptic finale The End Of Evangelion, would be coming to Netflix worldwide on June 21 dropped at AnimeJapan 2019. That’s good news for many. The show has been never been watchable on any streaming websites, and its most recent western release, ‘The Platinum Collection’, has long since out of print. Japan received a nice blu-ray collection a few years ago but possibly due to the tense situation between Khara and Gainax, much less ADV Films its former licensor in the US and those companies, it was never released. Both new fans and old will once again get to experience one of the greatest works anime has to offer. However, there’s just one caveat to this that up until today was an unknown; The Dub.

FYI Not only were our roles recast in Evangelion, but they never had any intention of even auditioning us in the first place. So stop wondering. No, Spike, Tiffany, Allison, and I are not in it.

Now that the Netflix release has been set in stone, several voice actors have been open about being recast. The above tweet comes from the original voice of Rei Ayanami, although Amanda Winn-Lee was replaced by Brina Palencia in Funimation’s dubs for the films. We don’t often cover dubs at Otaquest but Evangelion is an iconic, controversial series that’s near and dear to many people’s hearts. Whether or not you like the dub isn’t the issue, for many, it’s how they first experienced Neon Genesis Evangelion. People were buying $50 VHSes of Eva with only 2-3 episodes before many of us had made it through grade school. Spike Spenser, Tiffany Grant, Amanda Winn-Lee and Allison Keith are Shinji, Asuka, Rei, and Misato to many many people. 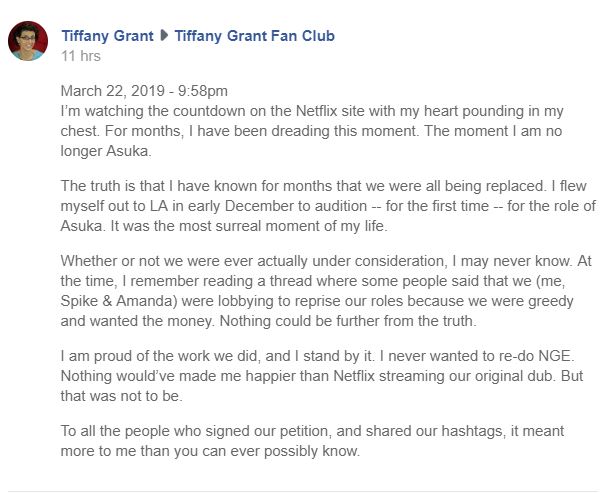 Asuka’s Tiffany Grant confirmed that she actually had to re-audition for Asuka and didn’t make the cut. Other previous actors have noted they aren’t in the show. Right now, it’s unknown of Netflix will rely on other voice actors who work in anime or use some of their Netflix cash to get big name actors to voice the Nerv crew. While it’s fun to think about who might play who, you can see people expressing disappointment all over social media. Netflix left people in the dark and having to find out via the original VA’s disappointment is a harsh pill to swallow.

I grew up with the dub of Evangelion myself. I’ve since watched the original Japanese and I have a strong fondness for both. With Netflix catering to more than just the anime audience, it’s understandable why they would want to feature a new dub. The classic dub does feature transitions differences and takes certain liberties, but also heartfelt performances that are synonymous with the Eva cast themselves. I’m not sure I’ll have it in me to watch the new dub.

The classic Neon Genesis Evangelion and The End of Evangelion come to Netflix June 21. Dub aside, if you haven’t seen it yet, you absolutely have no excuses not to now.