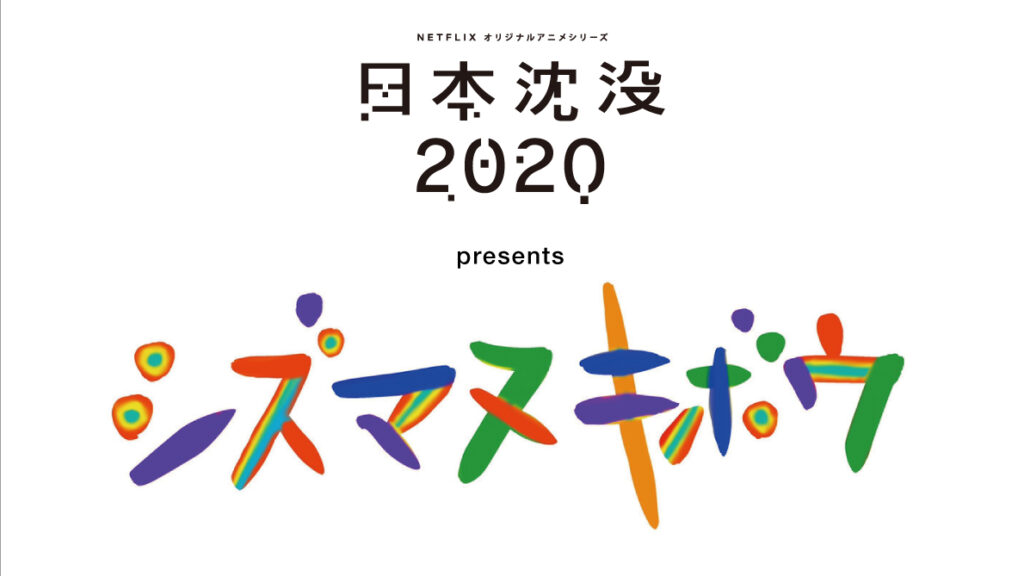 The idea of making a disaster series such as Japan Sinks: 2020 in a year full of disasters feels almost in bad taste. Newly-minted Science SARU CEO Eunyoung Choi is well aware of this fact. In a recent interview with the Japan Times, she said “we had no idea things would turn out like this when we made the series,” but that the series is also about “moving forward, one step at a time.” Choi hopes that “it’ll help deliver some positivity” because of this. The newly-launched ‘Shizumanu Kibou’ campaign, in turn, certainly reflects this.

Announced today following Japan Sinks: 2020’s worldwide premiere yesterday on Netflix, the ‘Shizumanu Kibou’ (lit. ‘Unsinking Hope’) campaign hopes to inspire positivity by bringing together both creatives and fans alike. The first part of the campaign is an ‘archive’ of content from the show’s musical collaborators: virtual YouTuber Kafu, who proved the final ending song; hip hop artist Daichi Yamamoto, and singer-songwriter Taichi Mukai. These collaborators will be releasing songs, videos, and other content as part of the campaign going forward.

The inspiration for the Shizumanu Kibou campaign apparently came from the scene featuring the character of Kite, who is a famous YouTuber in the story of Japan Sinks: 2020. More specifically, it came from the scene where he raps, as this supposedly represents his drive to keep going no matter the tough circumstances.

Fans are also invited to participate in the Shizumanu Kibou campaign by utilizing two hashtags. The first, ‘#キボウのマイクリレー (lit. mic relay of hope),’ hopes to inspire a viral trend on the basis of KEN THE 390’s song that was used in the show. The second hashtag, meanwhile, invites users to post pictures of scenery that is ‘important’ to them, or images of Japan that they would ‘like to leave for the future.’ These can be posted using ‘#キボウの風景.’

All of this is no doubt functions as good, free publicity for Netflix, but also represents the core of Masaaki Yuasa’s anime adaptation. In my short time with the series, I have been struck by the contrast between the light and the dark; between scenes of intense tragedy and profound beauty, which cause me to reflect on the struggles of my everyday life. That’s definitely nothing new, but the Shizumanu Kibou campaign certainly does a good job in encapsulating it.