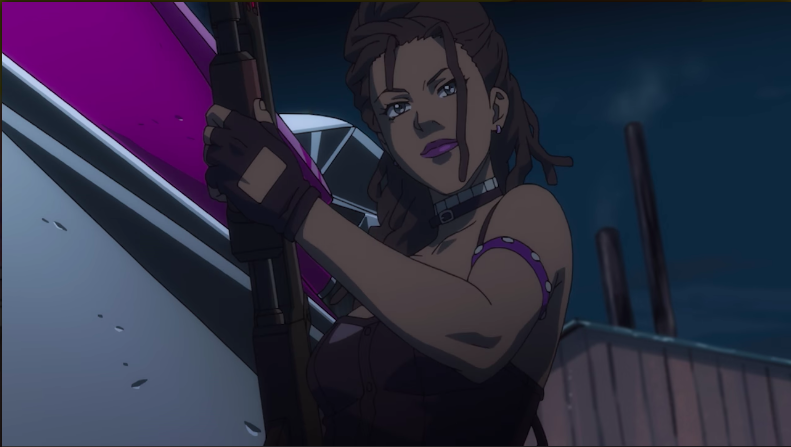 Netflix Experimenting with Weekly Releases Worldwide; What Does This Mean for Japanese Media?

Streaming video company Netflix plans to start releasing episodes of select shows on a weekly basis starting this fall according to reports, marking a potential shift away from dropping entire series at once to promote the idea of “binging,” the model the tech giant has long embraced. The move comes at a time when multiple new services are set to arrive offering a similar approach to delivering content, and it could have a big impact on anime and other Japanese offerings.

According to reports shared on sites such as Comicbook.com, the experiment will start in October with the seventh installment of The Great British Baking Show, and also apply to Netflix’s original reality show Rhythm & Flow. The move appears to be tied to the reality nature of both shows, with reports speculating that the weekly release schedule will keep viewers hooked from episode to episode to see who gets eliminated.

We are on a mission to find the best undiscovered rap talent!  So excited to present our newest production @rhythmflow featuring @iamcardib, @chancetherapper and @tip!  Watch weekly starting Oct 9 on @netflix! pic.twitter.com/gx8RpM98wO

The timing also comes as Netflix braces to stare down several new heavyweights entering the streaming space. Disney+, launching this fall, will use a weekly release schedule for its original programming. “Our job is hard, but it’s not as hard, because our content strategy is about quality, not quantity,” Michael Paull, Disney’s president of streaming services, told The Verge. “Our content’s about curation.”

It remains to be seen if Netflix carries this over to their non-reality originals (and, it should be noted, a handful of existing shows on the platform do come out at a weekly drip, such as Terrace House or any anime series released weekly by a domestic broadcaster in Japan), but the company’s flirtation with a more traditional release pattern of shows raises many possibilities. For our purposes, it could also have the potential to change how Netflix’s original anime and non-English content is received.

A quality lost in the rise of streaming that was once common in discussions about TV was that of a shared experience. It’s something critics frequently lament in the age of Netflix — that feeling of watching something on a Sunday night and gathering around the proverbial water cooler to discuss with co-workers that also tuned in to find out who shot Mr. Burns or whatever else rose to the top of the ratings. Game Of Thrones excluded, a shift to a fragmented streaming world has resulted in fewer of these collective did-you-see-that shows, due to a binge mode that means everyone watches things at different paces and a seemingly endless selection of shows old or new to watch.

Don’t get too rosy-eyed about that situation — sure, you could make small talk with Pete from accounting about Seinfeld, but few traditional networks pre-streaming would ever have touched half of the English language stuff now floating in the digital ether, let alone anything requiring, ‘ewwwww’, subtitles. Players in the streaming space are helping to highlight more non-English material, and Netflix, in particular, deserves credit for bringing works from outside the Western world to a wider audience. For the purpose of OTAQUEST, their focus on anime and other Japanese productions are worth applauding, given how shows coming out from the country have long been pushed towards the dustier corners of the media world.

Yet Netflix isn’t necessarily crushing it when it comes to promoting these offerings. The company doesn’t share viewership numbers for specific shows (and when they do, the numbers often sound too nutty to take seriously), so knowing how well anything on the platform performs comes shrouded in mystery.

As a result, “buzz” — in media outlets or on social media — becomes a stand-in for actual data. Buzz, generally, develops over time — even something like the massive Game Of Thrones took some time before your parents could talk to you about John Snow — but the dump-it-all-at-once model rarely leads to this gradual build-up, save for some well-timed exceptions (like this year’s Tidying Up With Marie Kondo, a charming show about folding shirts that took off because an entire season dropped during the long New Year’s holiday).

The majority of Japanese offerings (and the bulk of non-English shows on a platform like Netflix, but hey look at what site you are at, what do you think we were going to focus on), however, don’t benefit from that. Anime series tend to come out in one big drop, but that usually just means existing anime fans are the only ones flocking to those, and rather than organically build buzz thanks to a steady drip of great TV, Netflix instead commissions weak-ass ads masquerading as documentaries. Original dramas suffer in the same way. The Naked Director has seemingly done very well in Japan but feels like it has completely flown under the radar internationally, with very few reviews and no think pieces popping up on online outlets that live for shows like it. It isn’t a stretch to imagine an environment where The Naked Director comes out weekly rather than all at once, giving people eight weeks to gain steam. People are watching Terrace House for the drama, not because they want to see who “wins” at living in a fancy house.

The delivery formula isn’t about quality — it’s about creating conversation around a work of TV, and genuine enthusiasm tends to take time to bubble up. Netflix embracing more weekly drops of anime or other non-English shows could be the way for them to expand beyond the diehards bound to tune in regardless. They’ve done well getting the stuff out there, now they just need to find a way to get people who normally wouldn’t go for it piqued.